Winners and losers: who pays and who gains in SA’s budget

Some tax relief announced aimed at boosting investment and consumer spending, which should help stimulate the economy.
By Rene Vollgraaff, Bloomberg 23 Feb 2022  15:11 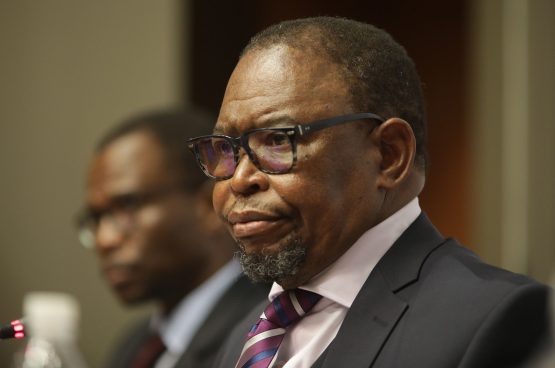 South Africa’s Finance Minister Enoch Godongwana, six months into the job, presented a budget that backs up President Cyril Ramaphosa’s focus on businesses in a bid to add jobs.

The minister announced some tax relief to boost investment and consumer spending, which should help stimulate the economy. However, he had to balance that with measures to stabilise and eventually reduce government debt.

Here’s a short list of winners and losers from Wednesday’s budget announcements.

Godongwana followed through on a pledge first made two years ago to cut tax for companies. The reduction in the rate — to 27% from 28% for the year starting April 1 — is the first since 2008. The move that will cost the government R2.6 billion in revenue for 2022-23 should boost investment and reduce tax avoidance. It also brings South Africa closer to the Organisation of Economic Co-operation and Development’s average corporate tax rate of 23%.

In a further step to spur companies to help employ young people in a country with a youth unemployment rate of 56%, the government will increase an employment tax incentive by 50% to a maximum of R1 500 ($99.70) per month. 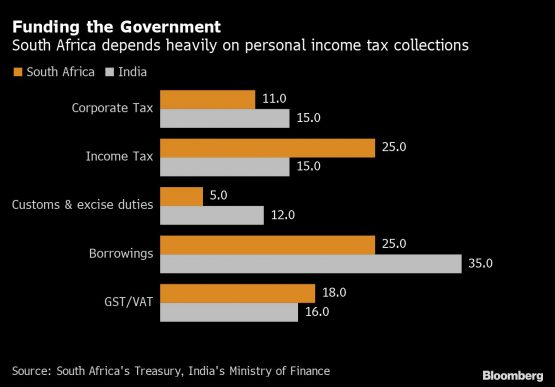 The Treasury will extend the first phase of its carbon tax by three years until December 2025. That means companies such as Sasol Ltd. and the state-owned Eskom Holdings SOC Ltd. can benefit longer from tax-free allowances and revenue-recycling measures. The carbon price, though, will rise progressively each year.

Car owners, users of public transport and other consumers will get some relief from the Treasury not increasing the fuel and Road Accident Fund levies for the first time since 1990. The cost of a liter of fuel rose about 40% last year due to the rebound in oil prices, pushing consumer inflation to the highest level in almost five years. Taxes make up a third of what motorists pay at the pump.

Tax brackets will be increased in line with the 4.5% inflation the Treasury projects for the 2022-23 fiscal year, shielding people who pay personal income levies from so-called “bracket creep.”

Below-inflation adjustments to personal income tax brackets and fuel levies are usually an easy source of extra revenue for the state.

The relief is mainly targeted at people in the middle-income group, the Treasury said.

Monthly social grant payouts to pensioners, military veterans and people with disabilities will increase by 5%, compared with only 1.6% last year. The child support grant will rise by 4.3%. Millions of people rely on these payments as their only source of income and the adjustment should boost consumer spending.

Civil servants will have to accept the Treasury’s hard line on pay increases or face possible retrenchment. The budget shows total compensation will only grow by an annual average of 1.8% for the next three years and while it allocates R20.5 billion in 2022-23 to meet the cost implications of a 2021 wage deal, there is no extra funding provision beyond that. This could anger labour unions representing the 1.3 million people employed by the government.

People with business interests who pay provisional tax and who have assets worth more than R50 million will have to start declaring specified assets and liabilities at market values in their tax returns.

The Treasury says this will “assist with the detection of non-compliance or fraud through the existence of unexplained wealth,” which means the super wealthy may end up paying more.

The struggling sugar industry could face further reduction in demand when the health promotion levy on sweetened drinks increases by 4.5%. That could hurt companies such as Tongaat Hulett Ltd. The government will also start consultations to lower the tax threshold for sugar content and extend the measure that was first announced in the 2017 budget to fruit juices.

Read: An increase in the sugar tax will decimate the industry

An increase of 4.5% to 6.5% in excise duties on alcohol will add extra pressure to an industry that was hit hard by some outright sale bans and more than two years of trading restrictions as part of South Africa’s Covid-19 regulations.

In addition to increases of 5.5% to 6.5% in the levies on tobacco products, the government proposed a flat excise duty on nicotine and non-nicotine solutions. That will add to the price of vaping products.