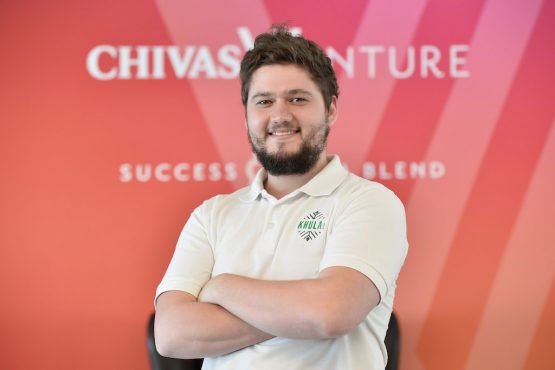 Women’s health, job creation, waste and the environment, food production and market access for small scale farmers. These were the go-to themes of the five finalists pitching to win the regional leg of the Chivas Venture final, a global competition to find the world’s most promising startup; one that blends profit with purpose in order to make a positive impact on the world.

The regional final was held on Wednesday at the Watershed, located within Cape Town’s V&A Waterfront.

The prize, for winning the global competition is $1 million in no-strings-attached funding.

Thus it goes without saying that each pitch was delivered with passion and each business has huge potential, yet when the time came for the judges to make a decision, their decision was unanimous.

Khula is a farming app that helps emerging and small farmers connect with local and regional markets. A pilot of the app was launched in 2017 and since then 2 500 to 3 000 farmers have registered on the app, with about 250 using it actively. “It is crazy to think that 30% to 50% of the food we produce is wasted – in a country where people are starving,” says Matthew Piper, co-founder of Khula.

The app aims to empower farmers, retailers and small logistics providers. “Retailers don’t know where the [smaller] farmers are, or what they are producing; similarly the farmers don’t know how to access the broader market,” he says.

The app allows a number of farmers who produce a fairly small harvest to combine their crops to reach requirements to supply their products on a larger scale. It also allows for shared logistics costs amongst many farmers. Local truck owners register on the app and get notified when a delivery job is available.

“What we have here is a company that is already on its feet, is already engaging with farmers and has demonstrable results,” says Marlon Parker, a social entrepreneur, founder of RLabs, and one of three judges at the event. “It has the potential to scale locally and globally, operates in a critical sector of the economy – agriculture – and will support job creation.”

In March Khula founders Piper and Karidas Tshintsholo will join the other 19 global finalists in the UK where they will take part in an accelerator programme hosted by The Conduit. The intensive training programme will include one-to-one pitch coaching and a set of learning sessions tailored for social entrepreneurs. The Chivas Venture 2019 will culminate in a series of pitches in April where finalists will battle it out for the remainder of the $1 million in funding.

Should they win, the funding will support a dedicated IT team as well as accelerated vetting of farmers who are on the system but have not yet been quality assessed, among other needs. “The model relies on trust, as such we have been very cautious about growth,” Piper says.

Two social entrepreneurs who have experienced the benefits – not of winning a million – but of being part of a global start-up competition are Kate Thiers Steere and James Steer, co-founders of i-Drop Water. Winners of the SA event in 2017, they were placed third in the global event. The publicity they received saw them win the Innovator of the Year award at the All Africa Business Leaders Awards, also in 2017. This, together with the training they received led directly to a partnership with Bluewater, a global water technology company based in Sweden, says James Steer.

They are not alone. The Chivas Venture programme has been running since 2014, and in this time over 8 000 applications were received and over 100 startups supported with funding and coaching. From turning plastic waste into affordable housing, and cow manure into sustainable fashion, to unlocking education for the blind, or lifting people out of homelessness through coffee, these startups have been redefining “business as usual” into “business as a force for good”.

Collectively they have already enriched the lives of more than 1 million people in over 40 countries, across six continents.

Brought to you by Chivas Venture.