Hottest millennial foodie trend is in the freezer

Food in the freezer is having its hey-day, especially for millennials.
By Craig Giammona, Bloomberg 12 May 2018  00:25 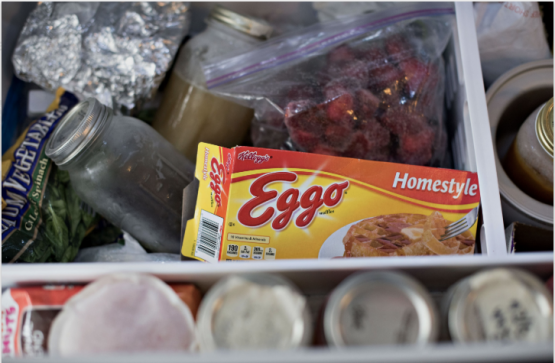 After slumping for years, the freezer case has become a bright spot in the supermarket aisles. Brands like Banquet frozen dinners, Eggo waffles and Stouffer’s entrees are rising in popularity despite appearing out of step with food trends such as quinoa, kale and farm-to-table.

Even millennials, a generation known for its foodie tastes, are embracing frozen vegetables and meals, which are convenient and less expensive than takeout. Americans in general are buying more frozen food, with volume growing in 2018 for the first time in five years, according to David Palmer, an analyst at RBC Capital Markets. Nielsen estimates annual US sales of frozen food at $53 billion (R648 billion).

The recent uptick in popularity stems in part from a record-high level of single Americans as millennials wait to form families. Frozen meals are an easy way to control portions, and there’s typically very little waste.

“There’s been a lot made of the death of frozen,” said Dewey Warner, an analyst at market researcher Euromonitor. “The average millennial doesn’t have time to make a full meal with fresh meat and produce. More and more they’re seeing these products as viable options.”

The unlikely comeback has lifted a number of companies. After a four-year slump, Kelloggs, maker of Special K and Frosted Flakes, has returned to growth in recent quarters. That’s thanks in part to a boost from Eggo, which benefited from its prominence in the hit Netflix series “Stranger Things” as the favourite food of a mysterious telekinetic girl named Eleven. The brand’s sales are up double digits in each of the last two quarters. Conagra Brand’s Healthy Choice and Banquet brands have reversed years of double-digit declines.

The resurgence has spurred talk of consolidation. For months, rumours have circulated that Conagra will try to buy Pinnacle Foods. More than half of Pinnacle’s revenue comes from frozen brands including Birds Eye and vegetarian Gardein. The two companies were said to have discussed a deal last year.

Conagra, with $7.8 billion (R95 billion) in annual sales, generates about one-third of its US revenue from the category, a percentage that trails only Tyson Foods and Pinnacle.

Nestle SA, the largest food and beverage company in the world, is the top seller of frozen food in the US with brands including Stouffer’s, Lean Cuisine and DiGiorno Pizza.

Since taking over in 2015, Conagra chief executive officer Sean Connolly has upgraded the look and taste of Banquet meals, a move he said has helped shed frozen food’s negative perceptions as overly processed and gotten customers to reconsider the next generation of TV dinners.

“The labels weren’t clean enough and the food was not high quality enough,” he said. “We’ve addressed both of those head on.”

The pressure on packaged-food makers to get bigger has intensified in the aftermath of Whole Foods Market’s sale last year to Amazon.com’s Frozen food, however, is considered relatively resistant to Amazon’s push to get shoppers to buy more groceries online because they’re tricky to deliver.

Vegans have also gravitated to the freezer aisle, looking for products like meat-free burgers, according to Jordan Rost, vice president of consumer insights at Nielsen. Those products have helped fuel growth by driving up prices.

“Those are things people are willing to pay a premium for,” Rost said.

Sales of frozen vegetables have been particularly strong, jumping 4.5% in the last year to $3.03 billion (R37 billion), according to Nielsen. For Pinnacle, sales in the overall frozen segment, driven by Birds Eye, were up 7.5% in the most recent quarter, while B&G Foods is getting a boost from its Green Giant unit. The company bought the brand from General Mills Inc for $765 million (R935 trillion) in 2015. Green Giant was up 13% in the recent quarter. That kind of growth is difficult to find elsewhere in the packaged-food industry. The 10 largest US companies have seen almost $20 billion (R244 billion) in revenue evaporate over the last three years.

With frozen food an unlikely source of growth, there could be mergers-and-acquisitions activity, according to Pinnacle CEO Mark Clouse.

“Over time it still makes sense for these businesses to be together in some capacity,” he said. “And I think it’s more of a matter of time than if.”