Soil, not grapes, is the latest must-know when picking a wine OK, you know the names of dozens of grape varietals and wine regions and all (well, almost all) the Bordeaux crus classes. You can name with ease the best Burgundy chateaux and famous vineyards such as Napa’s To Kalon.

But you’re not done yet.

Now it’s time to bone up on the latest must-know: the “dirty” side of wine. Not the geographic region, grape, or vineyard, but what’s below the surface of the land, where vine roots sink deep into the earth that (supposedly) gives a wine its true character and quality. Soil type is the latest way to classify wines.

At the James Beard Award-winning Husk restaurants in Charleston, S.C., and in Nashville, wines on the list are organised by rock type— limestone, granite, slate, volcanic. Under limestone, you’ll see a white from Portugal; under granite you’ll find two Beaujolais reds from Fleurie.

More and more bottles are highlighting their rock roots right on the bottle as well. The first cabernets from Argentine billionaire Alejandro Bulgheroni’s brand-new estate in Napa, which are being launched next month, include two wines in a so-called Lithology line. Each features a different type of rock on the label. Film producer and wine entrepreneur Mark Tarlov and Burgundian powerhouse winemaker Louis-Michel Liger-Belair, who are behind Oregon pinot noir winery Chapter 24 Vineyards, are also pushing the importance of identifying soil on the label in their Fire + Flood wines.

“If you prefer the Fire,” asserts Tarlov, of his pinot grown in volcanic soil, “you’ll like wine from volcanic rocks, with smoky, savoury flavours, like those from Sicily’s Mt. Etna. People who prefer the Flood [grown in sedimentary soil] are river people, who go for wines that are supple, rounder, and smoother, like Bordeaux.”

True, the concept that specific flavors are being transmitted from rocks to vines is not exactly backed by scientists —“Vineyard geology can’t be tasted in wine in any direct way,” says Dr. Alex Maltman, a geologist at Aberystwyth University — but many winegrowers remain convinced. Which means wine lovers should get prepared.

Think of the new rock-mania as the latest extension of the traditional French concept of terroir.

“Soil is making a comeback,” says natural wine high priestess Alice Feiring, whose new book, The Dirty Guide to Wine, comes out in June. It aims to convey the wider world of rocks in an entertaining personal way, offering helpful “cheat sheets” linking rocks, regions, and grapes. Feiring rightly points out that organic viticulture helps differences in the glass stand out as long as winemakers match the right grape to the right soil. I buy into that, too.

Take Muscadet, my go-to oyster wine. Wines from the local melon de bourgogne grape taste very different depending on the type of rock on which the vines grow. Over the past ten years, the best vignerons have been identifying the region’s top vineyard sites in terms of their rocks and soil. Since 2011, nine have been officially recognised as crus communaux, or grands crus. One of the first was Clisson, known for its bedrock of granite, whose wines are edgy, complex, and very mineral tasting, with salty power. Goulaine, known for its schist soil, produces wines that are rounder and softer. Some winemakers make several cuvées, each highlighting a different type of rock.

In Alsace, the grands crus are a geological laundry list that includes the granite of Brand and the volcanic site of Rangen. Interest in volcanic wines, has, well, erupted. Witness the popularity of bottles from the slopes of Mt. Etna and Greece’s Santorini. Oregon’s latest appellation, added in 2015, is the Rocks District, an area of dark-coloured volcanic basalt, whose wines have a distinct earthy, savoury flavour. It helps that volcanic grape-scapes also happen to be some of the most spectacular in the world. Volcanic Wines: Salt, Grit, and Power by Canadian master sommelier John Szabo, published last October, is proof enough, filled with knockout photos and fascinating info to equip you to get into the wine-dirt linkage with your sommelier.

If you’d rather just drink your way to knowledge, here’s my quick guide to rocks and their respective wines to try:

This fertile soil features a mix of sand, gravel, and silt. It has good water and nutrient retention, translating into the more opulent style of wine found on the Napa Valley floor.

Bottle to buy: 2014 Alejandro Bulgheroni Lithology Beckstoffer To Kalon ($175)
Of the Lithology series wines, this cabernet with a sandstone on its label was my favourite. It’s rich and complex, with dark mineral tones and smooth tannins, earthier than the winery’s opulent, powerful estate cabernet.

The hardest bedrock contains a lot of quartz and drains quickly, forcing vine roots deep into the earth. The wines have edgy flavours and structures.

This chalky subsoil, made from fossilised seashells left behind by a prehistoric sea, has been famous for centuries as the source of great wines in Burgundy and Champagne.

Bottle to buy: 2014 Patrick Piuze Chablis Les Preuses Grand Cru ($100)
Winegrowers in Chablis, such as Piuze, credit Kimmeridgean limestone for the deep, tangy and salty flavours of their chardonnays. This one, with aromas of flint and stones and layers of mineral and flower flavours, is shot through with energy.

Composed of flint and sand, this rock is found in Sancerre and Pouilly-Fumé in the Loire Valley and gives wines a smoky character.

Bottle to buy: 2011 Domaine Dagueneau Pouilly-Fumé Silex ($125)
This intense, deep, flinty sauvignon blanc from the Loire Valley has earthy-truffley aromas — and a cult following. Now made by the son of the late wild man Didier Dagueneau, it’s a wine to age.

Layered in broken slabs, slate warms quickly in the sun and retains heat, allowing grapes in cold climates to ripen fully. The steep vineyards in Germany’s Mosel region are famous for slate that gives rieslings a spicy, citrus, flower-and-flint taste.

Bottle to buy: 2012 Chapter 24 Vineyards The Fire ($60)
Vibrant and sparky, this pinot from Oregon’s Willamette Valley has plenty of bright energy and power with a spine of minerality.

Bottle to buy: 2012 Diamond Creek Vineyards Volcanic Hill ($200)
In the early 1970s, this Napa Valley winery introduced three cabernets from different soils.  This one, from a vineyard of gray volcanic ash is savoury and long, with flavours of dense minerality.

We’ve been doing this in the Cape for a few years already! Catherine Marshall Pinot Noirs are available as Clay Soils and Sandstone Soils. 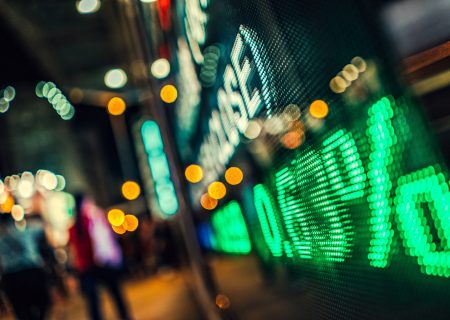