The company has never met its own emissions targets, and shareholders don’t seem to have noticed.
By Patrick Cairns 16 Aug 2019  00:17 Sasol should be keeping its shareholders on board by leading the engagements, not the other way around. Photographer: Waldo Swiegers/Bloomberg

Since 2005 Sasol has failed to meet any of the greenhouse gas (GHG) emission targets it has set for itself. Yet these targets have been revised upwards three times, with little explanation or acknowledgement from the company.

An analysis of Sasol’s reporting going back to 2000 shows that despite repeatedly setting goals to lower its GHG intensity – which measures how much carbon dioxide it produces per ton of product – it has consistently failed to do so. Its greenhouse gas intensity was in fact higher in 2018 than it was in 2002, which was the first year the company disclosed this measure.

This suggests a lack of concerted action from the company that operates the world’s biggest single-point emission source – it’s coal-to-liquids plant in Secunda. Given increased government interventions around climate change, there is a huge risk to Sasol if it is forced to address emissions from this plant.

The frequent changing of targets also indicates an absence of accountability at the company. Sasol first indicated that it was looking to reduce its greenhouse gas intensity in 2002, when it noted that using more natural gas in its processes, rather than coal, would lower carbon emissions. In 2005 it announced its first actual target for these reductions.

Yet, as the table below indicates, the company has never met any of its goals.

This shows how Sasol has repeatedly adopted new targets without ever attaining the previous ones.

“In 2013, we undertook a further review of our GHG intensity targets in response to government policy developments, as well as the changes in our emissions baseline following the sale of Arya Sasol Polymer Company and Sasol Solvents’ Germany operations (these being lower carbon, higher production facilities), and the exclusion of the Oryx GTL reporting data from our SD reporting boundary.”

Little progress and not much ambition

The sale of Arya Sasol Polymer and Sasol Solvents’ Germany operations did push up the company’s GHG intensity as these were low emission, high production facilities. However, even before these businesses were sold, Sasol had made almost no progress towards its target. Its GHG intensity in 2012 was only marginally lower than it had been in 2005.

Sasol’s latest decision to adopt its carbon budget as its emissions target is also unambitious. It is not a reduction target at all.

As the company itself noted: “Sasol in South Africa has been issued a carbon budget (emission limit) for 2016-2020. In total, our SA operations budget contemplates a limit of 301,7Mt [megaton] carbon dioxide equivalents over the five years, making provision for growth.”

This budget equates to 60.34Mt of carbon dioxide equivalents per year. In 2018, the company’s South African operations emitted 55.27Mt.

Sasol is therefore not looking to reduce its local emissions, but giving itself allowance to increase them.

Yet shareholders seem largely oblivious to this constant shifting of the goalposts. Moneyweb spoke to a number of big asset managers who are major shareholders in the company, and none were able to accurately describe the company’s emissions targets, how they had changed, or whether they had ever been met. Only Allan Gray appeared to have a real grasp on the targets and how frequently they had been altered.

One of the large asset managers was so unaware of Sasol’s lack of accountability on this issue that it started off by telling Moneyweb that it “applauds” Sasol for its environmental policies. Given that Sasol’s share price is lower today than it was 10 years ago, it seems incongruous that asset managers would not place the company under greater scrutiny.

The critical issue is that for shareholders in a company like Sasol to fully understand and evaluate the risks to their investment, they need to have complete information. They also need consistency, so that progress over time can be measured.

“I think the fundamental point is that stakeholder reporting is supposed to enlighten people,” Tracey Davies, executive director of Just Share, told Moneyweb. “It is supposed to help them understand your risks and opportunities.

“But this kind of reporting just confuses people.”

While it is obvious that most of Sasol’s large shareholders haven’t been as diligent as they should be about holding the company to account, Sasol’s constant changing of targets has made it unnecessarily complicated for them to do so.

“The foundation of shareholder engagement with investee companies is on the basis of what those companies disclose,” Davies explained. “If their disclosure around emissions and targets and baselines is confusing or opaque, it makes it very hard for shareholders to engage with the company on a level playing field. That in turn makes it very hard for them to understand their risks.”

While Sasol clearly needs to improve in this area, there has also been a lapse in oversight from the company’s major shareholders. Of the asset managers Moneyweb spoke to, only Allan Gray has challenged the company on its failure to meet its own targets. This is at odds with the fact that most of the asset managers Moneyweb asked for comment reported that they were engaging deliberately with Sasol, trying to obtain more information from the company and encourage more concerted action to manage the risks posed by action on climate change.

Jon Duncan, head of responsible investment at Old Mutual Investment Group, noted that this may partly be because investors are looking at different measures. Their primary metric, for instance, is the company’s GHG intensity per unit of revenue, which shows whether the company is successfully decarbonising its revenue streams.

There is also broader frustration from many asset managers about Sasol’s reporting in general and its willingness to discuss mitigation strategies.

“What is clear is that awareness among shareholders, society and government has grown materially over the last three years over the risks of climate change and how little time there is to take action,” said David Couldridge, head of ESG engagement at Investec Asset Management. “We have been trying to improve the transparency and information available to us from Sasol, because at the end of the day if the coal-to-liquids or liquid fuels business gets closed down because of scenarios that you and I can’t envision at the moment, we need to have clear sight on the risks. We have asked the company to make use of the TCFD [Task Force on Climate-related Financial Disclosures] for this purpose.”

Allan Gray ESG analyst Raine Naudé believes that a company in Sasol’s position should be far more proactive on this issue. It should be keeping its shareholders on board by leading the engagements, not the other way around.

“I think that a company like Sasol should be approaching shareholders and asking: ‘What do you want to know?’” Naudé explained to Moneyweb. “That would allow for more meaningful engagement.”

In a positive step, Sasol has committed to releasing a comprehensive climate change report next month as part of its suite of annual reports.

This, it says, will aim to include: “An update of Sasol’s climate change scenario work; an overview of the activities to manage our risk and opportunities related to climate change; an overview of our adaptation strategy; and a view of long-term greenhouse gas (GHG) targets and internal fiscal instruments.”

Shareholders are cautiously hopeful this will offer a better sense of the company’s strategies.

For Couldridge, it is important that whatever Sasol produces is tangible and credible.

“The critical issue is what are they going to do from a strategic point of view about these very serious challenges in front of them,” Couldridge said. “At the moment, it almost feels like the can is just being kicked down the road.”

In part two of this special report next week: Addressing the complex problem of Secunda’s GHG emissions

This is the “One Off item write down” champion of SA stocks. Every time results are published some excuse.

Sasol has a lot to do with me not investing a single sent in SA Inc anymore.

The list is never ending and the ones not on the list will make their way onto it in time to come.

This is the risk that your “concerned” government is forcing you into with Regulation 28 instead of protecting you from.

Wait till the SO2 emissions standards (not goals) kick in by 2025.

Allan Gray is not the only asset manager to comment on Sasol. I know for a fact that another asset manager has been engaging directly with the board. Unfortunately for investors, the lack of accountability is not just limited to Lake Charles.

Good article. Sasol has been a signatory of the Responsible Care Initiative, managed in SA by the Chemical and Allied Industries Association, for at least 20 years. I wonder how they escaped scrutiny there? 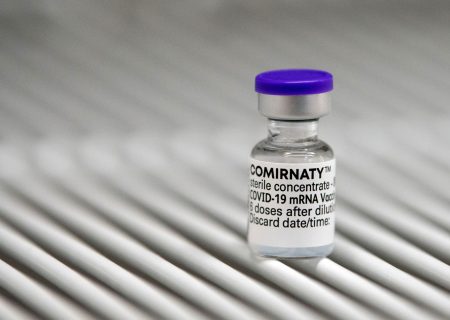