Pantry staples such as sugar and vinegar are becoming highly coveted ingredients among forward-thinking chefs.
By Gabriella Gershenson, Bloomberg 20 Oct 2019  00:53 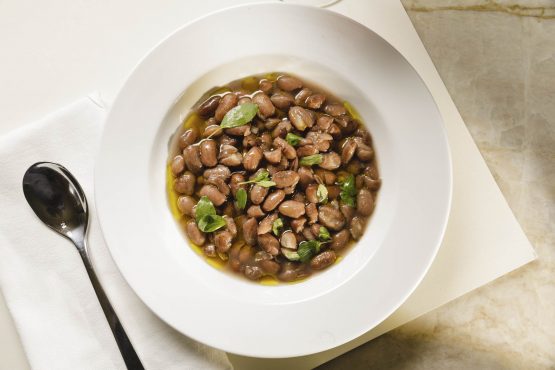 If you want to add instant luxury to a dish, you can grab a truffle and start shaving. Or add a dollop of glistening black caviar. That’s also a guaranteed way to validate a high-priced dish on a menu.

Beans in a generous pool of olive oil don’t scream “indulgence” in quite the same way. Yet, high-end versions of such pantry staples as sugar and vinegar have become highly coveted ingredients among forward-thinking chefs in New York and Chicago. They’re also raising the cost of your meals.

At the recently opened La Mercerie cafe in New York, chef Marie-Aude Rose sources her butter from Bordier, a cult French producer who kneads his butter, a process that costs four times more than those for other premium varieties. In fact, she dedicates an entire section of her menu to the “Specialty Butter from Jean-Yves Bordier.” Rose, who cooked at the acclaimed Spring in Paris, is one of the few restaurateurs in the country to carry this elite product—Bordier started shipping to the US just as she was opening La Mercerie.

Rose serves the butters, including nutty buckwheat and olive oil-lemon, for $7 for a 25-gram morsel with bread. She also uses Bordier in her cooking. A dish of six oysters with seaweed-flecked butter goes for $24. Each oyster costs $1; its butter accounts for $1.50. Rose says she would bake with the Bordier butter, too, but concedes that “the quantities for pate feuillété for croissants are just too much.” That’s understandable: Her husband, Daniel Rose of Le Coucou in New York, has said he pays more for Bordier than he does for foie gras.

“We don’t use caviar, we don’t use foie gras, we don’t use uni,” says chef Clare de Boer, who, with Jess Shadbolt, runs the kitchen at King in New York. Instead, they are heavyhanded with oil—specifically, vibrant Capezzana, an organic, single estate, first-press olive oil from Tuscany. “We go through four to six bottles a day,” says de Boer, who pays close to $38 for a 16.9 ounce bottle. She and Shadbolt douse the peppery finishing oil over poached wild striped bass, baked borlotti beans, and pillowy ricotta gnudi. It even infuses an unconventional olive oil semifreddo. “At our restaurant, it’s one of the biggest expenses,” says Shadbolt.

At the Greek seafood temple Milos in midtown Manhattan, fish are shipped in from the Mediterranean and priced by weight—some upward of $50 per pound. But the salt is equally valuable. Owner Costas Spiliadis buys Greek fleur de sel from Kythira, a pristine island where lots for harvesting sea salt are auctioned off to residents. Spiliadis uses the hand-gathered salt at his six Milos locations around the world. “I don’t think it would be fair to say, because of the sea salt, my prices are higher by that much,” says Spiliadis. But since his salt costs 10 to 15 times as much as other gourmet salts, per Spiliadis’s approximation, the price does add up: Greek salad, seasoned with the salt, costs $33. And the salt-crusted fish has a $15 supplemental fee attached.

At the acclaimed Japanese restaurant Momotaro, executive chef Mark Hellyar insists on using Japanese cane sugar in his sushi-su, the seasoned-vinegar mixture that gives sushi rice its distinct tang. Hellyar finds that the Japanese sweetener adds purer flavor and a moister texture that its standard American counterpart. But it costs about five times as much, and Hellyar estimates that he goes through 50 pounds of the sugar each week. “Some people think that if we use regular sugar, the customer won’t notice,” says Hellyar. “They will.”

Chef Michael Vignola is a believer in subtlety. “I’m all about that nuanced flavor that you can’t quite put your finger on,” says the chef at Henry at Life Hotel in New York. He buys Lindera Farms honey vinegar, a one-year cask-aged elixir that’s part of a new crop of artisan vinegars priced in line with top-quality balsamic from Italy. Vignola uses a hefty splash, about $1 worth, in every order of his Faroe Island salmon tartare.

I thought I was on foodweb and not moneyweb, yeah I get the angle, that is how restaurants drive up the price of your meal.

In my opinion it has nothing to do with taste or ingredients but the STOORIE attached to it…….and I will be eating Panda Steaks tonight…..

It is remarkable that in the last few years how this stuff has accelerated, just look at how many shows there are on Cooking / Secret Sauce / Orgasmic expressions when eating / flicking spices off the palm of your hand, travelling and don’t forget the slicing technique.

I enjoy eating out like anyone else but the spin has reached ridiculous proportions, talk about making something out of nothing at all.

My second most enjoyable media sensation is the Royals and the spin attached. Most recently there was huge noise about their carbon footprint when using Elton John’s jet yet all the meals above are also flown in from all over the world.