Choosing the right matrimonial property regime is as important as choosing the right person to spend the rest of your life with, because both decisions have everlasting consequences.
By Amanda Visser 23 Mar 2021  00:09 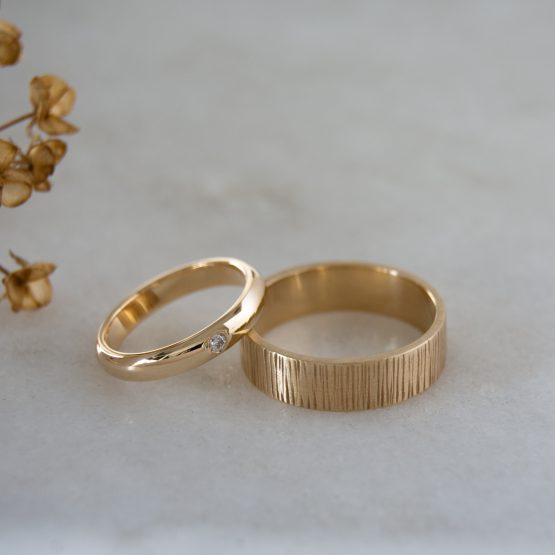 Big day, big decisions: the choice of matrimonial property regime, and whether to include or exclude accrual, is far more important than the colour of the flowers at the wedding. Image: Supplied

South Africa has excellent laws aimed at protecting the vulnerable, but the average person is often unaware of them, and in many instances does not have the necessary resources to rely on them, says Angélique Visser, member of the Fiduciary Institute of Southern Africa (Fisa), Fiduciary Practitioner of SA®, and Director of Baraza Wealth.

Top priority on the wedding ‘to do’ list should be a discussion with a fiduciary specialist. Poor or no planning in terms of which matrimonial property regime to choose and whether to include or exclude accrual will be much more severe than choosing the wrong colour flowers for your wedding.

“If you do proper planning prior to your marriage or prior to entering into a long term relationship you can prevent many legal battles later on,” says Visser.

Marital Property Law can be described as the rules that govern the monetary consequences of marriage – both during the marriage and at termination, whether the latter is due to death or divorce.

In community or out of community

A marriage in community of property means there is one estate that belongs to the spouses jointly in equal undivided shares. The separate estates of individuals merge when they marry, and the spouses have equal rights to administer the joint estate for the duration of the marriage.

If individuals do not wish to be married in community of property, they may enter into a contract known as an antenuptial contract, prior to their marriage. It is important for this contract to be registered before their marriage to ensure that it is enforceable.

The effect is that each individual will retain their estate, which consists of assets and liabilities, after conclusion of the marriage, as well as all estate assets acquired during the existence of the marriage.

The couple-to-be should decide whether to include or exclude the accrual system.

If the accrual system is not explicitly excluded, it will by default be included which means that the net assets accumulated by each spouse during the existence of the marriage are shared equally between the spouses at the dissolution of the marriage, either by divorce or death.

It is important to note that the spouse who had no or little accrual cannot simply claim specific assets such as the holiday house or wine collection. They will only be able to claim an amount that will leave them with the same value as the spouse with the large accrual.

“The parties may, however, agree to share specific assets to ensure both end up with an equal value of assets acquired during the marriage,” notes Visser.

Many couples prefer to live together without formalising their relationships, despite the fact that the South African legal framework provides equal rights to all individuals who enter into marriage.

“These couples are referred to as life or domestic partners and are currently the least protected in law. It is often only once the relationship ends that they raise questions about financial rights,” says Visser.

“Battles with a partner’s heirs, if the partner is not provided for in a deceased partner’s will, can carry on for years and cost them dearly in legal fees when the relationship ends.”

This could be prevented by having up-to-date wills and by entering into an agreement that regulates the financial affairs between them. The agreement is generally drawn up by a lawyer and is quite similar to a partnership agreement that can be adjusted as circumstances change.

“It gives some comfort that you will be entitled to claim against the estate that you have contributed to should there be disputes when the relationship ends.”

Visser often finds that business owners who have sold an interest to a business partner in a closed corporation (CC) have no agreement on what will happen to the interest when one of the members dies.

In terms of the Close Corporations Act (which still exists, even though one cannot register a new CC) one will need the other member’s consent to transfer the deceased member’s share.

“In most of these instances the co-member does not give their consent because they do not want the children or the spouse of the deceased member to be a part of their business.”

The matter is bound to end up in court with potential dire financial consequences. It is important to have an agreement that will allow for the transfer of the interest upon death.

Visser says a valuable tool in estate planning is to add a clause in the antenuptial contract that allows for life assurance policies for the benefit of the children.

The proceeds of these policies will be exempt from estate duty. That could mean a saving of 20% or even 25% depending on the size of the estate.

She advises couples-to-be to seek advice if they feel overwhelmed by the options and the consequences. A combined 14 000 basis points in interest-rate hikes this year has played a role in drying up liquidity.