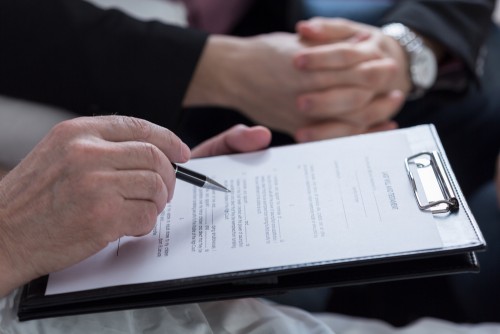 The advantages of a family business trust far outweigh the disadvantages, says Penelope du Plessis, vice-chair of the Fiduciary Institute of Southern Africa (Fisa). However, it is critical that there is a clear separation of control and benefits.

The Supreme Court of Appeal, more than 15 years ago, highlighted the need for an independent outsider as a trustee when all the parties to the trust are connected.

In the case of the Land and Agricultural Development Bank of South Africa v Parker and others the appeal court stated that “the essential notion of trust law, from which the further development of the trust form must proceed, is that enjoyment and control should be functionally separate”.

Du Plessis says from 2017 all family business trusts had to appoint an independent trustee. If no appointment is made, the Master of the High Court can refuse to register the trust.

Generally, the founder of the trust or the other trustees have the right to nominate an independent trustee. Failure to do so will result in the master appointing someone.

The Trust Property Control Act, which governs all trusts, also has a section that sets out when an independent trustee should be removed. This includes when they are declared insolvent, or have a criminal record or mental illness. This is in fact applicable to all trustees, notes Du Plessis.

The essence of any trust is that no one trustee may have more power than any of the others. “They have to act together at all times. The powers and rules about the manner in which decisions are made should be clear and simple.”

The powers of the trustees and the rules around decision-making should be set out in the trust deed. It must set out the course of action when there is a difference in opinions or when a deadlock is reached.

“Some trust deeds are silent on these matters, but any good trust deed should obtain clauses setting out the decision-making rules,” advises Du Plessis.

Knowing what to do

She refers to the Slip Knot Investment v Du Toit case where a trustee was held jointly responsible with the other trustees for the payment of almost R8 million, despite claiming that he was only a trustee “in name” in the trust of his brother and nephew.

The Supreme Court of Appeal had little regard for the excuse that the respondent in the case was a farmer and not a businessman and that “he had nothing to do with the trust” and the loan advanced to the trust.

“The respondent was a trustee of the trust. He may have been a farmer, but this is of no consequence. The respondent had his own trusts and managed them. He must have known what a trust was and what the duties and responsibilities of a trustee were,” the court found.

In that case Slip Knot advanced a loan to his brother’s trust, and part of the loan agreement was a suretyship. Du Toit signed the documents, which contained the suretyship, without reading any of them. When the trust did not honour the agreement, the trustees were held liable in their personal capacity.

Du Plessis stresses the importance of making sure that every decision is discussed and voted on. There must be evidence that the trustees applied their minds in terms of all the decisions and that they acted in the interest of all the beneficiaries.

In the affidavit they declare and undertake that they have no family relation or connection, blood or other, to any of the existing or proposed trustees, beneficiaries or the founder of the trust.

They also have to declare and undertake that they are competent to scrutinise the conduct of the other trustees and that they are knowledgeable in the law of trusts.

Du Plessis says the level of knowledge required sets the bar quite high for independent trustees.

“It is not only about trust law, it is also about understanding business contracts, succession planning, investments, tax planning and legislative changes that affect trusts.”

She says a good indicator of the level of expertise is when an independent trustee has the status of Fiduciary Practitioner of SA® (FPSA®), for which designation a Fisa member can apply to Fisa upon successful completion of the Advanced Diploma in Estate and Trust Administration at the School of Financial Planning Law at the University of the Free State.

Du Plessis stresses the importance of a well-drafted trust deed. “Avoid any complications down the line by checking the trust deed and letter of authority to ensure an independent trustee has been appointed.”

Importantly, make sure the trust deed makes provision for the replacement of independent trustees.