Possible capital gains tax is compounded by the fact that the applicable exclusions have not been adjusted for inflation for years.
By Amanda Visser 4 Mar 2020  00:28 Fisa has been highlighting the fact that estate duty and CGT can be seen as double taxation upon death. Image: Shutterstock

People mostly associate estate duty with death. However, this tax is only payable if the net estate, after deducting liabilities, other deductions, and bequests to the surviving spouse, exceeds R3.5 million, explains Louis van Vuren, CEO of the Fiduciary Institute of Southern Africa (Fisa).

A nasty sting in the tail is the potential impact of capital gains tax (CGT) upon death.

Capital gains must be included in the final income tax return that must be prepared after the death of a taxpayer.

The Income Tax Act provides that the deceased is deemed to have disposed of all their assets to the deceased estate. As there is a deemed disposal of each asset, the gain representing the value increase from the base cost (the acquisition value plus some allowed additions, for example, capital improvements to a house) to the market value on the date of death is potentially subject to CGT.

Fortunately, there are some exclusions. A gain of up to R2 million on an individual’s primary residence is excluded, as are personal assets such as private vehicles. Cash is also exempt from CGT. While individuals have an annual capital gain exclusion of R40 000 during their lives, the exclusion in the year of death is R300 000.

While this has benefits in terms of managing the risk to the shareholder, the effect is that a low base cost eventually means quite a high CGT liability.

Tom’s CGT liability at death will be as follows:

Let us assume Tom has a taxable income in the 2021 year of assessment of more than R1 577 300 before the inclusion of the taxable gain. The above taxable gain of R2 827 760 will be added to his taxable income and, at an assumed marginal tax rate of 45%, the CGT will be just over R1.27 million, unless the shares go to his spouse. This is unlikely to happen, as it is usual for co-shareholders to enter into a buy-and-sell agreement to buy each other’s shares upon death or disability. In this situation, there is a risk of a cash shortfall in the deceased estate.

If Dick and Harry held enough life insurance on Tom’s life to pay cash into his estate in exchange for his shares, there will obviously be enough cash available to pay the CGT. However, the agreement could make provision for Dick and Harry to pay the purchase price in instalments over several years. Then the CGT would still be payable upon his death by his estate, which could then be severely short of cash.

Fortunately, we did not see an increase in the inclusion rates for CGT in this year’s national budget, as was rumoured before the event. However, the fiscus benefits from an ‘effective’ hidden increase in CGT.

This means that effectively, upon Tom’s death in our example, the CGT burden is R27 000 more than it should have been.

If the market value of ABC is R10 million at the date of Tom’s death and his shares are therefore valued at R6 million, the business would qualify as a small business for CGT purposes and a further R1.8 million exclusion for the disposal of a small business interest at death would be available.

Van Vuren says Fisa has been highlighting the fact that estate duty and CGT can be seen as double taxation upon death.

“While there are opposing views about this, the fact remains that both are taxes on the same assets at the same point in time – at the death of the owner of the assets,” he says.

“The only consolation is that the CGT payable is a deduction in the estate duty calculation, but it remains a cash drain on the estate.”

If all assets, including shares, are held in an effective trust structure, zero CGT and zero death taxes will be payable as there will be Zero in the estate. No need for extra life cover for death taxes.

Double Trust structures obviate death taxes in totality and No, trusts don’t pay more taxes even though the tax rate on trusts is exorbitant. A trust will never pay tax if managed correctly.

Trusts have a role to play, but moving anything other than cash into a trust carries a CGT cost. Loans to a trust carry a donations tax price due to sec 7C of the Income Tax Act. In this year’s Budget Review (p132) there is an announcement that preference share schemes to avoid sec 7C will be closed down. Get professional advice before you jump from the pan into the fire. If you have already done so, good for you.

Life and religion. Before and after death. It make sense to make the right choice. History proven. Come the scary moment, you will be guided by professionals, having heavenly connections. 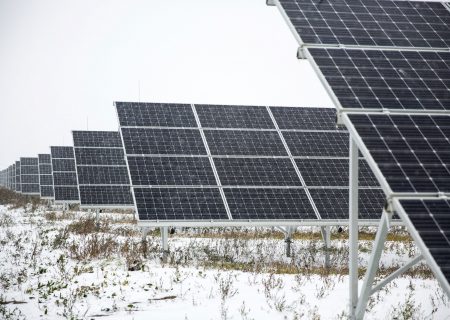