Why a DIY will is not a good idea 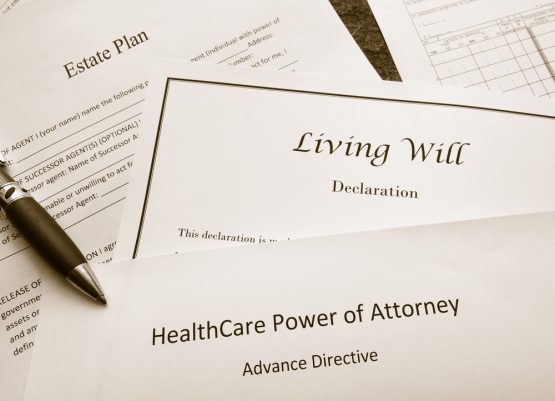 If not drafted with sufficient forethought and knowledge of the law, a will can cause further grief and hardship for those who are left behind. Picture: Shutterstock

Many people believe that drafting a will is something they can do themselves and even save some money at the same time.

However, the Fiduciary Institute of Southern Africa (Fisa) warns that you are walking blindly into a minefield of legislation and legal rules if you are planning your estate and making a will without adequate knowledge.

“A poorly drafted will has the potential to undo everything you are trying to achieve,” says Fisa CEO Louis van Vuren.

He has seen the additional costs and frustration people encounter when they ignore this advice and are then faced with serious consequences.

The devil is in the detail

One of the first pitfalls is incorrect wording. “It is best to name the heir by his or her full names in the will. Make sure there can be no doubt who the heir is, especially in cases where family members may have the same name or initials.” In those cases it is a good idea to include identity numbers with the names of the heirs.

He adds that if the will simply names ‘descendants’ as heirs the executor will have to ascertain who all the ‘descendants’ are. It could be that there is a child or a grandchild the testator (the person drafting the will) is not aware of, or perhaps one he or she does not want the rest of the family to know about.

Sometimes people think words like “my business” and “personal effects” are self-explanatory.

Van Vuren tells of a businessman who ran a sole proprietorship flying tourists around the Cape Peninsula in helicopters. One of his helicopters crash-landed and some of the (foreign) tourists were slightly injured. They sued the business for pain and suffering.

While the case was pending the owner died. He had bequeathed ‘the business concern … together with all its assets and liabilities’ to his son and the question arose what exactly that meant. The Western Cape High Court found that it meant the assets and normal trade liabilities, but not the legal claims against the deceased. Since it was a sole proprietorship, ‘the business’ was the individual. The claims for pain and suffering were claims against the business owner as a person, and could not attach to his estate.

“In this case it worked in favour of the son, but it can create chaos if one does not know what forms part of the business and what does not,” says Van Vuren.

A bequest of “my jewellery” could be another very inaccurate description. If it means a few items of costume jewellery it is in order. However, if there are several pieces with a high value, it could create problems in cases where the jewellery is bequeathed to “my daughters” and they start arguing about the different pieces.

“It is amazing how many wills drafted as a do-it-yourself exercise lack a bequest of the residue. The residue is what is left after all debts, costs, taxes and special bequests have been paid and dealt with,” says Van Vuren.

If there is no such bequest and there is a residue left, the estate will be partially intestate and the residue will be divided according to the rules of intestate succession. “That just creates additional work, costs and uncertainty,” he says.

When a testator makes a conditional bequest it will only be effective if there is a sanction when the condition is not met. If a father wants a child to complete his or her degree before inheriting, then he should state what happens to the inheritance if that condition is not met.

In the absence of such an alternative, the condition will be ignored.

Some things you just cannot do

Van Vuren advises people to leave life insurance policies with nominated beneficiaries out of their wills. He says life insurance is a contract between an insurer and an individual, and there is a specific procedure that needs to be followed if the individual wishes to change the beneficiary. If the testator names a new beneficiary in their last will, the life insurer will usually not be bound by this provision.

“Generally speaking, a will cannot override a contract.”

It is also important to note that it is impossible to bequeath retirement fund benefits. While the benefits are under control of the fund, the Pension Funds Act provides that they do not form part of the estate of the member of the fund. Therefore, these benefits cannot be bequeathed in a will.

It might be hard to believe, but there are cases where people have renounced their inheritances. This may however not be so easy to do.

For example, if a deceased mother bequeathed a property to her sons subject to a usufruct in favour of their sister and the two brothers want to let their sister inherit the property in full and not just the usufruct, they could renounce their inheritance. If one of them has a child, however, a provision in the Wills Act stipulates that the child will substitute the brother who renounced. The child could also renounce if already over 18 years of age. If not, the child cannot renounce and the parent (the son of the deceased) can also not renounce on behalf of the minor child.

A will is probably the most important document most people have to sign, yet the way some people choose to draft it may cause further grief and hardship for those who are left behind.

Once the testator has passed away the only way to determine what the person intended is from the wording of the will.

Court cases to settle disputes are expensive and take a long time, and in the meantime the rightful heirs just have to wait for the matter to be finalised before they can enjoy their inheritance.

In the long run it may turn out to be substantially cheaper to pay a professional to do it right from the beginning.

Just in another recent article Moneyweb is writing how to DIY your financial planning but a DIY will is not a good idea?