How to trade commodities (and which ones)

If we are at the start of a multi-decade supercycle in commodities, how can traders make the most of it?
By Ciaran Ryan 7 Apr 2022  00:02 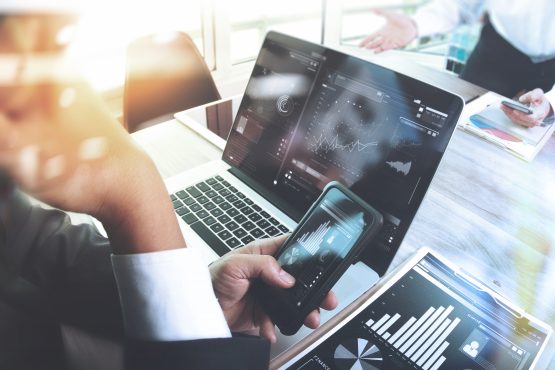 Goldman Sachs head of commodities research Jeffrey Currie argues that we are about one year into a commodities supercycle that has already seen oil, natural gas, copper and a roster of metals break new highs.

He made that forecast before the onset of the Ukraine war, working exclusively on the likely shortfall in supply for key commodities, with those most likely to benefit being metals used in the green economy – such as copper.

Shaun Murison, senior market analyst at IG, says there has been a noticeable spurt in commodities trading in recent years. “For many traders, commodities offer the right amount of volatility and, more importantly, exposure to the real economy rather than the financial economy.

“We’ve seen prices of commodities like oil, copper, zinc and palladium go through the roof as a result of the post-Covid economic rebound, and more recently because of the Ukraine war. And, as high as these prices are, we may not be anywhere near the top of the cycle.”

Some analysts argue that we may be in the early stages of a commodity supercycle that began in the early 2000s and was interrupted by the 2008 financial crash.

Currie argues that metals will be the primary beneficiaries of this supercycle, and chief among these is copper, which is essential to the decarbonisation drive now underway worldwide. Oil will likely remain volatile, and some have pointed to $200 to $300 a barrel as a possibility due to Russia’s demand that the EU pay it in roubles. Virtually all commodities have spiked as a result of the tensions in eastern Europe, with depleted stockpiles and fear of supply chain shortages pushing prices higher this year.

Murison explains what commodities are available to trade at IG, and how to trade them.

The range of commodities is broadly broken down as follows:

What moves a commodity’s price?

“It is probably better to focus on one or two commodities and get to know them intimately, and understand what moves their prices,” says Murison.

“If it’s a metal commodity such as copper, which is a key input in the green economy and vehicle electrification, it would be worthwhile understanding what levers of demand are likely to drive price. The worldwide switch to electric vehicles over the coming decades is certainly one of those levers.

“If you’re trading a soft commodity such as wheat, again you will want to understand the supply-demand imbalances, and how seasonal weather patterns are likely to influence crop yields around the world. Macro-economic factors and politics will also have an impact on price.”

Like all markets, get your toes wet by first opening a demo account and test your trading strategies using fictitious capital before committing real money.

The price chart below shows the copper price in tons. A massive spike in volumes (highlighted in the volume chart at the bottom of the graph) has kept copper prices near the upper end of their range.

“It’s important to understand when trading any financial instrument [the need] to first identify the overall trend. In the case of copper, it is clearly in a multi-year bull market. We would be wise to assume this trend will continue until we get some indication of a reversal in that trend. As things stand, the copper price is above the 200-day moving average, as shown in the chart below. A decisive break below that would signal a reversal in trend.” IG allows clients to trade CFDs (contracts for difference), a type of derivative that allows the trader to speculate in financial markets such as shares, forex, indices and commodities without having to take ownership of the underlying assets. You are essentially able to speculate on price movements in either direction, long or short, with the profit or loss you make depending on the extent to which your forecast is correct.

CFD trading is also leveraged, which means you can gain exposure to a large position without having to commit to the full cost at the outset. This could magnify your profits, but it could also mean that your losses could exceed your deposits, therefore traders need to be aware of the risks of leverage and ensure that they do not over-commit on a single trade, or take excessive leverage.

Is commodities trading for everyone?

No, says Murison, particularly when linked to the kind of leverage that can magnify the risk of losses associated with CFD trading.

“This is ideally suited to those with some experience of trading, who understand the risks and have some knowledge of the market dynamics and what impacts commodity prices.

“If you take the view that the commodity cycle is a long way from exhausting itself, then perhaps this is something you should be looking at. For those who like volatility, index trading can be a useful addition to your toolkit.”

Note that CFD losses can exceed your deposits.

Brought to you by IG Markets South Africa.

Brought to you by IG Markets

Brought to you IG Markets SA

Why CFD trading is sweeping the world

WATCH: The key components in building a trading plan

Four reasons to add index trading to your investment strategy

Brought to you by IG Markets

Brought to you IG Markets SA

Why CFD trading is sweeping the world

WATCH: The key components in building a trading plan

Four reasons to add index trading to your investment strategy