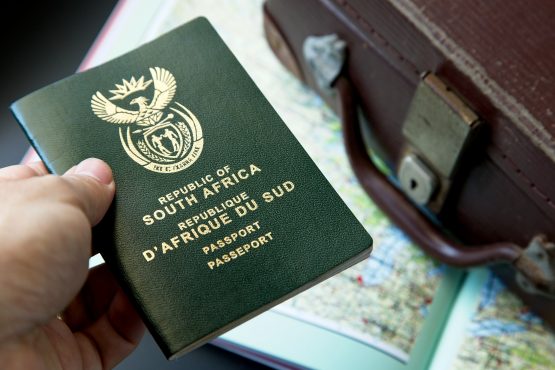 Amendments to regulations regarding emigration and access to retirement funds that came into effect in March represent a significant change in how South Africans who have left the country can access their retirement funds.

The previously complicated process of financial emigration has been replaced with a more straightforward residency test. The new rules specify that if a retirement fund member can prove that they have been living abroad for three years or more, they may access their retirement savings.

“This makes it easier for people who left the country some time ago” says Jennifer Anderson, head of product and communications at investment platform INN8.

She adds that a lot of people who moved to other countries but neglected to emigrate financially will now be able to access their retirement savings with relative ease.

It enables financial advisors to match the advice they provide to the most effective products and investments, by transacting on their clients’ behalf on the platform.

“It’s also important to note that the rule applies retrospectively, and not only from March 1 – meaning that if someone moved two-and-a half years ago, they only need to wait another six months before they can move their retirement savings out of SA,” says Anderson.

According to Anderson, people who recently emigrated or who are thinking about emigration are facing difficult choices.

Before the changes kicked in on March 1, people could move their retirement savings offshore as soon as their financial emigration was processed. “What the regulators have done is that if you leave now, you can only ’emigrate’ your retirement savings three years later.

“Those who are leaving to work overseas now or want to emigrate in the future will have to wait three years after leaving SA to be able to access their retirement savings. The concern is that somebody who emigrates might need immediate access to their funds to set up their new life in another country.

“For example, you need cash to move your family, your belongings and potentially your pets – and you may be setting up your new life in a country that is more expensive than South Africa,” adds Anderson.

“A consequence of the new proposals is that advisors and their clients must now deal with a significant delay in accessing retirement money.”

There are severe tax implications if emigrants don’t want to wait, or cannot afford to wait until retirement to access their retirement savings.

“If you want to access your retirement funds before you retire, including when you emigrate, a punitive tax table is applied,” says Anderson.

“The top tax bracket for pre-retirement withdrawals is 36%.  So for example, if you are withdrawing R3 million, the income tax charge could be more than R900 000.”

Anderson points out that pension fund legislation aims to encourage people to save for their old age and to discourage the spending of retirement funds on expenses such as cars. “It is not to deter emigration per se,” she says.

“Emigrants need to consider which is the most sensible option. Do you wait to access your savings when you retire, or access the money now and pay the tax? There isn’t a single or simple answer.”

The reality is that when people leave South Africa, they may have reservations about leaving their wealth behind due to concerns about the exchange rate and political instability.

As a result, many people opt to pay the tax and take their money with them despite the tax consequences.

“Recently, we have been seeing many clients consider the possibility of emigrating and analysing the different options when it comes to moving their assets out of SA.”

Financial advisors who use the INN8 platform have indicated that one of the top five concerns clients have relates to how to move their money out of the country.

People leaving the country should also note the announcement in this year’s budget speech regarding a deemed disposal of retirement savings when someone ceases to be a tax resident.

While details have not yet been published, Anderson says the proposed changes may be similar to the current deemed disposal of discretionary assets and the levying of capital gains tax (CGT) which takes place when someone ceases to be a tax resident.

“Applying this in the retirement space is a big concern because the tax rate is much higher than CGT,” she says.

CGT is only 18% for individuals in the top tax bracket (those earning more than R1.5 million a year). This is significantly less than the up to 36% levied on pre-retirement withdrawals, which applies to everyone regardless of how much you earn.

She adds that when it comes to emigration, savings and tax, everybody has different circumstances.

“For this reason, it is so important that people seek financial and tax advice.”

Brought to you by INN8.