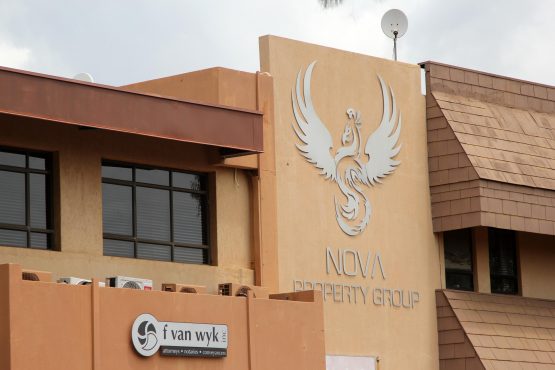 As the Sharemax ‘rescue vehicle’, Nova was supposed to manage its underlying property assets and use the proceeds to repay more than 18 000 elderly people and others who invested around R4.6bn in the failed scheme. Image: Moneyweb

Civil rights group AfriForum has approached the National Prosecuting Authority (NPA) to seize the assets of the Nova Property Group to prevent the group from selling the properties at below-market values.

Nova is the so-called rescue vehicle of the failed Sharemax investment scheme in which around 18 700 investors invested approximately R4.6 billion. All of Sharemax’s underlying property assets were transferred to Nova to manage in terms of a Section 311 Scheme of Arrangement. The proceeds were to be used to repay investors.

Advocate Gerrie Nel, head of AfriForum Private Prosecution Unit, said in a statement it has drafted an order of preservation to prevent Nova from selling properties at “far below the market value” and requested the NPA to bring the order before a court of law. He said: “The properties in question were acquired by the proceeds of unlawful activity, including money laundering and fraud, as contemplated in the Prevention of Organised Crime Act, 121 of 1998, as well as the Banks Act, 94 of 1990.” 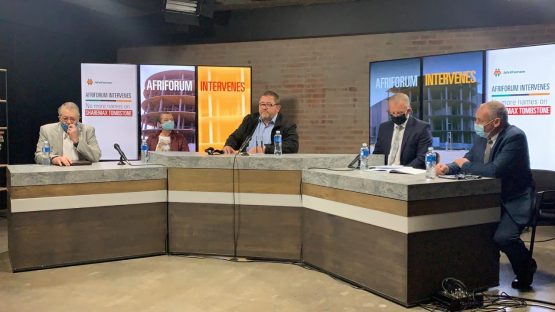 Nel said: “Since the property was instrumental to committing the above-mentioned crimes against the investors, and because Nova has been in control thereof since 2012 (but this company was founded with the proceeds of illegal deposits that had been accepted by Sharemax from the public), AfriForum has requested that the NPA take these properties into its custody.”

This relates to a directive the South African Reserve Bank issued in 2010, in which it found that Sharemax had contravened the Banks Act and ordered the repayment of funds to investors. Nova was then established as a vehicle to repay investors.

AfriForum contends that the Nova scheme is illegal as it did not absolve Sharemax’s contravention of the Banks Act and its underlying assets were acquired with the proceeds of crime. The statement said the Private Prosecution Unit also found evidence that the board members of Nova pay themselves excessive salaries, and pay themselves before paying debentures holders.

“It also seems that Nova is getting rid of buildings in an attempt to avoid liquidation,” Nel added.

“The actions of the Nova board are unscrupulous, and we have therefore been compelled to draft this application and send it to the NPA to keep investors from suffering further losses.”

Nova has fallen into financial difficulty over the past few years. The company’s auditors qualified both its 2018 and 2019 financial results and also expressed their concerns that the company was not able to continue to operate as a going concern. The auditors also said it was concerning that Nova was selling properties to finance operational expenses.

However, the Nova board denied the auditors’ concerns and said the company was in a sound financial position.

Kallie Kriel, the CEO of AfriForum, said “many of the investors in this scheme are elderly people with meagre resources who hoped to make an income by investing their nest eggs”.

“The board of Nova/Sharemax have lived the high life at the expense of these people and as a civil rights organisation, AfriForum cannot allow that they are not held accountable,” said Kriel.

“This scheme can be equated to the operation of a crime syndicate and for this reason their actions have to be stopped immediately.”

In response, Willie Botha, former director of Sharemax, said he is not involved in any shape or form with Nova. “I have no further comment regarding Sharemax, apart from my view that Sharemax never contravened the Banks Act.”

Moneyweb asked Nova chair Connie Myburgh and CEO Dominique Haese if they would like to respond to AfriForum’s actions and received the following from Haese:

You are to publish this response verbatim to any of your articles on this matter and also to include same during any discussion on RSG tonight.

Most of what was discussed on Afriforum this morning, is based on factually flawed and incorrect information and assumptions. It is noteworthy that Nova was not consulted to provide the correct facts, and that the public is now completely misinformed, which is most certainly causing concern amongst those historically invested.

As a factually correct and enlightening reference, attached  is the “Publication Detail” of the Reserve Bank dated 28-02-2012, in terms of which the Directives were withdrawn.

In terms of sections 81 to 84 of the Bank’s Act, the Reserve Bank can direct a person to repay money, if the Registrar is satisfied that a person has illegally taken deposits from the general public.

Following an investigation by the Reserve Bank, through two appointed managers, into the affairs of Sharemax Investments Proprietary Limited and the property companies it had promoted (“Sharemax”) the Registrar of Banks found that the funding models used to obtain funds were in contravention of the Bank’s Act and Directives were issued to Sharemax in September 2010 to repay the funds obtained from the general public.

On 8 February 2012 the Reserve Bank confirmed through a Media Statement, that it had carried out its mandate to ensure the compliance of Sharemax with the Bank’s Act and also confirmed that the Directives issued to Sharemax to repay investors had been withdrawn.  This follows the approval of Schemes of Arrangement by the High Court in January 2012.

In the Fact Sheet which formed part of the attached “Publication Details” by the Reserve Bank, the Reserve Bank confirms that the finding that Sharemax contravened the Bank’s Act, is not a conviction of criminality of the persons involved in the scheme.

The Pensioners ask only one thing!

“Show us the money”

It’s sickening when ordinary middle class people and pensioners savings alike is exchanged by others for Porches, Toys and a Lavish Lifestyle

But such is life when greed turns a human into an animal!

That would be worth booking a seat.

One trick Myburgh would still probably threaten defamation during the interrogation

Afriforum should also, for what it’s worth, launch a major campaign to warn its pensioner members against dodgy investment schemes. If somebody offers you a return above prime, why does he want to pay you more than he’d have to pay the bank on a loan? What does the bank know, that you don’t? Not that such an initiative would prevent some of them still falling for these kind of schemes.

the general rule in life is that a fool and his money is soon parted. If they did not know about it then they will now. Why indeed do people find it irresistible to give their money away. Greed.

I have publicly contented, and do so again for the benefit of Afriforum and the destitute investors – the S.A. Reserve Bank made a ruling in 2010, they appointed a professional team to not only investigate but also to take charge of the assets and to protect the interest of the investors (property owners at the time). This fiduciary action and responsibility were then later abandoned by the S.A. Reserve Bank through not opposing the totally unfavourable, ludicrous Nova Section 311 application and thereby allowing it to succeed. This is the main cause of the current dire situation. The S.A. Reserve Bank never completed its lawful duty and opted to turn a blind eye and walked away. As a state organ and uppermost ombud of such money matters, they are as guilty as any other party to whom fingers are pointed. They should drive this application of Afriforum.

Go for it Gerrie and Kallie.

Is the FSCA still sleeping?

yes they are. took them too long to sort out Ecsponent. Have to place some blame at their door for people who loss money the last 2 years.

However, there are still those who believe that it was the negative press and the SARB decrying the scheme that led to its demise, not the scheme(rs) itself. It is not a given that all Afriforum members appreciate this step by Afriforum to take on this matter.

It PAYS to be a gangster in the gangster state.

Next stop Orthotouch and Zephan & Co…