The CEO of the company that won the contract paid R650 000 into the family trust of the head of the provincial department that awarded it.
By Barbara Curson 30 Sep 2020  00:03 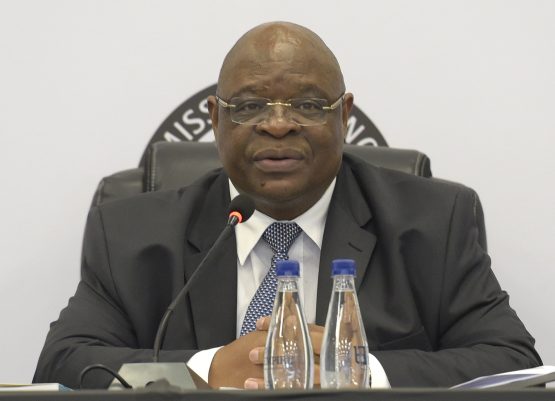 Read: Asbestos kingpin insists there was ‘value for money’

Blackhead Consulting was appointed by the department to ascertain the extent of asbestos in low-cost housing in the Free State, for a contracting fee of R255 million. This is known as the ‘asbestos project’.

Evidence leader Paul Pretorius SC remarked that at some stage the JV “inserted itself into the string of correspondence” involving the asbestos contract. Pretorius said this appeared to be the first mention of the JV. Mokhesi had not noticed the appearance of the JV.

‘Not party’ to the agreement

Mokhesi said he was not a party to the JV agreement signed between Blackhead Consulting and Diamond Hill. “On my side I had somehow assumed that Diamond Hill must have been part of the Gauteng project … which turned out later to be not the case.…”

Mokhesi said the supply chain management had not obtained all the relevant documents which would have revealed that the JV was not part of the initial contract.

Commission chair deputy chief justice Raymond Zondo asked Mokhesi if he would not accept that as head of department he had an obligation to apply his mind to an issue and satisfy himself that the work being done was in line with the law.

Mokhesi replied that the officials in supply chain management were trained, and that he trusted them. He accepted that maybe he should have done more.

The slippery question of accountability

Essentially, no one admits to accountability or responsibility, and no one accepts the consequences.

Zondo said he would like to see more leaders saying that they take responsibility.

Thabane Zulu, at the time director-general (DG) of the National Department of Human Settlements, was apparently under the impression that Blackhead would be appointed to a departmental panel or to a database. Zulu was not aware of the existence of the joint venture, nor that the JV was being directly appointed. Zulu was also apparently under the impression that the asbestos would be disposed of and eradicated.

Pretorius noted that Mokhesi requested the FSHS legal department to confirm whether the contract would include the disposal of asbestos.

Zulu played a role in the finalisation of the contractual arrangements, and in particular on the making available of funds.

Mokhesi explained that a business plan can be reprioritised, and this will be approved by the DG: “ … we run a multitude of projects at the same time; you are allowed to revise the business plan.” Reprioritisation means that a particular project will be halted to make way for another.

Zondo asked Mokhesi if he was obliged to ascertain whether the department received value for money at the end of a contract.

Mokhesi replied that all the information gathered by the commission was not available at the time. Nevertheless, he was of the view that the department received value for money.

In 2015 Mokhesi and the CEO of Blackhead Consulting, Edwin Sodi, entered into a “commercial property transaction”.

First, they entered into an agreement in which it was agreed that Mokhesi would establish a family trust to purchase a property in Bloemfontein, and that Sodi would “invest” in that property.

Pretorius noted that at that juncture the asbestos audit was already finalised, but not all payments had been made to the joint venture.

The trust was only registered a few months after the agreement, and duly purchased a property.

Sodi made a payment of R650 000 to the trust to settle his “portion”, and the trust purchased the property. Sodi had no interest in the trust and had no real right to the property. The only obligations and rights came from the agreement. Sodi only had a personal right against the trust if the scheme had to collapse.

Mokhesi: “This money was not given to me. It is for investment purposes.”

Mokhesi gave a long explanation of how one finds a risk-free investment … with the best return on investment “Sodi would not come out in a better position than if he placed his money elsewhere”.

Mokhesi has lived in the house since 2015. Sodi paid 40% for the house, and Mokhesi insists that this is mutually beneficial.

Mokhesi explained that he in any event is paying more to reduce the outstanding bond, and pays all the expenses. The agreement stipulates that the house will be sold or refinanced after seven years, and Sodi will get his share.

Despite further questioning from Zondo and Pretorius, Mokhesi stuck with his story that this was a commercial venture, and that he had received no personal advantage. Sodi’s payment of R650 000 was not disclosed by Mokhesi to the FSHS, as it was a commercial payment made to a trust.

It’s a mess. I’ve seen this movie before.

This situation, where someone pays a bribe and justifies it. Sees no wrong in it. I’ve seen it all over Africa. You can’t move minerals out of anything country without lining the pockets of some “officials”. The problem? The money doesn’t get taxed therefore less or nothing to spend on tax.

But, we need to define the crime. And the crime here, is that political donations are vague. Our opposition parties, especially the big 2 opposition’s also depend on business man donations.

They know full well that what they are doing is wrong. The issue is corruption has become entrenched in government to the extent that it is just the way that business gets conducted. It is a major cause of SA’s failure over the past 25 years. According to Milton Friedman, the best way to reduce corruption is starve the state of resources by lowering taxes.

All this corruption is facilitated by BEE. This is used as the excuse why unqualified contractors are listed.

When I saw this story on ENCA I thought that Michael Apple was doing a Monty Python skit.

This is what these clowns planned all those years ago on Robben Island, to be ten steps ahead of the pack.

Covid-19 and asbestos are not the killers. ANC’s corruption is.

More corruption. Is anybody going to jail? We wait.

Any charges of senior political players involved yet? Any convictions of them? Any assessments raised for the recipients of the payments? Thought not.

Is there anything left to steal in this government?

They are even stealing more and more time that they could and should have spend in jail.

This kind of corruption called state capture is a form of plunder of taxpayer money. As such, it is a secondary crime. It is the theft of stolen money, so to speak. One ANC faction stole the money that has been stolen from the economically active citizen by another ANC faction.

A tax on spending, as opposed to a tax on income, is a fair and morally acceptable tax. Everyone should be taxed according to what they spend, and not according to how hard, or clever, they work. The progressive tax confiscates income that would have been saved and invested in capital formation. This form of taxation plus the taxes on capital formation such as CGT and estate duties enables the consumption of capital. The progressive tax is a penalty on hard work and it punishes frugality. The nation eats the assets that were meant to create jobs and fund better wages. This is how sustainable, value-adding employment opportunities disappear into unsustainable government jobs and social projects.

Corruption is inherent to the collectivist organisation because the members have learned that everyone should plunder what they can before the resources are destroyed. The state-capture looters are rational actors who act according to the incentives. The level of corruption by government officials and leading politicians prove that the perpetrators do not believe that the state, which is under their control, is a viable and sustainable entity.

And still the chief crook and taxpayer money launderer sits nonchalantly and arrogantly in Lootfreely House. Not a care in the world. That is the key to confirm that the whole bunch, from Squirrel all the way down, have not the slightest intention of doing anything substantial against Corruption. All we see are words, platitudes, smoke and mirrors and delayed justice (infinitely).

Not so clever tricks. Did he report his free housing to SARS I wonder?

When is the Ace of Waste getting his bangles and orange overalls??

More than six weeks after he had died of Covid-19.