Board maintains the company is in a good financial position; says it will start to repay debentures this year.
By Ryk van Niekerk 19 Apr 2021  00:01 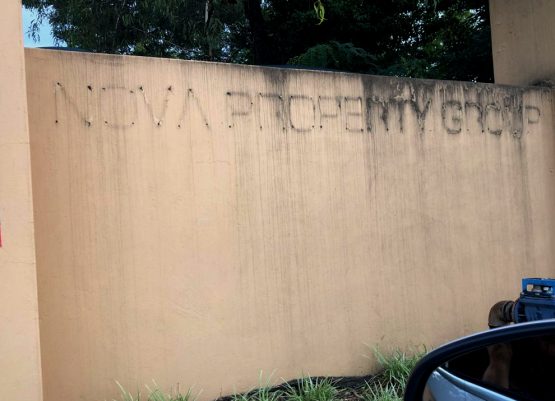 Nova recently removed all of its branding from its office in Club Avenue, Pretoria. In the original caption of the photograph, Moneyweb stated that Nova vacated the premises. The reference was based on two independent sources who confirmed to Moneyweb that Nova moved out and the fact that Nova removed all its branding from the building and adjacent walls. There was no indication whatsoever that Nova still occupied the property. However, after the publication of this article and the image, Mr Connie Myburgh, chairman of Nova, laid a complaint with the Press Ombud. He denied that Nova vacated the office. He said although some staff members were working from home, Nova still had a presence in the building. Image: Supplied

For the third consecutive year, the Nova Property Group’s auditors have expressed concerns about whether the company can continue to operate as a going concern.

As in previous years, Nova has however claimed that these going concern fears are “without merit” and that the company is in a “sound financial position”.

In its qualified audit opinion, Mkiva questioned the fair valuations of the bulk of Nova’s investment portfolio, the key to the solvency of any property company, and claimed that Nova had used the proceeds of the sale of properties to fund operational expenses.

Mkiva is not the only party concerned about Nova’s financial future.

The Companies and Intellectual Property Commission (CIPC) also issued a notice to Nova this year, asking the company to show why it should be allowed to continue trading as a going concern. If Nova fails to convince the CIPC of this, the commission may shut its operations down.

Read:
CIPC asks Nova to explain why it should not be closed down
Nova tethering on the verge of insolvency (2018)
Nova insolvent or in a sound financial position? (2019)

Despite these concerns, Nova announced that it will commence the settlement of debentures in terms of the Section 311 Scheme of Arrangement during the course of this year.

When Nova was established as the Sharemax rescue vehicle in 2012, the company issued debentures to virtually all of the 18 700 former Sharemax investors. The idea was that Nova, through Frontier Asset Management, would manage the properties and use the proceeds to repay investors within a 10-year period, which terminates in 2022.

In an extensive response to Moneyweb’s questions, Nova CEO Dominique Haese said the going concern fears of Mkiva, as well as those of Nova’s previous auditor, were “without merit”.

“The content of the 2020 AFS demonstrates that the auditors’ concerns, as expressed in the 2019 AFS, proved to be without merit and that the group, during the financial year ended February 2020, not only traded in solvent circumstances but generated a profit of R1.9 million. One year on, from the auditors’ report to the 2020 AFS, the group is still able to operate as a going concern for the year going forward, again demonstrating the auditors’ concerns proving to be without merit,” she said. 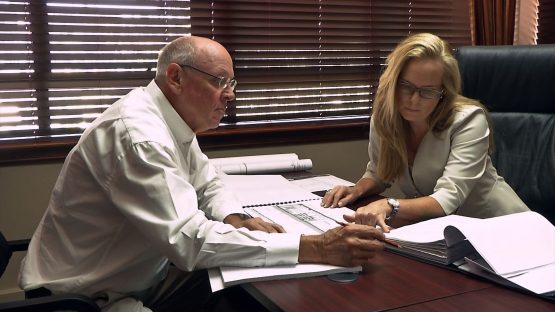 In the board report attached to the 2020 AFS, the board stated that it has “satisfied themselves that the group is in a sound financial position and that it has access to sufficient resources to meet its foreseeable cash requirements”.

Concerning the CIPC notice, Haese stated that Nova has “dealt” with it and submitted the 2020 AFS and other supporting documents to the CIPC to prove the company is solvent. The CIPC is yet to make a final decision about this. (Read the full response at the end of the article).

Mkiva is a Johannesburg-based audit and consulting firm led by Unathi Mkiva. It was Mkiva’s first Nova audit, and means Nova has had three auditors in four years. Mkiva took over from Nexia SAB&T, which was the auditor for the 2018 and 2019 financial periods. BDO preceded Nexia but resigned in 2017.

Mkiva’s qualification of the 2020 AFS follows Nexia SAB&T qualifying the 2018 and 2019 statements, also based on concerns about the assumptions used to determine the fair value of properties.

An auditor typically qualifies the financial statements of a company if there are apparent discrepancies in the statements. The auditor reports these discrepancies as ‘qualifications’.

Two of these properties are the half-built and unoccupied Villa Mall and the Zambezi Mall in Pretoria. These properties, which do not contribute any revenue to the Nova group, are collectively valued at R1.328 billion and represent 60% of Nova’s total investment property portfolio. The collective valuation of the seven properties the auditor expressed its concern about is R2.05 billion, representing 96% of Nova’s investment portfolio.

In response, Haese said there are not only 11 properties in the group, but 21. (The additional properties are primarily residential developments and other properties which Nova does not categorise as investment properties.)

“The seven properties, with modified audit reports … were collectively fair valued at R2,042 billion, representing some 79% of the group’s total portfolio value of R2,471 billion.”

Haese laid the blame for the qualified audit opinion at Mkiva’s door. “Auditors are careful in expressing an unmodified opinion when they cannot reach an adequate level of comfort as to the correctness of assumptions applied. Ordinarily, auditors, as part of their pre-engagement audit process, would factor in the obtaining of their own independent experts, which come at a cost.

“Unfortunately, the current auditors did not make use of such independent experts, which the group was very unhappy about as this left the auditors with no choice, as they are not property valuators themselves, but to qualify their opinion.”

Asked for comment, Mkiva said it could not respond to Haese’s remarks due to a confidentially agreement. However, Unathi Mkiva said his firm stood by the audit opinion: “We do believe that the publicly available information and documents, including our report, are based on the evidence collected during our audit, which remains true as of the date of this letter.”

In a surprising revelation, Haese said Nova would start to repay debentures in terms of the Section 311 Scheme of Arrangement (SoA) this year.

The SoA projected that debenture holders would be repaid within 10 years. Nova has not repaid the debentures in terms of the original projections, and it suspended interest payments in 2016, as the board has the discretion to delay such payments.

Haese said the Nova board decided in February to commence with the repayments, despite having the discretion to delay the payment to after the 10-year period. “Notwithstanding, that not all debenture classes have achieved their maximum possible value, most of the debenture fair values were, in fact, higher, when compared to some nine years ago, when the group … fended off liquidations,” Haese said.

She added that the process is extensive. “Even properly coordinated, it will take time and even a year or two. The group will communicate in more detail to all relevant Stakeholders and Debenture Holders what this process will entail.” No replacement for Derek Cohen

The trustee is mandated to ensure payments are made to debenture holders in terms of the scheme.

According to the trust deed provisions, as well as legal opinions obtained by Moneyweb, Cohen’s resignation should have led to the board informing debenture holders of the resignation and then convening a meeting to allow investors to elect a new trustee. This never happened.

Haese did not respond to a question put to her last month about whether the company will initiate a process to replace Cohen. However, in 2019 she claimed Cohen’s resignation was unlawful and that “no action is required to be taken following such unlawful action by Mr Cohen”. In addition to the vacant trustee position, the trust has two receivers, Connie Myburgh, also the chair of Nova, and Hans Klopper, the former business rescue practitioner of the Highveld Syndication companies and the current head of restructuring of BDO. According to the SoA, they are tasked “to administer the implementation of the scheme, in consultation with the board”.

Neither individual responded to questions about the Nova board’s inaction following Cohen’s resignation.

Thanks Ryk, for keeping us informed.

Three auditors in four years – hard work to find the right people to say the right things (for a fee, of course).

Cohen replacement – ????? still looking around for the right person.

Does anyone know if Adv Jan G Smit is still on the board?

R1.9m profit…… Where’s the laughing emoji.
They can basically buy a flat in a good area.

Well done Ryk, keep up the fearless reporting, one day this will all hit a courtroom proper and then we hope the guilty are punished.

Spoiler alert: Nobody besides the investors will be punished. Good to see Ryk still reporting on this sad and sordid story.

The image in the article of the entrance to, presumably Nova offices, does not reflect the way the entrance looks this morning. Why will Moneyweb use an old picture? Hopefully not for an ulterior motive.

The image suits the people inside – – – – nothing wrong with using it.

Villa Mall: In November last year Darryl Johnson (local ward counsillor for the Villa Mall area) was quoted as saying: “As far as I’m concerned, this building isn’t worth anything at the moment really. One needs about R2-billion to complete the building, and only then can it serve a purpose and be worth something. He said a developer was supposed to have upgraded De Villebois Mareuil to a dual carriageway from Delmas Road to Wekker Road as long ago as 1995, but neglected to do so.”

Trouble is brewing. Anyone driving by there can see the site is derelict.