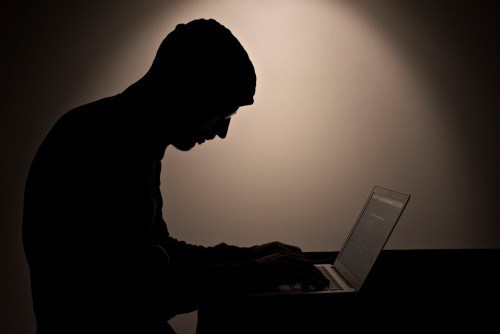 CAPE TOWN – The allegations against local fund manager Cobus Kellerman of running a Ponzi scheme have had a material impact on one of the unit trusts administered by MET Collective Investments that Kellermann used to manage. Kellermann was the fund manager of the MET Global Diversified Feeder Fund of Funds until July last year and is still erroneously listed as the fund manager in some online materials.

Kellermann’s association with this fund has apparently caused a number of investors to withdraw their money, even though he is no longer involved in its running. MET Collective Investments signed a new investment management agreement with Contego Asset Management eight months ago and that company has been managing the unit trust since then.

Kevin Hinton, the head of distribution and client services at MET Collective Investments, says that unfortunately the allegations against Kellermann and the association with Clarus have impacted on investor sentiment.

“The level of redemptions has been high,” he says. “People just want to get out regardless, because of a suggested connection with Kellermann.”

He says that this is extremely unfortunate because there is no evidence that this fund has been or even could have been affected by any fraudulent activity. MET Collective Investments is engaged in an investigation, but no irregularities have been found. A process of verifying its assets held by the trustee bank is under way.

“We are communicating to investors that they shouldn’t act indiscriminately on unsubstantiated reports,” Hinton says. “They are effectively incurring a cost in these transactions and that is unwarranted.”

He says that in certain instances where there may not be enough liquidity in the fund to pay out redemptions immediately, they may have to ring fence very large requests. The Financial Services Board makes allowance for funds to do this to protect other investors who would lose value if the fund manager was forced to sell assets at below their value simply to pay out those who wish to withdraw.

A ring fenced request is liquidated over a longer period of time to allow for positions to be exited without affecting the prices of the underlying securities.

Hinton adds that the allegations against Kellermann and his connection with Clarus have unfortunately cast aspersions on the Contego Asset Management team, and these are unfounded.

Hinton urged investors to be responsible and not just engage in panic selling because of claims that remain unsubstantiated.

It’s actually scary to see how destructive negative publicity can be to a business’s reputation. Hopefully the FSB, the Mauritian Financial Services Commission and the Guernsey Financial Commission can clarify whether this is indeed a ponzi scheme and whether the integrity of the business should be under scrutiny.

@Ediaan you make a good point. I remember in 2002 a media witch hunt against the audit firm (Arthur) Andersen
resulted in 84,000 people in 184 countries loosing their jobs as a result of the Enron debacle in the US. In the end, the US Supreme Court found Andersen “not guilty” on the obstruction of justice charge. However, the brand was
ruined as a result of all the negative press and the competitors picked up the employees and clients of the firm for a song.

Who will go for Alec Hogg if all this is unfounded? The reputational damage has been done regardless of the outcome. Will the journalists be allowed the shrug there shoulders and walk away?

Re. “It’s actually scary to see how destructive negative publicity can be to a business’s reputation.”

It’s even scarier that people like you and MoneyWeb’s journalists can’t see an elephant when it is right in front of you. And that’s why fraudsters keep taking investors to the cleaners for huge amounts of money year-in, year-out.

Kevin Hinton needs to get out of the investment business if he thinks these claims are “unsubstantiated” because he has demonstrated that he doesn’t understand what’s going on and can’t process information properly.

The investment world is full of idiots.