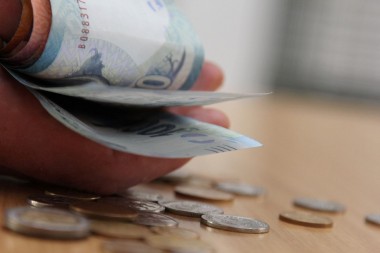 It’s been nearly two months since the South African Reserve Bank (Sarb) ordered diesel Ponzi scheme Carmol Distributors to repay its investors, but the scheme’s increasingly agitated investors have yet to receive any of their money.

On February 25, the Sarb announced that an EY investigation found Carmol was illegally accepting deposits from the public, i.e. it was a Ponzi scheme. The Reserve Bank ordered Carmol to repay money so obtained and appointed KPMG as repayment administrators.

Carmol, which operated mainly in KwaZulu-Natal, enabled individuals to finance the trade of petroleum products, particularly diesel. Average monthly returns were said to be a minimum of 6% to 8% monthly – or 72% to 96% a year.

It was masterminded by one Yunus Moolla and was previously registered in Mauritius and the UK, but appears to have been dissolved in both jurisdictions.

No timelines for investors

KPMG director, Déan Friedman tells Moneyweb that he and two colleagues are currently in the process of executing on the duties and obligations set out in terms of section 84 of the Banks Act, which deals with the repayment of unlawfully obtained money.

In other words, Friedman and his team are engaged in a significant process of investigation, the chief aim of which is to establish how much money is owed to each of Carmol’s investors, who these investors are and how much is in fact available to repay these investors.

KPMG will use Carmol’s records, as well as information from investors to establish Carmol’s liability. At the same time as calculating its liability, KPMG is finding and collecting Carmol’s assets, both liquid and illiquid and some of which may exist in foreign jurisdictions or financial systems. Any reimbursements made to investors must be funded from Carmol’s asset base.

Friedman was not able to provide any indication as to when investors might be repaid, nor could he comment on how much of their deposits they were likely to get back.

“It would be irresponsible on my part to speculate on the outcome of work we are performing,” he said.

Investors seldom get back the full amount they invested in a Ponzi scheme. Last month, the process to repay 170 000 Defencex investors got underway, with the minimum dividend proposed to qualifying investors being 65% of the amount deposited.

On the positive side, it is possible that the repayment of Defencex investors could set a precedent for the process to be followed in other Ponzi scheme cases.

Investors, meanwhile, many desperate and panicked over the money they have lost, are looking for ways to mobilise themselves. Some suggest using mainstream and social media to make their plight known, while others propose marching on the Durban offices of the Sarb in order to expedite the repayment process.

An overactive email thread between more than 240 Carmol investors reveals that many have lost everything on their Carmol investments. “I’m on the brink of selling my car and bonding my house,” one investor wrote. This was after he had already maxed out his credit card and overdraft limit to repay others who he had convinced to invest with him.

Investors would do well to remember that Carmol’s bank account was frozen late last year, which means no money can enter or leave the account. It is therefore not true that the money in Carmol’s account is now in the bank account of KPMG or the Sarb, as some have suggested.

The ‘Yunus Moolla’ referred to is a different person to Yunus Moolla, director of Dollar Thrifty Car Rental and dealer principal of various vehicle franchises.

They were offered 72% plus a year, but they didn’t think of the “if it sounds too good to be true, then it is” epithet? Their plight is of their own making. So many Ponzi schemes have collapsed in SA and all over the globe, but the gullible still fall for it. Surely some of them read a newspaper or listen to radio / TV? Living in a world with almost instantaneous communications should put people on their guard, not so?

Carmol under investigation by Reserve Bank

Carmol under investigation by Reserve Bank