Nova is solvent and has adequately and comprehensively dealt with the CIPC notice – Haese.
By Ryk van Niekerk 14 Apr 2021  00:01 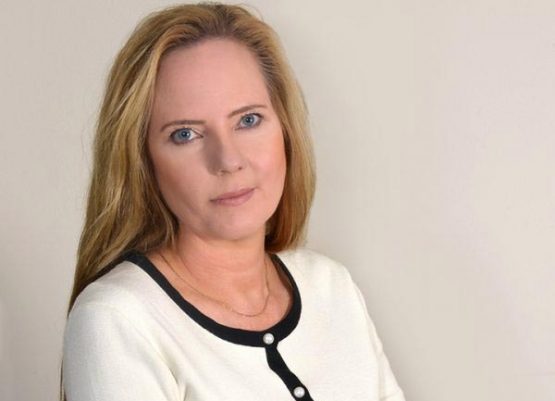 The Companies and Intellectual Property Commission (CIPC) has issued a notice to the Nova Property Group asking it to show why it should be allowed to continue trading as a going concern. If Nova fails to convince the CIPC of this, the commission could issue a compliance notice to shut its operations down.

It is understood that Nova has already responded to the CIPC notice and the commission is currently considering the matter, with no final decision having yet been made.

The Nova Property Group is the failed Sharemax investment scheme’s rescue vehicle and was established to repay an estimated R4.6 billion to 17 800 former Sharemax investors.

If the company is shut down, it could have dire consequences for these investors; they may never get to see the repayment of the full or even a portion of their original investments.

Moneyweb can confirm that the CIPC issued the CoR 19.1 notice to Nova earlier this year. It was issued in terms of Section 22 of the Companies Act, which prohibits a company from trading recklessly, negligently, fraudulently, or under insolvent circumstances.

Once the notice is issued, the company is expected to submit documentation to the CIPC to justify why it should continue trading and remain in business. If this response does not convince the CIPC, it may issue a notice to shut the company’s operations down.

In response to Moneyweb’s questions, Nova CEO Dominique Haese said Nova responded to the CIPC notice. “The Group [Nova] is and has always been solvent and liquid. The CIPC has received the latest AFS [annual financial statements] supporting this. The CIPC Notice has been comprehensively and adequately dealt with.” (Haese’s full response to Moneyweb’s questions can be seen here.)

The latest AFS Nova submitted to the CIPC are for the financial year to the end of February 2020.

The AFS show that Mkiva, Nova’s new auditors, not only qualified the statements but also expressed its concern that “material uncertainty exists that may cast significant doubt on the group’s ability to continue as a going concern”.

In response, Haese stated the “content of the 2020 AFS demonstrates that the auditors’ concerns, as expressed in the 2019 AFS, proved to be without merit and that the group, during the financial year ended February 2020 not only traded in solvent circumstances, but generated a profit of R1.9 million (increased to R21.4 million having regard to certain adjustments).

“One year on, from the auditors’ report to the 2020 AFS, the group is still able to operate as a going concern for the year going forward, again demonstrating the auditors’ concerns proving to be without merit.”

Interestingly, Nova issued a communique to debenture holders on April 9, addressing the auditors’ findings. The communique, however, did not mention the CoR notice.

The CIPC does not issue many CoR 19.1 notices, only around three such notices every year.

The process starts when a ‘concerned stakeholder’ submits a complaint to the commission, or if the commission itself looks into the company’s conduct.

Source: Section 22 of the Companies Act

The CIPC then makes initial enquiries with the company and requests financial information. The commission will then analyse the information and decide whether to issue a CoR 19.1 notice. The company is then obligated to make a formal submission to the CIPC to justify why it should remain in business.

The CIPC then analyses the company’s submission and makes a final decision on whether or not it should issue a notice to close the business down.

While this may be a drastic measure to take, the commission will have weighed the economic impact of such a decision, considering the potential implications on employees, creditors, shareholders and suppliers.

In Nova’s case, based on the latest AFS, the stakeholders with the highest vested interest are debenture holders, lenders, financiers and suppliers.

There isn’t a set timeline for the CIPC to make a final decision. However, the CIPC confirmed to Moneyweb that “timelines are informed, inter alia, by the merits of the matter, taking into account the potential legal processes (e.g. court appeal) that may unfold post-response by the company from which a CoR 19.1 was issued”.

The maximum sanction the CIPC can impose if a company is deemed to be trading recklessly and or insolvently is to issue a compliance notice, forcing the business to stop operating.

The Nova Property Group’s answers to the questions

This is the most interesting news I have read about Nova.
The key here is: Do you believe two auditors and the CIPC… or do you believe the Nova board?

With all the corporate corruption in South Africa, I think we need to heed the opinions of the auditors. Three consecutive qualified statements? Three consecutive expressions of concern about whether Nova can continue as a going concern?
And now the CIPC throws its hat into the mess?

May be the best way forward -closure for the poor investors who have been strung along. And what happens to the architects of the **** and pillage?

Close this operation down and prosecute to the fullest possible extent

Why does the CIPC not issue Steinhoff with the same notice?

A letter written to brokers in 2011 encouraging the shareholders of solvent syndications to agree and “staan pa” for the Villa and other failed syndications.

· The 311 Scheme of Arrangement, if managed responsibly and not for personal interest, should present the opportunity to the investors to unlock value and provide liquidity of the investments.

· The various buildings and schemes have relatively little debt and are not currently experiencing severe financial pressure.

· The Scheme of Arrangement will revoke the directive of the Reserve Bank and the so-called illegality and violation of the Bank Act immediately after it has been sanctioned by the court.

It must be emphasized and required that Frontier give urgent attention to the following aspects:

· Investors should also insist in the future to get better representation of their interests.

· It is essential to involve professional and qualified businesses that will add value and ensure that the buildings are effectively managed, maintained and improved. It is imperative that corporate governance and tender processes are followed that will ensure fair value are created and maintained.

· The current income from the “income plans” of 4.5% per year needs urgent attention and plans for correction and improvement must be submitted to investors. It should be a priority to restore the value of the buildings before it is sold, listed or traded to achieve maximum returns.

· Costs must be improved and justified in relation to the delivery of quality services and performance.

· Maximum value must be unlocked for investors.

· Providing additional security for funding needed to successfully complete the proposed projects including The Villa (Investiplan has access to financing for all the schemes subject to the provision of security).

Inquiries regarding the implementation of the arrangement scheme and for information and assistance with the decisions of clients, can be directed to Corrie van Rooyen at Frontier by Numbers 012-425 5023 or 012-425 5000.

Letter from a broker to the FSB in response to the letter sent out to brokers encouraging the sanctioning of the S311.. NO ACTION FROM THE FSB

It has come to my attention that Frontier Asset Management is driving for a s311 arrangement with creditors for the various Sharemax Syndication Companies.

From my understanding (I am getting no response from Frontier or broker group Investiplan and other investors are experiencing the same) the idea is to lump all Sharemax syndications into 1 new company.

Each syndication is its own Limited Company, so I do not see how this can be a “blanket decision”

They are touting that the Reserve Bank declared all the schemes illegal. Yes, to a degree, but that was addressed by not subsidizing the income paid to investors in the old syndicatins.

My suspicion is aroused that there is an attempt at a “cover up” to dilute the chaos caused by the Syndications Zambezi, Villa and some of the Capital Plans, by absorbing the solvent syndications into a single company that includes the insolvent ones. This would have the effect that no “apparent loss” will be seen as investors will still receive some sort of payment.
This will result in a delay in the fact that Zambezi and the Villa are insolvent and the advisors and promoters of those syndications will not be able to be held accountable until such time as the arrangement, may or not, be compromised.
It will also compromise investors in solvent syndications (each a company in it’s own right) where there is no reason to apply for s311 or to liquidate.

It will also have the effect that *Sharemax Directors*(*this has been edited as specific names where used*) will get more time to hide their personal assets from angry shareholders who won’t have a leg to stand on if this scheme is sanctioned.

There is something fishy here and it needs to be looked into.

Below is a letter sent to brokers to try and sanction the scheme.

I ask the FSB to please look into this as many investors have not even received correspondence as yet and have until the end of today (voting postponed to the 6th) to cast their vote.

btw CIPC has a system problem. I try and file 2020 annual return the only selection option is 2021. Should I just go ahead and let them pretend that I have filed a year that has not been completed never mind audited?