David Cosgrove files for a review of his sanction in Mauritius

CAPE TOWN – In papers filed with the Mauritius Financial Services Commission (FSC) last week, David Cosgrove claims that the regulator has acted “unreasonably and with an improper purpose” in the actions it has taken against him. Cosgrove is applying for a review of the decision by the FSC’s enforcement committee to disqualify him from holding any position as an officer of any licensee of the FSC for a period of five years.

The FSC found that a number of companies of which Cosgrove was a director had breached a range of regulations, mostly pertaining to keeping proper records of customers and checks on the sources of the funds they were investing. However, it also found that there was manipulation of the net asset value (NAV) within the Two Seasons PCC.

Cosgrove’s filing papers, prepared by Werksmans attorneys, attempt to offer an extensive rebuttal of these findings. They also claim that the FSC did not allow Cosgrove a proper hearing, did not supply proper reasons for its decisions, and did not provide access to key information.

“Mr Cosgrove strongly rejects the allegations made by the FSC,” the papers state. “Mr Cosgrove believes that the FSC was influenced by the press and a dishonest former client to believe that Mr Cosgrove and his associates were operating a Ponzi scheme and it intervened without properly applying its mind to the facts and without proper interrogation of the evidence.”

Furthermore, the papers accuse the FSC of being grossly negligent in the way it handled the management of funds it had placed under administration, and that investors had suffered serious damages as a result.

“The losses that investors have suffered as a result of the FSC’s actions cannot be excused by the contrived findings the FSC has reached – principally misdemeanours of record keeping,” they state. “Mr Cosgrove understands that certain of the investors have already instructed attorneys to prepare a claim against the FSC in this regard. In addition, Mr Cosgrove believes that the FSC’s letter further evidences the FSC’s lack of good faith in these investigations which has resulted in the FSC forfeiting its immunity from prosecution, and Mr Cosgrove intends to launch proceedings against the FSC to recover the damages suffered by him and his related entities – essentially the loss of his share in a multi-million dollar financial services business.”

Cosgrove argues that the FSC’s actions are flawed on a number of fronts. The first of these is that the regulator never allowed him a proper hearing, which he claims is “in blatant breach of natural justice” as there was no fair opportunity for him to present his case.

Furthermore, the papers claim that the allegations made by the FSC are “embarrassingly vague” and even though Cosgrove and his attorneys have sought clarification, this has not been forthcoming. For instance, the FSC alleges that accounting records of the Four Elements PCC were incomplete, but it it has never indicated which records these are, which time period is in question, and in what way they are incomplete.

The papers also argue that a further failing is the FSC’s decision to find directors individually responsible for breaches committed by companies. All of the transgressions listed by the FSC were specifically committed by four companies – Belvedere Management Limited, Lancelot Global PCC, Four Elements PCC, Two Seasons PCC, and RDL Management – yet Cosgrove himself was found to be liable.

“It does not follow from the mere fact that there were alleged transgressions by the companies, that the directors are personally or otherwise liable,” the papers state. “If this were the case, then every regulatory intervention by the FSC should result in the members of the boards of directors being declared not fit and proper.”

Moneyweb has attempted to obtain clarity from the FSC about why Cosgrove was not given a hearing and why other directors were not subject to the same action. However the regulator would only say that: “all information relating to the disqualification of Mr David Dawson Cosgrove is available on the website of the Financial Services Commission, Mauritius. We cannot provide any further information in this regard”.

In a claim that has not before been aired, the papers also allege that the editor of OffshoreAlert, David Marchant, is an ex-employee of deVere. This is offered as part of the explanation for how the allegations against Cosgrove and Belvedere Management first became public.

“The Ponzi scheme rumour was started by Nigel Green and his deVere Group, who themselves claim to have presented these rumours to the FSC,” the papers state. “deVere also claims to have seeded the information with an ex-employee, David Marchant, who now operates an internet newsletter, OffshoreAlert.”

When asked by Moneyweb to substantiate the claim, Cosgrove was however unable to do so, as it appears that he relied on the word of an un-named source. Both Marchant and deVere also deny that he was ever an employee of the company.

“Cosgrove’s claim is ludicrous,” Marchant told Moneyweb. “I’ve never worked for Nigel Green or deVere, or any of deVere’s associates or affiliates, directly or indirectly, ever.”

A deVere spokesman said: “I confirm that David Marchant of OffshoreAlert is not a former or current employee”.

The full filing submitted by Cosgrove’s lawyers can be downloaded here.

This story has gone from Alec Hogg calling it the biggest ponzi scheme that SA has ever seen to………………………..well nothing really.
Is it not obvious that this was a smear campaign?

Definitely not, the story is just very complex and it’s taking regulators a lot of time to put the pieces together. Belvedere’s fraudulent activities have already been exposed in other jurisdictions and there’s plenty more to come. What’s complicated things further is that Cosgrove/Belvedere/Kellermann were all part of the same business network with Nigel Green/deVere (and the principals at Carrick Wealth and St James Global too) until a few years back. That began to crumble and now they’re all accusing one another, very typical of what people like these do when things get desperate. Cosgrove has no defence other than to go after everyone else and hope that his expensive lawyers can prove a guilty man innocent. All that’s wrong about this story is that these characters should all be exposed/banned/fined/etc together, and that it should’ve happened a long time ago, they’ve been on the regulator’s radar for years. Claiming that Marchant was an ex-deVere employee just shows the desperation.

Meanwhile, back on Planet Earth, the reality is this: 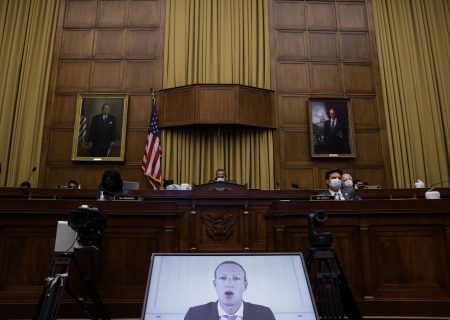 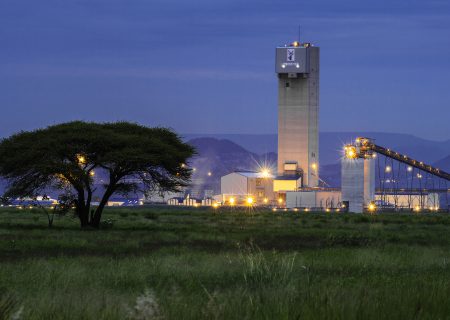