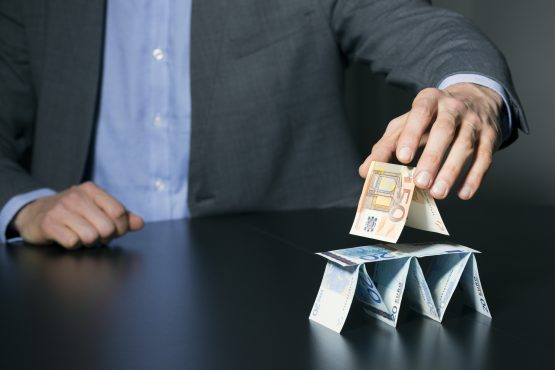 Fletcher says Finalmente can be classified as a multi-level marketing scheme where investors or members earn commissions for introducing new members.

Finalmente Global, a company which purported to be an advertising company but appears to have been linked to the now-collapsed Mirror Trading International (MTI), was placed in final liquidation in the Pretoria High Court on January 12.

This follows an application to the court by three Finalmente Global investors: Robert and Candice Fletcher, and Marcel Beech.

Robert Fletcher’s affidavit says he is owed R847 800 by Finalmente, or about 1.5 bitcoin. An investigator for the applicants says upwards of R500 million could be at risk in the scheme.

The sole director of the company was Kobus van der Merwe, who “failed to ensure proper management and good governance of the company, and should the liquidation be granted the assets which consist of the bitcoins of the members of (Finalmente) which are still in the possession of the company may be misappropriated.”

No-one from Finalmente turned up to defend the action.

As Moneyweb previously reported, Finalmente Global purported to be an internet advertising company that could generate returns of 106% by buying bulk ads and selling them for a profit. It apparently did this by encouraging investors to ‘lend’ bitcoin, much of which was channelled to MTI.

In late December Finalmente wrote to investors claiming MTI’s well-reported difficulties had nothing to do with it, and there was no affiliation between the two. Then last week it sent out another message saying that due to the demise of MTI, Finalmente had lost a substantial amount of money from a loss of advertising revenue as well as investments it had placed in the company.

Fletcher’s affidavit lays out the background to Finalmente, saying it was registered as a cryptocurrency trader in 2019 and solicited bitcoin from members of the public. Investors were then instructed to move bitcoin to a wallet controlled by Finalmente, at which point investors lost control of their crypto assets.

This bitcoin was supposedly traded on a trading platform, though there appears to be no evidence of this. Fletcher says Finalmente can be classified as a multi-level marketing scheme where investors or members earn commissions for introducing new members. Trading profits from the scheme would be reflected in the investor’s Finalmente account, to which would be added commissions from new investors introduced.

“(Finalmente’s) business model was set up to function as a ‘referral’ structure, the purpose of this was to recruit new investors/members on a daily basis in order to generate income.”

Fletcher says he got involved when a friend introduced him to the scheme, which was offering returns of up to 7% a week. He originally invested R155 000 and was so impressed with the reported growth that he subsequently invested further amounts.

The total amount invested by the three applicants in the case came to R1.2 million. When Fletcher tried to withdraw R59 000 on January 4, 2021, he received a “pending withdrawal” notification, but no money was ever paid over to him.

Based on this, and the messages from Finalmente saying it could no longer continue operating, the company is both factually and commercially insolvent and it was therefore just and equitable to wind it up, says Fletcher’s affidavit.

In his affidavit Fletcher alleges that Finalmente is involved in illicit business dealings and an urgent liquidation is required to trace all wallets containing bitcoin belonging to investors.

Liquidators are expected to be appointed by the court in the coming days, and will then be tasked with tracing whatever assets remain in the company.

How do you trace a wallet that is in cold storage? Would be interesting to see.

multi layer marketing scheme where members earn commission introducing new investors…LOL…PONZI. 7% return per week…LOL…PONZI. now these are the clues of any Ponzi. Why did the clever FSCA not pick this up on day one?

“and solicited bitcoin from members of the public. Investors were then instructed to move bitcoin to a wallet controlled by Finalmente, at which point investors lost control of their crypto assets.”

Therein is the MO. Solicit, instruct, controlled then lost control of their.

Only greed would blind a member of these schemes to the blatant theft by this sequence of actions.

I have no issues with crypto and all that. I cannot stand thievery.

Eish – there are a lot of boertjies involved in all the MTI and Final Moment shenanigans!

I must say services are out there that not only can but have worked to recover stolen Bitcoin for instance ” fraud investigation 4 at g mail dot com” i recently got a charge back following my loss with finalmemte. Don’t sleep on it cause these guys can’t be brought to justice without the help of reliable professional hackers. As such I’m glad this is not my problem anymore.

Eeissee….I got my charge back it’s no hassle with the right contact plus it took less than 48 hours.thanks to my trusty agent – josiah…whom I reached out through ” fraudinvestigation4 at gmail dot com “”