FSCA questions whether the firm has the R2.9bn in clients’ funds it says it does and advises clients to withdraw their funds.
By Eleanor Becker 19 Aug 2020  10:13 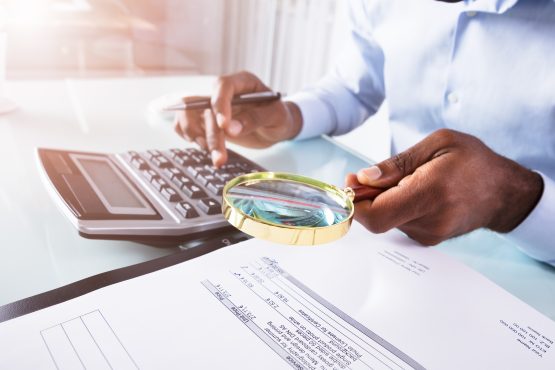 The Financial Sector Conduct Authority (FSCA) is investigating the activities of Mirror Trading International and recommends the latter’s clients “request refunds into their own accounts as soon as possible.”

In statement released on Tuesday afternoon the regulator, said it’s of the view that the company’s current business model requires it to have a financial service provider licence – which it does not have despite it being apparently aware of the need for one.

“MTI has informed us that they accept clients’ funds in the form of Bitcoin, pool the funds into one trading account on a forex derivate trading platform, and conduct high frequency trading through the utilisation of a Bot. If this is being done as described, then this amounts to financial services, hence the licence requirement.”

“However, the FSCA has a much greater concern about the activities of the company. MTI claims to have more than R2.9 billion (at current conversion rates) in clients’ funds in trading accounts, but we have not been able to conclusively confirm that the funds exist.

MTI claims its Bot-trading can generate consistent profits averaging 10% per month. The FSCA believes this claimed return on the investments “seems far-fetched and unrealistic.”

The regulator is also concerned that FX Choice, MTI’s previous platform broker “seems to have made public statements that gainsay the version of MTI in terms of trading volumes and Bot trading.”

“FX Choice has blocked the account of MTI due to compliance concerns. We are in the process of obtaining confirmation from FX Choice of the correctness of the statements attributed to them.

The FSCA says its investigation is ongoing, and MTI has partially co-operated with it. “MTI has undertaken to inform all of its clients of the investigation and to provide the opportunity to all its clients to withdraw their assets that are with MTI.”

“We are reviewing the information as it becomes available and will involve the South African Police Service if the discrepancies are confirmed.

The implosion of this Ponzi+pyramid scam is going to be spectacular. One can only hope those involved are put in prison this time.

Still can’t work out why they are not already in jail. This is not their first rodeo.

Yet MTI was ready with a press release of their own.

Their plans:
1) Abandon Forex trading (Too many regulators).
2) Abandon the “Proprietary BOT” on which they based all of their marketing and “competitive edge”.
3) Start trading on a “Crypto BOT” that they of course had standing around doing nothing waiting for this moment.
4) Hope like hell people don’t start drawing their funds (Collapsing the whole house of cards).
5) Get all the cheerleaders making YouTube videos telling the stupid how insightful they are.

This is disgusting and needs strong and immediate intervention.

Look at some of the shady operators and of this scheme and their history in a similar Bitcoin Ponzi operation ( about 27 000 victims ) and stay far away if you do not want to get burned.

Get the feeling the greed portion of the equation is nearing the end and fear portion is about to start.

So, every company that failed now have an affect on MTI. Why will they get it right? Why will MTI be proactive and approach the FSCA? Did any of the commentators here did a due diligence on MTI? Or are you just condemn it because it is too good to be true? Anyway, the pen is in the hand of Brandon Topham, he was a director at Ecsponent that lost R2 billion for investors recently, but I guess he could not see that coming and he and the other fancy directors just left Ecsponent. Surely one can see this loss coming. Do your due diligence boys, and report back.

There is no due diligence that can be done on MTI. Not a single one of their claims can be substantiated by an audit, they refuse to open the books except for screenshots and ledger magix. They have not even filed their CIPC returns. No FSCA licence, claiming bitcoin doesn’t require it.
Anyone with skin in this game is delusional, will suffer severe financial losses and thereafter be chased by SARS.

The Watchman 1 year ago

I’m based in the UK, and here we are awash with Financial Regulation, but it did not stop Sir Fred Goodwin head of Royal Bank of Scotland, from assest stripping and bring their downfall. Or Nation Wide Bank going bust, of the Co-op Bank having a guy at the top with NO Banking experience, and almost put them bust. Or the Libor scandle putting many Property Investors out of business, so reglators did not stop all those scams, and that’s mainstream Banks. The article seemd to be just a mischief making excercise to drive traffic to Moneyweb, by knocking other businesses, and that’s the old trick in the book, for bringing new suscriptions

Other businesses had tangible assets. MTI, not so much…. marketing up the kazoo though.

CONGRATULATIONS F.S.C.A. !!!!! I have watched for 24 years on how “financial advisors AND companies” have taken advantage of the South Africa consumers! I like the teeth I am seeing in this organization!!! KEEP IT UP !!!!