Seek to set aside the Irba disciplinary hearing charge sheet and the recusal of two committee members.
By Roy Cokayne 13 Aug 2021  00:01 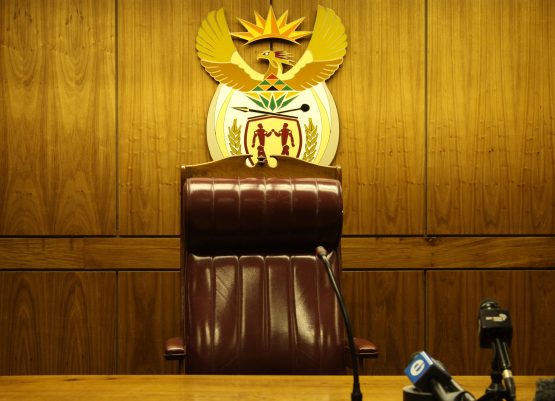 The applicants accuse Irba of having an ‘irregular modus operandi’. Image: Moneyweb

The three former auditors to the failed Sharemax Investments property syndication schemes have lodged a high court review application that seeks to set aside the Independent Regulatory Board for Auditors (Irba) disciplinary hearing charge sheet against them.

They are also seeking to review the dismissal by the Irba disciplinary committee of their application for the recusal of two members of the committee.

Acting Irba CEO Imre Nagy told Moneyweb the disciplinary hearing “will only resume after the outcome of the high court review”.

Advocate Mike Maritz, appearing for the three auditors, applied in February 2021 for the recusal of Suren Sooklal and Horton Griffiths, two members of the disciplinary hearing committee, on the grounds of actual bias or perceived bias and for the hearing to be declared a nullity.

Nagy told Moneyweb in April 2021 following the dismissal of this application by Irba disciplinary hearing chair Advocate Anthea Platt – but before the high court review application was lodged – that the hearing will proceed before the same committee and that the parties were engaging on possible continuation dates.

Wim Cilliers, a partner at Clyde & Co, the instructing attorneys for the three auditors, told Moneyweb they lodged the review application about a month ago and Irba had filed a notice of opposition.

“The next step in the process is that they [Irba] must now file their opposing papers,” he said.

They were all directors of ACT Audit Solutions Incorporated at the time when the alleged offences were committed, and have all pleaded not guilty to all the charges against them.

Sharemax Investments collapsed in 2010 after the finding by a registrar of banks investigation that Sharemax’s funding model had contravened the Bank Act became public knowledge.

In a founding affidavit, Van der Merwe said the aim and purpose of the review application in the first instance is to obtain a declaratory order for the applicants to have a fair hearing before an independent and impartial committee as envisaged in the constitution.

Van der Merwe said the applicants, the three auditors, have been advised that their constitutional rights to have a fair hearing were violated, making the disciplinary proceedings void.

He said that in about August 2010, a complaint was lodged against Dreyer with Irba that at the time was limited to valuation concerns related to Flora Centre, a Sharemax syndication.

Van der Merwe said at the end of 2011 or beginning of 2012, Irba provided the three auditors with a report by a forensic auditor, which made startling and unfounded allegations of fraud and dishonesty against them, and requested them to respond to these allegations.

He said they took exception to the allegations of dishonesty and fraud in their response but thereafter did not hear from Irba until May 2015, when they were presented with a draft schedule of disciplinary charges.

Van der Merwe said Irba specifically requested them to consider pleading guilty to the schedule of draft charges, which did not include any allegations of dishonesty or fraud, to prevent formal charges.

He said they were not prepared to plead guilty to the draft schedule of charges and Irba presented them with formal charges during August 2016.

Van der Merwe said they objected to the charges “as being vague and embarrassing” and heard nothing from Irba until September 2018 when they received a new and second set of formal charges, which also did not involve any form of dishonesty or fraud.

He added that each of the charge sheets contained a “Part A” with the heading “Background to the Charges”, which made it clear that Irba intended to convey to the disciplinary committee that the Sharemax property syndication schemes were “pyramid and/or Ponzi schemes designed to leave allegedly elderly investors destitute”.

Van der Merwe said more importantly, it appeared from Part A of the charge sheet that Irba intended to convey to the committee that the three auditors participated in the alleged pyramid and/or Ponzi schemes “as an important cog in the machinery of Sharemax”.

Read: Sharemax was not a Ponzi or pyramid scheme – attorney

“There was also no evidence that any of the Applicants [the three auditors] actively or passively participated in the Sharemax syndication schemes other than in a restricted professional capacity,” he said.

Van der Merwe said Part A of the charge sheets and the opening address of Irba’s lead counsel at the disciplinary hearing “were false” and there was no evidence to support this narrative, which was “designed and calculated to poison the minds of the [disciplinary] committee”.

He said Irba did not produce any evidence at all to support any one of a number of false and highly sensational statements regarding property syndication schemes and the participation of the three auditors in them.

In a supplementary affidavit, Van der Merwe said the record of deliberations for the judgment in the recusal application provided to them comprised 118 pages.

He said it is clear from some of the WhatsApp messages that both Sooklal and Griffiths were given an opportunity to explain their conduct to the other members of the disciplinary committee and “to convince them why their utterances should not be regarded as actual bias and/or perceived bias”.

Van der Merwe said the disciplinary committee should have analysed Sooklal and Griffiths’s utterances and conduct and then objectively considered whether they constituted actual bias and/or gave rise to a reasonable perception of bias.

“The committee accepted these excuses [by Sooklal and Griffiths], and then embarked upon the production of an academic and generalised judgment that addresses predominantly foreign case law.

“Because of this irregular modus operandi, the recusal judgment ought to be reviewed, set aside and be replaced with an order directing the recusal of … Sooklal and Griffiths,” he said.

The auditors failed the investors here too – It is actually quite brazen to even think of doing this to clear your name after the scandal. The accounting profession is in trouble in terms of ethics and justice never seems to prevail for those that live the high fancy life. I would rather hide away and disappear quietly. The court time is being wasted.