Iva Kautsky at the Nova debenture holders meeting in November 2017. Her father invested almost R1 million in Sharemax's Villa and Zambezi property syndication schemes. In July 2013 he committed suicide in front of the Sharemax offices as a result of the collapse of the scheme. Picture: Moneyweb

A dismissed financial director of Nova Property Group has accused the company of misrepresentating its financial position and claims that the 19 700 former Sharemax investors may be at risk of losing part, if not all, of their original investments.

Liezl Gildenhuys instituted an unfair dismissal claim at the Labour Court in October and says in court papers that she was dismissed unfairly after she reported several apparent financial irregularities to the Nova board, Nova’s auditors and the Independent Regulatory Board for Auditors (Irba). She claims her dismissal was occasioned by her making a protected disclosure as a whistleblower.

She also believes that the Nova group overvalued its properties and could not meet its liabilities at the end of its most recent financial year as it is in such a dire financial position.

In responding to court papers, Nova strongly denied any wrongdoing. The company says Gildenhuys was dismissed in terms of Section 189 of the Labour Relations Act as her position became redundant after the listing of Nova was delayed indefinitely.

Nova CEO Dominique Haese also said, in response to e-mailed questions, that the labour dispute is sub judice. “It would therefore not be appropriate at this time to engage any further on this matter, save to state that the allegations made by a disgruntled Ms Gildenhuys in the labour dispute, are malicious, devoid of any truth or substance, and are denied and rejected by the Nova Group.

“In particular, the allegations regarding fraud, accounting irregularities and going concern issues are specifically denied and rejected.” (See the full response below.) Moneyweb approached Gildenhuys for comment, but she declined, also referring to the case being sub judice. (See her full response below.)

Gildenhuys was appointed as Nova’s financial director in November last year. She replaced Rudi Badenhorst who resigned after he publicly criticised the proposed listing of the Nova Group, stating that the proposal was “daylight robbery”. The proposed listing was subsequently delayed indefinitely.

In her application to the Labour Court, she claims that she uncovered “irregularities in the financial statements, accounting practices and management” at Nova and had reason to believe “a criminal offence has been committed, is being committed or is likely to be committed by the defendant by fraudulently misrepresenting its true financial state”.

She added that Nova failed to repay debenture holders when buildings were disposed of equivalent to R242.5 million, and that “a miscarriage of justice has occurred, is occurring or is likely to occur in not being financially able to meet its full commitment to creditors, debenture holders or any other person or institution”.

Sale and overvaluation of properties

Gildenhuys also claims the “proceeds raised from the disposal of the buildings were utilised for operational expenditure instead of capital expenditure to upgrade the properties and ensure an increased underlying asset value.”

She also alleges that Nova’s remaining properties are overvalued, although no details are provided.

Moneyweb has in the past also questioned the valuations of Nova’s properties, especially those of The Villa Retail Park and the Zambezi Mall developments in Pretoria. In the 2017 financial year, Nova wrote down the valuations of the Villa and Zambezi by nearly R1.4 billion, after Moneyweb queried the matter with previous auditor BDO.

No action from Nova board

Gildenhuys claims she disclosed the alleged irregularities to the Nova board, the audit committee (chaired by Charles Rembe), Nova’s new auditors Nexia SAB&T and Irba between February and April 2018.

Gildenhuys says despite the audit committee undertaking to investigate the matter, “nothing came of this”.

She adds that soon after her disclosure, Nova began “to isolate and ostracise” her, and refused to work with her. She even claims she was requested to leave a board meeting “to prevent her from ‘saying too much’”.

She was served with a notice in terms Section 189 of the Labour Relations Act in March and was dismissed on May 31, less than six months after her appointment.

She says the dismissal is automatically unfair as it was as a consequence of her making a protected disclosure. She seeks compensation of R6.5 million, which translates to remuneration for 24 months.

In answering court papers, Nova strongly denied the claims. Nova says Gildenhuys was employed when it was anticipated Nova would list on the JSE, and that she would become the financial director of the listed entity.

She was therefore dismissed in terms of Section 189 of the Labour Relations Act as Nova’s listing was delayed indefinitely and her position became redundant.

According to the Companies Act, the financial statements should have been published by the end of August, being six months after the year-end.

Moneyweb has been informed that this delay is due to Nexia SAB&T, Nova’s auditors, not signing off on the statements. Bashier Adams, the CEO of Nexia SAB&T, did not want to confirm or deny this, citing Irba’s code of conduct prohibiting the disclosure of confidential information.

Haese, however, states in her response to Moneyweb’s questions that “the Nova Group’s 2018 Annual Financial Statements will be released to its shareholders when available, which is anticipated by the end of November 2018”.

She did not offer a reason as to why the publication of statements was delayed.

Irba confirmed to Moneyweb that no recent reportable irregularity related to any of the Nova companies has been filed. The last one was reported in August 2017 by BDO.

The Labour Court matter you refer to, relates to a labour dispute between Ms Gildenhuys and the Nova Group, which is sub judice and ongoing.

It would therefore not be appropriate at this time to engage any further on this matter, save to state that the allegations made by a disgruntled Ms Gildenhuys in the Labour dispute, are malicious, devoid of any truth or substance, and are denied and rejected by the Nova Group.

In particular, the allegations regarding fraud, accounting irregularities and going concern issues are specifically denied and rejected.

The Nova Group’s 2018 Annual Financial Statements will be released to its shareholders when available, which is anticipated by the end of November 2018.

As to the balance of your e-mail, as in the past, the Nova Group is not prepared to engage with Moneyweb in regard to its affairs.

Should you elect to publish anything in relation to the content of your below email, dated 1 November 2018, we request that you publish this reply verbatim.

I record that since 4 May 2018 you have attempted to contact me, which I immediately reported to the board of Nova Properties. As a result of your continued attempts to engage me, I must assume that the company has failed to inform you that I no longer work for Nova, or any of the group companies.

Based on your latest attempts to engage me, my attorneys, Fluxmans Inc, have advised me to inform you that this matter is sub judice and accordingly, please refrain from contacting me. However, I do recognise the fact that you are a journalist, and accordingly, may I kindly request that, as a courtesy, should you ever choose to use my name in any future article, that you kindly provide my attorneys with a draft document in order for them to consider my legal position and respond accordingly. 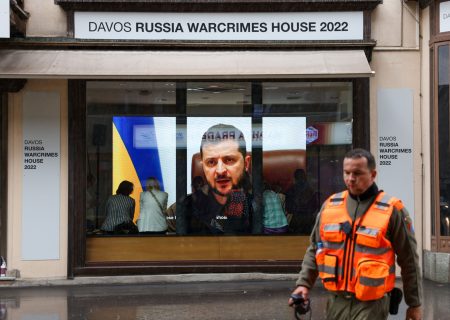