Georgiou to appeal judgements on ‘sabotage’ of class action Property magnate Nic Georgiou has asked for leave to appeal against two High Court judgements that found he not only acted unethically, but also tried to abuse the court process to scuttle the class action application by members of the Highveld Syndication Action Group (HSAG).

The judgements were scathing of Georgiou’s conduct, which saw him secretly settle the claims of the six applicants who represented 7 000 HSAG members in an application for certification of the class action.

Several conditions were evidently attached to the secretive settlements, including that the six applicants must appoint new attorneys and withdraw their original application for a class action certification – a step that would in effect bring an end to the class action application.

All of this was done without notifying the HSAG legal team.

In the application for leave to appeal, Georgiou sets out several technical arguments as to why these judgements were erroneous and that another court could come to another conclusion. These technical arguments include that Theron & Partners did not have a mandate to represent HSAG investors and that the law firm did not comply with discovery notices to expose the identity and financial contributions of HSAG members to Georgiou and Orthotouch. Read the full application here.

Jacques Theron, legal representative of the HSAG, described the application as a further delaying tactic to “to frustrate the class action which increases the costs of the matters.” He added that Georgiou and Orthotouch did “everything in their power to delay matters to appeal, in one year filing six interlocutory applications of which two were already dismissed by the Supreme Court of Appeal.”

Offers on the table

Georgiou also failed to settle the claims of around 800 of the 7 000 HSAG investors who accepted his 50% settlement offer. He offered to repay 50% of the investors’ original investments in ten instalments over three-and-a-half years.

Georgiou has not provided reasons for not doing so and did not respond to a Moneyweb request that he explain his decision.

HSAG steering committee member Johan Stander recently wrote a letter to Georgiou regarding this development and stated that not only did Georgiou not sign the agreements, he also reneged on a commitment to table an improved offer by the end of April. Stander confirmed that the HSAG had suspended further negotiations.

The offer was made to non-HSAG members too, but it is uncertain how many investors were actually settled. In a statement issued on March 31, Orthotouch markets the offer but does not state what the uptake is.

Moneyweb has confirmed that Georgiou continues to target and selectively settle the claims of individuals – especially those that publicly criticise him and Orthotouch. For example: Elna Visagie, a former HSAG Steering Committee member, who actively promoted the class action to investors, supports Georgiou after Orthotouch had offered her employment.

Georgiou and Visagie visited an investor in her home in Cape Town to settle her claim. This investor, who wanted to stay anonymous, is a stern supporter of the HSAG and actively criticises Georgiou and Orthotouch on social media platforms.

The investor alleges that Georgiou said he did not sign the 800 HSAG settlement agreements due to Theron & Partners “moving the goalposts” by demanding that he pay exorbitant legal fees.

Jacques Theron rejected these allegations as false and misleading. In a statement, the HSAG states: “The contribution for costs requested so far is nominal and merely a fraction of the R4.8 billion case against Mr Nic Georgiou and others. Thanks to the size of the HSAG, and since August 2014, the HSAG has requested less than R1 per syndication, per day from its members as contribution towards legal costs.

Unfortunately, because most members are elderly people (with an average age of 75) who invested all their life savings in the HS Companies, a large number of them were unable to make such a nominal contribution.”

Theron also referred to Visagie and other former supporters of the HSAG “who were either bought by Mr Nic Georgiou or employed by him/Orthotouch. These people operate actively on social media to create unnecessary suspicion and confusion among the HSAG members, of which the majority is frail and vulnerable.”

From discussions with investors, the HSAG and Visagie it seems as if investors have the following options:

Georgiou did not respond to several requests to answer specific questions or to respond to a draft version of this article.

‘Most members are elderly people (with an average age of 75)’. It is a sad indictment of our justice system that allows Georgiou to continue delaying tactics. This needs to be brought to an end and this crook brought to book.

I was at a members meeting at Hospice, PMB when Elna Visagie was still part of the good guys. Every third word seemed to be about her religious views, doing what was right, blah, blah. It is incredible to see how she has switched over to the dark side, no doubt with a great story she tells ‘justifying’ it ..

When Visagie had meetings in Bloemfontein “working” for the “interests” of the investors, every meeting was opened with a prayer – wonder which “god” is listening – the one of the Great Book or Mammon.

Life experience has taught me that as soon as someone acts religiously, red flags need to be hoisted

Elna’s always been on the dark side (ie her side, at the expense of unsuspecting clients), from the moment she started selling this junk.

Maybe took some tips from Judas?…you know the one disciple? Money is like drugs, hold a R10 note under some peoples nose and they’re hooked?

My first comment appears to have been too harsh for publication. For once I wish that a Judge will look as this application for what it is and render a judgement which will set an unprecedented benchmark. Georgiou has filed so many “affidavits” that “sworn truth” has become meaningless. My Mother of nearly 80 is dying a slow death of desperation, sadness and loss of the hard earned money that she and my Dad had accumulated as blue collar workers over the years. I’m now looking after her in all aspects as she doesn’t have the finances to survive no thanks to Georgiou and Co. Visagie, Lombaard, Hancke and all the others that have received your Mammon, it comes with a price: On the back of destitute pensioners. Life is funny, what you have today may one day be taken from you and the person that you’re will be an empty shell as you’ll find that nobody will cares or respect you for that matter.

I heard Lombaard and Hancke also fell under Georgiou’s spell and settled with full payment?….hey? Well I heard the Sharemax directors also used religion? Can someone please confirm this?..Either way, I now stay away from people claiming to be religious…better safe then sorry?

This is not surprising. He knows he is in the wrong, the real question is why is he stalling for time?

“Investors can accept 50% of their original capital investment and receive the money in ten instalments over a period of three-and-a-half years;”

Yeah right! Although I have signed my settlement offer in September 2016, no monies were paid to me so far.

“Investors who elected this option may now elect to also receive the 50% option as it wasn’t available when they elected the 40% option. (Some investors have also claimed that they have not been paid in full in terms of this option.)”

Not applicable to me – I wrote to Ortotouch and they said on 10 April 2017, U is nie op Opsie 2 nie, dus sal u die onderhandelinge rondom ‘n 50% skikking met Mnr Theron moet opneem.

it seems that Mr Georgio’s latest excuse it that ALL claimants need to be convinced to settle before he would sign and settle. But it is only excuses – one everyone has agreed he would most probably move the goalposts again

When Georgiou came forward this this “offer” I’ve told everyone concerned: What makes you think for one moment that he’ll keep his word??? His “god” is Mammon and always had been. You just have to visit Bloemfontein and ask around who’s been burned by the Georgiou family. They’ve got no decency whatsoever. If our broker had disclosed to my parents that Georgiou was involved when this “investment” was put them as “the one” I would’ve told him to stick it.

He does not want to settle with anyone —– we as a couple have tried through Theron and through various people who seem to have his ear but nothing —- even suggest 40% or even one of our investments. It is shocking that the justice system just flaps around like a wet fish when these people continue to have no morals or ethics and get away with almost murder – because that is what they are doing, old people are dying in drastic circumstances not affording care etc. The wheel will go round that is a promise —- life happens!!!! The cryptocurrency gained as much as 9.3% to $39 372 on Sunday afternoon in New York, the highest level since June 3. 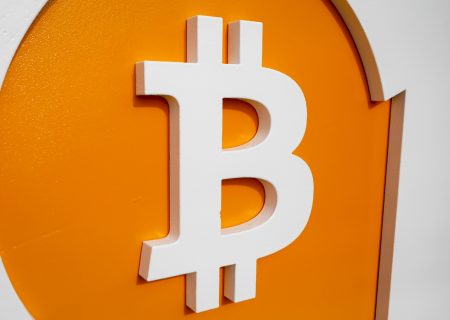 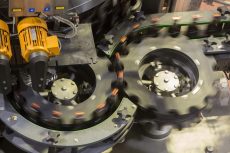