As governance and stewardship falls under the spotlight.
By Hilton Tarrant 14 Dec 2017 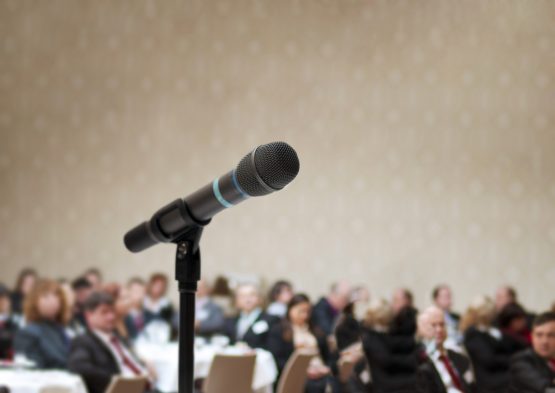 Stanlib and Coronation voted in favour of all resolutions at Steinhoff's AGM in March. Picture: Shutterstock

As the fallout continues from the unexpected resignation of Steinhoff International CEO Markus Jooste last Tuesday and the company’s failure to publish audited financial statements on schedule, it is worth delving into how shareholders voted at the company’s most recent annual general meeting (AGM). The AGM was held on March 14 at the Hilton Amsterdam Airport Schiphol in The Netherlands.

Of the 11 supervisory board members at the time, only three were in attendance (Steve Booysen, who acted as chair, Theunie Lategan and Angela Krüger-Steinhoff), according to the minutes. Christo Wiese (chairman), Claas Daun, Thierry Guibert, Len Konar (deputy chair), Heather Sonn, Bruno Steinhoff, Johan van Zyl, and Jacob Wiese had tendered their apologies. Jayendra Naidoo who had been nominated for appointment as a supervisory board director was in attendance. Two of the management board members were present: then-CEO Markus Jooste and COO Danie van der Merwe. CFO Ben la Grange had tendered his apologies. It is not unusual for directors to not be present at a company’s AGM although, generally, the chairman and/or deputy chair is present.

The number of shares voted in each instance was 74.74% (this excludes related parties such as Wiese and other directors), with results of the votes as follows:

Only three shareholders held in excess of 5% of Steinhoff International’s issued shares, as at September 30 2016, as per its integrated report:

In both cases, the PIC says that it voted against the resolution as “the percentage of shares proposed exceeds [the] PIC limit of 5%”.

For the resolution on the authority to issue shares (11), Steinhoff proposed that the management board be authorised to issue up to 10% of the total share capital of the company for “all purposes, including, the granting of stock options, financing of mergers and acquisitions and issuing new convertible bonds”, plus “up to an additional 10%… [which] may only be used in connection with or on the occasion of mergers and acquisitions and strategic alliances”.

The PIC, as a rule, votes against all resolutions related to the authority to issue shares if the percentage is higher than 5%.

Coronation, according to its publicly available Proxy Voting Results, voted “for” all 13 resolutions at the March AGM.

In fact, over the last four years (since December 2013), Coronation has only voted against two resolutions at Steinhoff International AGMs (or general meetings, special meetings or extraordinary general meetings; this includes meetings for SHF, prior to its Frankfurt listing as SNH). These two votes against were in 2013 for the placement of shares under the control of directors (resolution 6) and the authority to create and issue convertible debentures (resolution 10).

Old Mutual Investment Group, for Old Mutual Equities, voted against two resolutions and noted concerns about a further five (while voting for those). It has not disclosed its exposure to Steinhoff publicly, but as at September 2017, Steinhoff comprised 7.33% of its Industrial Fund, 6.48 of its Top Companies Fund and 4.59% of its Growth Fund.

The two votes against in question were 9(b) and 9(c): the election of Claas Daun and Bruno Steinhoff to the supervisory board. In both cases, it says, “We note the concern regarding independence of this director, however, we have the further concern regarding long tenure and the imperative of the board to bring in new directors with experience in European retail in terms of the company’s business strategy. A vote against this director is therefore warranted in terms of appropriate board succession planning.”

It had concerns about the other two director votes as well (Christo Wiese (9(d)) and Jayendra Naidoo (9(e)), but voted in favour of those. It says in its Proxy Voting record, “We note the concern regarding independence, however, our view is that the director has the requisite skill and experience to oversee the company’s business strategy.”

Furthermore, Old Mutual had similar concerns to the authority of directors to issue shares as the PIC. It notes “the dilution exceeds 5%”. Finally, it says it had concerns about the authority to repurchase shares (resolution 13): “We note the open-ended nature of the rationale expressed by the company for the resolution, however, after engagement with company it was explained that the repurchase would be used for repaying convertible bonds and for specific M&A situations arising therefore a vote in favour is warranted.”

Stanlib voted in favour of all 13 at the March AGM, according to its proxy voting record.

Foord does not disclose its voting record, only its Voting Principles.

Nedgroup Investments consolidates its voting across all resolution types in a quarterly report, and Sanlam Investments does the same.

Allan Gray initiated a small position in October 2017 “after the share underperformed meaningfully due to a tax investigation and other negative news. We did this with knowledge of the risks” (it details these here: How has your investment been impacted by the fall in the price of Steinhoff?). The investment manager further notes that “apart from a brief period in 2013, we have not owned Steinhoff on behalf of our clients”. It therefore did not vote at the 2017 AGM.

The point must be made that passive funds/holders of stock do not vote at AGMs, resulting in a smaller pool of shares that do vote.

Clearly not one asset manager group voted against or raised concerns about the proposed resolution to adopt (approve) the 2016 financial statements of Steinhoff International. It most probably was the same scenario for the 2015 financial statements.

As such the asset managers (that represent pension fund and retail investors) were clearly quite satisfied with the company’s acquisition trail, with the increasingly high debt levels, with the decreasing poor income generated from direct on balance sheet operations, with the growing high income from other sources (off balance sheet income such as interest on loan advancements) and with the valuations tendered in the financial statements – otherwise they would have raised their concerns and voted against the adoption of the audited financial statements.

So why do the asset managers all cry foul now after the fact? Only because they did not do their analysis and proper evaluation at the time and are trying to save their hinds. A clear case of gross negligence. Commercial lawyers should notice this opportunity for superb fee generation. Did I hear class action?

Maybe the asset managers relied on the integrity of Deloitte’s audit work?

Disagree. Anomalies in cash flow per share, receivables and payables days, gearing etc. raised many questions that were at odds with management’s assertions. In short the books were half cooked so it was easier to spot that something was wrong. Also when compared against its main European peer, IKEA, SNH looks positively pedestrian and that is how questions came about. The results worsened from 2016 to 2017 and the cooking of the books went on unabated.

The chances are good that the auditors would have signed off on the 2017 statements, like they did in 2016, had it not been for the KPMG/Gupta fall-out which made them more sensitive!!