Witness chaired the committee that previously investigated the case against the three auditors.
By Roy Cokayne 8 Feb 2021  00:01 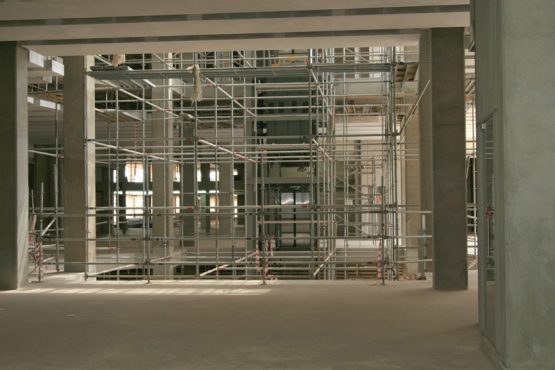 A view of the interior of the half-built Villa Retail Park in Pretoria. Image: Moneyweb

The independence of an expert witness has been brought into question at an Independent Regulatory Board for Auditors (Irba) disciplinary hearing against the former auditors of the failed Sharemax property syndication scheme.

This follows Brian Smith, who has 45 years’ experience in the accounting field and is Irba’s expert witness in the case, confirming last week that he was a member of Irba’s investigation committee from 2004 until 2016 and chair of this committee from 2011 until 2016.

Smith further admitted that during the time he chaired this committee it concluded the investigations into the conduct of the three audit practitioners, reached an opinion on it, and passed this onto Irba’s disciplinary advisory committee with a recommendation.

“It seems to me on any objective view of your involvement there, that you are not really in an arm’s length position with Irba,” said Mike Maritz, counsel for the three audit practitioners who are facing a total of 413 improper conduct charges related to Sharemax.

“You are a cog in the Irba machinery, if I could borrow that expression from the charge sheet.”

This is a reference to Irba’s charge sheet, where the background sketched states that: “The auditors were a crucial cog in the machinery of the Sharemax syndication. But for their conduct, the public would not have been enticed to invest in their schemes.”

Irba’s charge sheet further states: “In 2010, the Sharemax investment scheme imploded. At the time, it was the biggest-ever collapse of a property syndication scheme in South Africa, in which 33 000 investors invested an estimated R5 billion.”

They were all directors of ACT Audit Solutions Incorporated at the time they allegedly committed the offences, while Van der Merwe was also the managing partner of the firm.

All three previously pleaded not guilty to all the charges against them.

Witness ‘made a recommendation of guilt’

Maritz said the difficulty that arises with Smith’s chair’s hat is that he made a recommendation of guilt with the formulation of some charges to support that and is now “testifying supposedly as an independent expert as a flag bearer of certain viewpoints on behalf of the complainant”.

“You [Smith] yourself emphasised the importance ordinarily for an auditor or practitioner to be independent. But it seems you have fallen into that very trap. You are not independent,” he said.

Smith said the investigation committee “never had a guilty verdict”.

“The investigation committee put forward the recommendation of a hearing because at that level one could not decide. It was never ‘You are guilty. You are not guilty.’ There were charges to answer,” he said.

Smith added that his curriculum vitae was part of the documents and disclosed that he was a former chair of the investigating committee.

“You are disqualified as an expert because of your obvious lack of objectivity precisely because of your intimate involvement in those capacities that we have canvassed before,” he said.

In his earlier evidence in chief, Smith gave evidence of what he would have done and expected the auditors to have done in doing assurance work for Sharemax.

Smith said an example of an inconsistency in prospectus 14 for The Villa Retail Park development was that it stated that interest would be paid to the noteholders from inception, but no interest costs were shown in the forecast.

He stressed that the auditors were not signing off on the prospectus but needed to read it to make sure there was nothing in it that was in conflict and could cast doubt on the assumptions made in the forecasts.

Smith said there were also inconsistencies in the prospectus about how the syndication value of the R75 million raised in terms of the prospectus would be utilised.

He said the projected purchase price of The Villa shopping centre from Capicol, the developer, was R2.9 billion but there were a number of caveats in the purchase and sale agreement.

Smith said he also saw a signed lease agreement with Shoprite Checkers, which also contained a lot of caveats, including a cancellation clause that if the centre was not operational by July 2011 the lease would fall away, but the centre was only expected to be completed in August 2011.

“That gave me grave doubt it [would] be fully let from the date of occupation. These are factors that need to be considered in the assumptions made,” he said.

“I would have expected all of the monies to be sitting in a bank account somewhere but here we have got loans receivable of R778 million, only cash of R28 million and losses of R184 million. That certainly doesn’t accord with what I read under profit history.

“I believe you had to have an income statement to be able to bridge the gap as to how R184 million [losses] arose,” he said.

Smith said he would have expected the auditors themselves to have performed certain procedures to check the veracity of the information used and the assumptions in the prospectus.

However, he said the prospectus states that it was “checked by Sharemax and lawyers Weavind”.

“It says to me that they did not do any work. They were reliant on the work done by the client and the client’s legal advisor. I don’t believe they have covered their own procedures. That is what I read into that,” he said.

‘Way off the mark’

Maritz said an analysis of the 340 charges demonstrates that 332 of them are based on alleged non-compliance with the SA Institute of Chartered Accountants (Saica) guide and that the status of the Saica guide is not the same as one of the international standards, is not a binding instrument.

“It seems to me to be way off the mark to charge someone on the basis there had been a failure to comply with a Saica guide in this respect or that respect. It must involve far more than that. A deviation from an accepted practice of what ought to be done,” he said.

Smith said he could not disagree with that statement.

Irba closed its case against the auditors on Friday. Prior to Smith, it called two other witnesses, Irba investigator Freddy Fobian and former deputy registrar of banks at the South African Reserve Bank Michael Blackbeard.

The disciplinary hearing is continuing.

What they call an “COG” of IRBA’s machinery which was IRBA’s expert witness should rather have stayed home than highliting the incopmpetance and uselesness of IRBA.
Let me explain why I sy so: The “expert” testified that he saw an agreement with Shoprite Checkers, which also contained a lot of caveats, including a cancellation clause that if the centre was not operational by July 2011 the lease would fall away, but the centre was only expected to be completed in August 2011.

“That gave me grave doubt it [would] be fully let from the date of occupation. These are factors that need to be considered in the assumptions made,” he said.

Smith added that the basic rate of escalation in the lease was 6% per annum compounded, but the rate of escalation in the forecast was 9%.
Well, a am sure if Smith is an expert in reporting on properties financials he should at least have known that the rental rate per m2 as well as the yearly escalation that are negotiated with the ancor tennant of a 14 000 m2 shop will be much less than what a 100m2 tennant will pay. The average escalation negotiated with an national or what they call an anchor tennant is anything between 0% and 6%. Sometimes the ancor’s rental don’t have an escalation for the first year or two. A tennant with a 100m2 shop used to have an 12% escaltation clause. Therefor the 9% escalation calculated on the average rentals of the Villa was 100% in line.

I suppose I should have said DISQUALIFIED expert witness as will be proven in the high court if the Auditors is not satisfied with the final “independant”LOL IRBA ruling on this case.