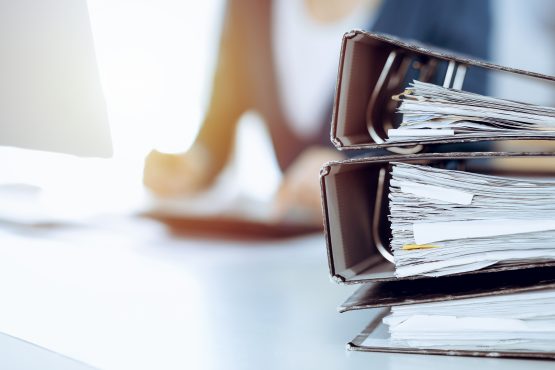 The accused were directors of ACT Audit Solutions Incorporated at the time when the alleged offences were committed and have pleaded not guilty to all the charges against them. Image: AdobeStock

The Independent Regulatory Board for Auditors (Irba) has labelled a high court application to review the partly-heard disciplinary hearing of the former auditors of the failed Sharemax property syndication schemes as incompetent and premature.

The auditors are seeking a high court order declaring that their rights under Section 34 of the Constitution have been infringed and an order declaring the Irba disciplinary proceedings to date to be a nullity, and setting them and the charge sheet aside.

Imre Nagy, acting Irba CEO and director of inspections, says in a 573-page answering affidavit that the review application is simply the next step in the stratagem that has unfolded as the disciplinary proceedings progressed “to make it as difficult as possible for the pro forma complainant [Irba] to make its case, and for the practitioners to avoid ever having to answer for their conduct”.

“It is not a genuine attempt to vindicate constitutional rights. It is, instead, an attempt to stop the process in its tracks, for as long as possible. It should not be entertained,” he said.

The review application was lodged last year after the Irba disciplinary committee dismissed an application by Advocate Mike Maritz, appearing for the three auditors, for the recusal of Suren Sooklal and Horton Griffiths, two members of the disciplinary hearing committee, on the grounds of actual bias or perceived bias and for the hearing to be declared a nullity.

Nagy told Moneyweb last year the disciplinary hearing will only resume after the outcome of the high court review.

Wim Cilliers, a partner at Clyde & Co, the instructing attorneys for the three auditors, told Moneyweb last month the review application was only likely to be heard in the fourth quarter of this year.

They were all directors of ACT Audit Solutions Incorporated at the time when the alleged offences were committed and have all pleaded not guilty to all the charges against them.

Sharemax Investments collapsed in 2010 after the finding by a registrar of banks investigation that Sharemax’s funding model had contravened the Banks Act became public knowledge.

About 18 700 investors invested an estimated R4.6 billion in Sharemax’s various investment schemes. Nova Property Group was tasked in terms of the original scheme of arrangement to repay investors.

Read:
‘Sharemax investors screwed twice’
Nova may be a bigger failure than Sharemax

In the answering affidavit to the review application, Nagy said the constitutional relief should not be granted for at least three reasons.

Nagy said the practitioners’ complaint is that an administrative process, to which they are subject, is unfair.

He said their remedy, if they are correct that the process has been unfair or that the decision maker is biased, is a review in terms of the Promotion of Administrative Justice Act (Paja).

“The practitioners cannot side-step Paja and seek to rely directly on section 34 of the Constitution to litigate what is, in effect, a challenge to an administrative process,” he said.

Nagy said the review application is also premature because the disciplinary hearing is “midstream”.

He said it would be inappropriate to intervene at this stage, adding that the process must run to completion, and if there are any grounds on which to review the outcome of the process, then they should be brought at the end of the disciplinary hearing.

“To proceed otherwise would be to permit the piecemeal resolution of disputes, and risk wasting the court’s resources in circumstances where the [disciplinary] committee may yet acquit the practitioners – making a review in due course unnecessary,” he said.

Nagy denied that there has been any infringement of the practitioners’ rights under Section 34 of the Constitution.

He said a proper account of how these proceedings unfolded shows that, at every turn, Irba endeavoured to ensure that the committee had the information before it that it needed to perform its task and that the practitioners knew precisely the case that they had to meet, so that the process was fair.

“These efforts were repeatedly frustrated by the practitioners’ efforts to obstruct the pro forma complainant [Irba] in presenting its case.

“This application is simply the next step in that stratagem. It is not a genuine attempt to vindicate constitutional rights. Instead, it is an attempt to put the brakes on the process for as long as possible,” Nagy said.

He added that in sum, the transcript of the disciplinary hearing tells a very different story from the one in the founding affidavits.

The alternative to the constitutional relief is an application from the auditors for the setting aside of the disciplinary committee’s recusal decision and substituting that decision with one recusing Sooklal and Griffiths.

In a founding affidavit, Van der Merwe said the aim and purpose of the review application in the first instance is to obtain a declaratory order for the applicants to have a fair hearing before an independent and impartial committee as envisaged in the Constitution.

Van der Merwe said the applicants – the three auditors – have been advised that their constitutional rights to have a fair hearing were violated, making the disciplinary proceedings void.

He said Irba at the end of 2011 or beginning of 2012 provided the three auditors with a report by a forensic auditor that made startling and unfounded allegations of fraud and dishonesty against them, and requested that they respond to these allegations.

Van der Merwe said they took exception to the allegations of dishonesty and fraud in their response but thereafter did not hear from Irba until May 2015, when they were presented with a draft schedule of disciplinary charges.

He said Irba specifically requested them to consider pleading guilty to the schedule of draft charges, which they were not prepared to do, and Irba presented them with formal charges during August 2016.

Van der Merwe said they objected to the charges “as being vague and embarrassing” and heard nothing from Irba until September 2018 when they received a new and second set of formal charges, which also did not involve any form of dishonesty or fraud.

He added that each of the charge sheets contained a “Part A” with the heading “Background to the Charges”, which made it clear that Irba intended to convey to the disciplinary committee that the Sharemax property syndication schemes were “pyramid and/or Ponzi schemes designed to leave allegedly elderly investors destitute”.

Van der Merwe said more importantly, it appeared from Part A of the charge sheet that Irba intended to convey to the committee that the three auditors participated in the alleged pyramid and/or Ponzi schemes “as an important cog in the machinery of Sharemax”.

“There was also no evidence that any of the applicants [the three auditors] actively or passively participated in the Sharemax syndication schemes other than in a restricted professional capacity,” he said.

Van der Merwe said Part A of the charge sheets and the opening address of Irba’s lead counsel at the disciplinary hearing “were false” and there was no evidence to support this narrative, which was “designed and calculated to poison the minds of the [disciplinary] committee”.

For now, the outcome of the high court review, likely in the fourth quarter of 2022, is awaited.