Klopper drops defamation suit for ‘Give that man a Bells’ quip

After defendant requests documents that would become accessible to the public if he complied.
By Ryk van Niekerk 5 Feb 2021  00:01 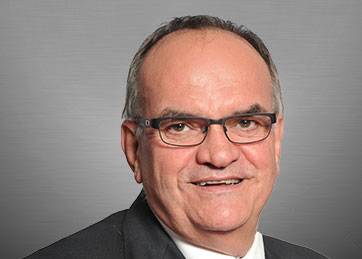 Hans Klopper, head of international accounting firm BDO’s business restructuring division, has withdrawn a defamation suit against an individual who endorsed a Facebook post related to his conduct as business rescue practitioner of the Highveld Syndication (HS) companies.

The case stems back to 2017 when Klopper sued three individuals for defamation and claimed R2.5 million in damages and future income loss. (Klopper has not withdrawn his cases against the other two individuals.)

At the time, Klopper was the business rescue practitioner of the failed HS companies, in which around 18 000 investors invested nearly R5 billion.

There was significant unhappiness among investors about the process and related developments, which triggered several legal challenges.

One of these challenges came from the Highveld Syndication Action Group (HSAG), which instituted an application for a class action.

Klopper took offence to the following extracts from the post (translated from Afrikaans):

“Everyone knows about the influence that Jacob Zuma and the Gupta’s trickery had on the state capture of the RSA … You can just as well replace the names of Zuma and the Guptas with [former property magnate] Nic Georgiou, Hans Klopper and the ‘role-players’ of Orthotouch … Orthotouch was registered as a company in 2010 with the only goal of channelling the Highveld Syndication companies and other fraud through Orthotouch …

“That is why Nic Georgiou, Hans Klopper, the attorneys, the directors of the HS Syndications, all [27 of them] should be charged with fraud in the class action court documents.

“It is really another matter to get them before a court, but [HSAG attorney] Jacques Theron and his advocates are trying their level best to have them face justice.”

Klopper sued Pienaar for writing the WhatsApp message, and Du Plessis for posting it on Facebook.

“Pine hits the nail on its head! Give that man a Bells”.

At the time, Van der Merwe was a legal cost consultant who worked on the bills of cost relating to the recovery of monies from Orthotouch and Georgiou.

In his summons, Klopper claims that Pienaar and Van der Merwe’s posts were “wrongful and defamatory of the plaintiff in that they were intended and were understood by the readers of the Facebook page that the plaintiff is dishonest, party to fraud and charged with fraud”.

Klopper says he is an attorney and a business restructuring professional with 34 years’ experience, and that his “reputation is fundamental to the conduct of his business”.

Klopper claimed from the three respondents an amount of R500 000 for damages he suffered as a result of the posts and a patrimonial loss of R2 million for a potential future loss of “business by not being appointed as a director of companies, an advisor, a liquidator, a business rescue practitioner, a receiver, and a trustee”.

In response to Moneyweb questions, Van der Merwe said Klopper’s attorney approached her for an extension of the case “after I placed them under pressure to discover for trial”.

“I informed his attorney that there had been no prosecution of the claim since I filed my plea. I asked his attorney if Klopper is serious about continuing the matter. I suggested that he withdraws, and each party pays their own costs.”

Van der Merwe said she thinks Klopper only withdrew his defamation case against her, and not Pienaar and Du Plessis, because she requested particular documents from Klopper to assist her in defending her case, as she is entitled to do.

Once Klopper provided these documents to Van der Merwe, they would become public documents which anyone can access.

“I’m the only defendant who placed Mr Klopper under pressure with the discovery of documentation. I duly discovered and filed at court, the Harrison & White 417 Report authored by Judge Bertelsmann.

“Mr Klopper has actively promoted himself as being a high-profile, highly principled, business rescue practitioner. The 417 Report of Judge Bertelsmann suggests that this is not the case.

“The Harrison & White summons seems to mirror the Bertelsmann Report. I informed Mr Klopper via his attorney that I intend to cross-examine him, inter alia, on this.

“Mr Klopper’s boorish approach and the manner in which he has conducted himself so far in this litigation has led me to the conclusion that he believes himself to be above the law. I do believe that he did not have the appetite for a difficult defendant.”

Read:
The dark underbelly of the business rescue industry
The Section 417 report

“He is a seasoned attorney and [should] have thought very carefully before having summons issued against me and the two others. It seems he did not.”

Klopper declined to comment, saying only: “This is a private matter and I also do not discuss legal matters with the media. I trust you will respect this position.”

Give that girl a Bells..!

I find this extraordinary. I would have assumed that an experienced lawyer would include a non-disclosure clause in a settlement agreement – A rookie mistake.

I am not a lawyer, but common sense tells me that if I am in any way involved in an ongoing court case I should not make any comments about the case on any social platform.

But if I read correctly, there was no settlement agreement as such. Kloppers just withdrew his claim, and there was an agreement (verbal?) that if that happens (withdrawal of claim) then each just pays their own costs.

Give that lady a Bells!

Klopf kloo… Who’s there… The man with the bells

The proof is in the pudding as they say. Ask no questions hear no lies. If you suffered losses from remarks proof it!

Rule number 1: Never sue when you have skeletons in the closet.

You called his bluff and he ran – – must have A LOT to hide there.