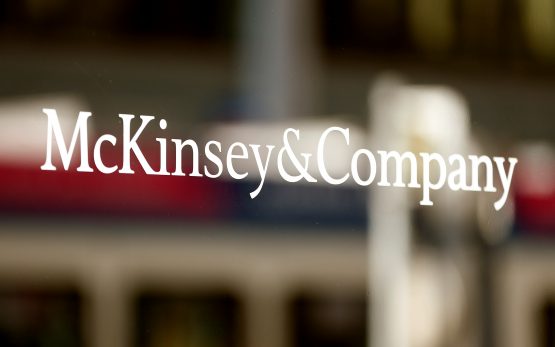 The DA has already filed charges of fraud, racketeering and collusion against McKinsey. Picture: Reuters/Arnd Wiegmann

McKinsey in July said it’s reviewing documents related to work done for Eskom. An interim report by Eskom and G9 Forensic found McKinsey and Trillian, a company linked to the politically connected Gupta family, made R1.6 billion in fees and expected to make another R7.8 billion, according to amaBhungane and Scorpio, two investigative journalism groups. The US firm hasn’t engaged in corruption or paid bribes, it said in an emailed response to questions.

Singh was placed on leave in July after he was linked to a series of questionable deals involving the Gupta family, who are friends with President Jacob Zuma. Koko was suspended pending an investigation into contracts awarded to a company where his stepdaughter was a director. He had denied wrongdoing.

Eskom is spending tens of billions of rands on new power plants that are years behind schedule and is at the centre of allegations that the Guptas, who are in business with Zuma’s son, used their relationship with the president to win state business. The company disclosed R3 billion of irregular expenditure in its financial results on July 20, a figure which its auditors said they couldn’t independently confirm. Zuma and the Guptas have denied wrongdoing.

South Africa’s biggest opposition party has already filed charges of fraud, racketeering and collusion against McKinsey and said it plans to approach the US Department of Justice about the work the consultancy did for Eskom.

Do we have here an upcoming Ministerial vacancy for Cde Dlamini-Zuma? Remember, I called it first.

Just to sidetrack from the article; is Singh still going to give us the “tell-all” report he promised us?