The application for the final liquidation of Mirror Trading International (MTI) has been postponed until May 31, apparently by groups who believe the company can still be saved.

Moneyweb understands three groups are opposing the final liquidation in favour of business rescue, alternatively that they be allowed to restructure the company’s debts in terms of a Section 155 (of the Companies Act) compromise.

MTI was placed in provisional liquidation in December last year when investors tried without success to withdraw funds from the scheme, which was rated by Chainalysis as by far the world’s biggest crypto scam of 2020.

Van Rooyen says some traces of the estimated 23 000 bitcoin transferred to MTI by tens of thousands of investors had been located, but a full accounting of what happened to investor funds will take more time. Van Rooyen adds that there is still no sign of MTI CEO Johann Steynberg, who disappeared last year, apparently to Brazil.

It was previously thought that 23 000 bitcoin worth R17 billion had been transferred by members to MTI. The provisional liquidators are now trying to verify that.

“We can’t confirm the amount of bitcoin at this stage. We are busy with a section 417/418 inquiry (which is a secret inquiry), and seen in the context of the estate, we are reluctant to comment at this stage,” adds Van Rooyen.

Brandon Topham, head of enforcement at the Financial Sector Conduct Authority (FSCA), says it is impossible that an unlawful scheme like MTI could be saved.

“It was a Ponzi scheme. This is a business that never traded. It was operating without a licence. How can you save an unlawful scheme?”

The FSCA advised the public to steer clear of MTI in August last year on the basis that it was operating without a proper licence and was making extravagant claims of returns of up to 10% a month, using a computerised trading system.

When the FSCA investigated, it found no evidence of any successful trading. In November 20202, the regulator conducted search and seizure raids on the offices of MTI and homes of some of its senior executives, and in November opened a criminal case against the company.

MTI was structured as a multi-level marketing scheme that rewarded members for signing up new investors, for which they could earn 10% commission on sums invested. The scheme was astonishingly successful at attracting new investors, even after repeated warnings by the FSCA to steer clear of the company and its promises of high returns. By some accounts it managed to attract more than 60 000 investors, some with multiple accounts. There were an estimated 280 000 accounts in existence at the time the company was placed in provisional liquidation in December, though some of these were certainly fake accounts opened to generate extra commissions for participating scheme members.

The MTI database was hacked by Anonymous ZA, and appears to show some outrageous returns by those at the top of the multi-level marketing scheme. The top earners managed to accumulate more than R100 million by building a “downline” of hundreds and even thousands of new members. One lead member started with $100 in April 2019 and ended up making R37 million 20 months later.

MTI members will now have to wait until May to see if the company can be rescued or will be placed in final liquidation. The FSCA has warned that those who profited unlawfully from the scheme will be asked to repay the money, and SA Revenue Services will also likely be keeping an eye out for its share of the take.

For a Section 155 compromise to succeed, it must have the support of 75% of creditors, but this route does not provide any moratorium against legal action during negotiations with creditors, nor does it protect those who signed surety for the company.

The mere fact that “business rescue” is considered for a Ponzi scheme shows that we have a “FAKE” judicial system in SA. Not to mention some seriously challenged people in the system.

Hahahaaa. Its like one big circus. Its just about another clan of thieves wanting to get in on the action. Build a nation with this?? Good luck.

I am willing to bet 1/2 a Bitcoin nobody goes to jail.

This is why this happened, it is not only the company founders versus these poor innocent investors (although some will fit this profile). As blogged previously there are people that know this is bad but figure they can get out early and also go onto recruit people close to them knowing that this will eventually hit the fan.

With regards to any rescue, whoever is suggesting this is smoking their dirty socks. THE MONEY IS GONE including the R37 million the guy mentioned above got.

Some people just know how to do it.

when will we learn in south africa that when it is too good to be true, it is not true – there is always a snake in the grass, difference this time it was a massive hungry crocodile.

to be quite honest, i would be ashamed of myself, if i was one of the disciples who convinced people to invest / loose their hard earned money in mti – especially top earners like the R37 million – one must be really thick skinned to do that and still have a night’s sleep.

To prevent more money lost, do not think to rescue a company that in legal terms did not even existed.

If mti ceo johann steynberg is actually somewhere overseas in brazilia or wherever and he is the only person with access to the bitcoin “investment”, what happens if something happens to him? Is the bitcoins then lost forever – who is the next person in the row to get this information from him – lets one think

I want to bring your attention to this operation, it is called Petron Pay this has been doing the rounds on WhatsApp, you also need to pay an investment fee and also recruit people, The first thing when I hear recruitment spells danger. I see many local people are onboarding this Pentron Pay, I have checked out the website does not seem realistic but please enlighten me if you have heard of this before. 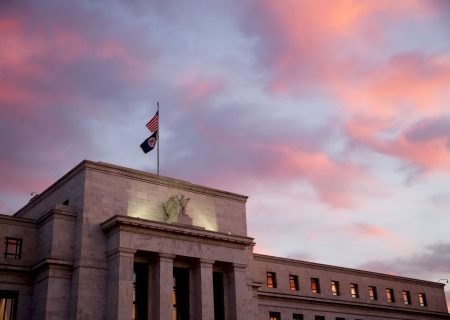