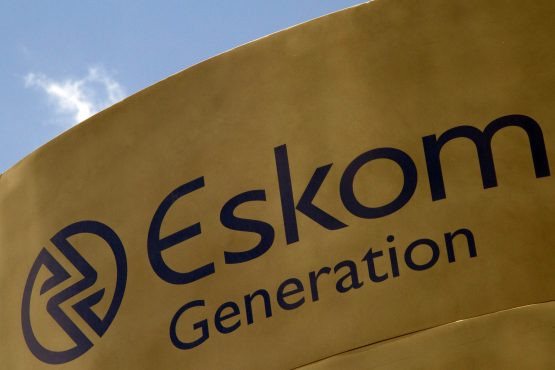 If Eskom returns to government for more money, it will have to stand in line behind SAA, the SABC, and Denel, of course, as well as National Treasury itself which is looking for an additional R50 billion to plug a hole in the current budget, writes Thompson. Picture: Bloomberg

The National Energy Regulator of South Africa (Nersa) on Friday handed down its decision regarding Eskom’s tariff increase for the 2018/19 financial year, which will have massive implications for the state utility and government’s finances as a whole.

No wonder the utility was “disappointed”. “Eskom notes and is disappointed with today’s decision by the National Energy Regulator of South Africa (Nersa) on Eskom’s allowed revenue of R190.348 billion for the 2018/19 financial year,” per its response.

The significance of this cannot be understated. Eskom’s financial position is extremely precarious. To fund the development of its new fleet of power stations, the utility has been taking on ever more amounts of debt to do so (see graph below). The servicing of its debt has been made possible through large above-inflation increases in its tariff as regulated and allowed by Nersa, which has ultimately inflicted damage on a slowing and vulnerable economy. (Electricity price increases have created a shock in the domestic economy, curtailing growth and stalling Eskom’s electricity sales.) At the same time, and due to declining perceptions of governance, the company has almost completely shut itself out from accessing new sources of capital. Eskom was expecting to raise R39 billion this financial year from a combination of local and international bond offerings, and new relationships cultivated with export credit agencies and development finance institutions. None of these plans have to date been successful.

This essentially means that Nersa has now closed the last tap Eskom can use to keep itself afloat without having to become more introspect. It will now be forced to drastically restructure its business, or, it will have to return to its shareholder –  government – for more money.

If it elects to ignore the glaring inefficiencies in its business and return to government for more money, it will have to stand in line behind SAA, the SABC, and Denel, of course, as well as National Treasury itself which is looking for an additional R50 billion to plug a hole in the current budget, while the country’s investment grade credit rating hangs by a thread. Eskom, being big and important, may push its way to the front of the queue, but how much political appetite will there be to bail out the capital of corruption?

So now might well be the time for Eskom to take a long hard look at itself in the mirror. It is fat, slow and ugly. It’s lived off the fruits of patronage for far too long.

This is evident from the increase in its operational costs over the last five years (in the table below, included based on the way it presents its accounts).

While electricity sales declined by 5% over the period, operating costs shot up:

Employee benefits – which comprise salaries, bonuses and housing benefits – have increased on average by 10% per annum over the last five years. Primary energy costs have risen even faster, by 12% on average per annum. To its credit, while these cost increases have moderated over the last two years, there was only one year Eskom contained costs below 5.2%, and that was financial year 2016.

So if it cannot meet the discipline imposed by Nersa, its going to become even more indebted. It must take the knife to itself and address its cost base immediately, and modernise by restructuring over the long term if it is to avoid detonating a financial crisis in South Africa.

So this is its Rubicon moment. What will it do?

The diffenrence between the boards of Eskom and Steinhoff is that the Steinhoff board-members were oblivious to the rampant fraud. At Eskom the whole board is part of the feeding frenzy.

Eskom and Steinhoff faces the same future. The business will be broken up, loss-making parts closed down and the rest will be sold off to the highest bidder, while board-members will face jail time.

Eskom is a giant ongoing fraud, sponsored by government and funded by the taxpayers.

I strongly believe Sensei that you would agree with the following statement. That the capacity, experience and knowledge of the Steinhoff board on general were much better than the board members of Eskom.

Should you agree to that, how is it possible that the lesser board of Eskom is fully aware of all the dealings, while the stronger and more experienced board of Steinhoff is oblivious?

Should you not agree with my first statement then your statement is fully justifiable, but one should the proceed to compliment Lynne Brown and Zuma for putting together a board of higher calibre than Steinhoff – the ‘best’ that private had to offer.

(It’s a private investor or a fund’s prerogative whether they see value in a certain company share, versus I cannot “disinvest” in my SARS-tax liability which indirectly funds BEE-transformed SOE’s, I did not choose to “invest” in.)

ESKOM’s long-term dilemma: their business-model is based on they need all the households to use Eskom-generated power, in that way the municipalities can use the (paying) wealthier & middle-class neighborhoods to subsidize the (mostly non-paying) less affluent/informal areas with electricity.

Allow too high (20+%) annual tariff increases, it will become more worthwhile for wealthier/middle-class households to install Solar-PV panels with battery bank.
If ESKOM starts failing due to outages, as result of not getting their 20% increases / lack of funding, then AGAIN Solar-PV is the way to go.

So ESKOM will in future will supply mostly the less affluent areas, and collect little in return, while wealthier households pay for themselves. Hence the resistance to allow more Wind and Solar players into the market. In a monopoly you can charge what you want…

Issue is…the taxpayer will be forced to continue fund inefficiency.

Reinstating Koko would be an interesting move now, the reality is the only thing that will save Eskom is a complete clear out of the incompetent management team and board. Followed by a modernization and restructuring of the business. First thing to do after placing a strong management team in place is to split the generation and grid operator business. Allow the generation business to compete with IPPs on a commercial basis and you will quick see how efficient Eskom can become.