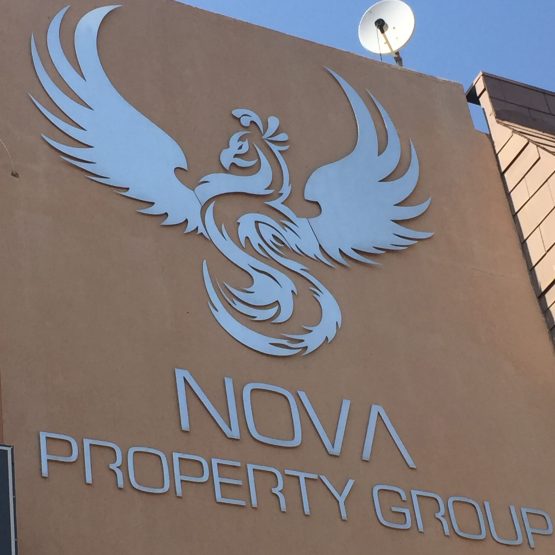 The auditor of the Nova Property Group has filed a reportable irregularity (RI) with the Independent Regulatory Board of Auditors (Irba). Nova has also contravened the Companies Act again, as it failed to produce audited financial statements within six months of its year-end for a second consecutive year.

Irba confirmed to Moneyweb that Nova’s auditor, Nexia SAB&T, filed the RI on December 5, but stated that it could not disclose the details.

An RI is considered a severe indictment of the board and management of a company and auditors are compelled to report such irregularities to Irba.

The Auditing Professions Act defines a RI as any “unlawful act or omission” committed by directors or the management of an entity, which leads to creditors and other stakeholders suffering a “material financial loss”, is “fraudulent or amounts to theft” or represents a material breach of any fiduciary duty.”

Moneyweb put questions to the Nova board, but neither Connie Myburgh nor Dominique Haese, the chairman and CEO, responded. 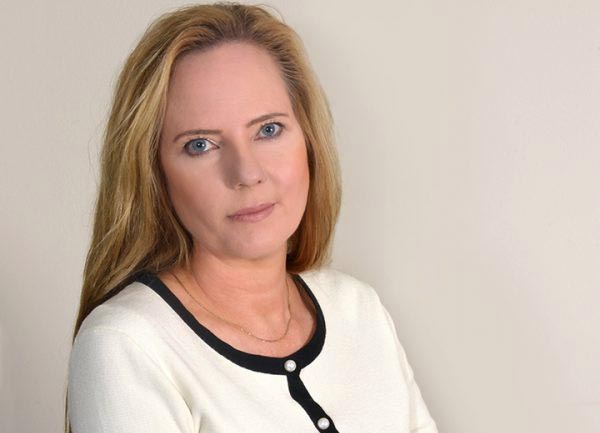 Moneyweb also put questions to Bashier Adam, CEO of Nexia SAB&T, Nova’s auditor. However, he refused to confirm or deny whether Nexia SAB&T filed an RI. He also referred Moneyweb to Nova’s board to answer questions related to the reasons why the publication of the financial statement is delayed.

The statement reads: “The Audited Annual Financial Statements of Nova PropGrow Group Holdings Limited and its Subsidiaries for the year ending February 28 2019, will be made available during February 2020 when the Audited Annual Financial Statements have to be filed with the company’s annual return as required by the Companies and Intellectual Property Commission (“CIPC”).”

Significant developments during the reporting period

During Nova’s most recently completed financial year, several notable events transpired. It is not currently known whether any of these events have a bearing on the RI and the delay in the publication of the statements.

One of the major developments was that Standard Bank closed Nova’s bank accounts. According to minutes of a Nova board meeting, the bank closed the accounts because it was “no longer interested in doing business” with Nova.

Another development was that former financial director Liezl Gildenhuys, instituted an unfair dismissal claim against the Nova board in October last year. She alleged in her submission to the Labour Court that she was fired after she reported several apparent financial irregularities and fraud to the Nova board, Nova’s auditors and Irba.

She alleged that Nova overvalued its properties and could not meet its operational costs and that the board sold properties to fund operational expenditure.

Resignation of chairman of the audit committee

A Nova director and chairman of the audit committee, Charles Rembe, resigned on April 15 this year, shortly after Nova’s year-end on February 28. He did not disclose the reasons(s) for his resignation.

Nexia SAB&T issued qualified statements and not only questioned the assumptions on which Nova’s property valuations were done, but also raised concerns about the company’s ability to continue as a going concern.

However, the Nova directors expressed their belief that the group has adequate financial resources to continue as a going concern and even awarded themselves bonuses of more than R1.1 million on top of their salaries of R15.8 million for the period.

Read: Nova teetering on the verge of insolvency

The 2016/17 financial results saw a significant write-down of the valuations of the property portfolio, especially The Villa and Zambezi Mall. These two Pretoria-based properties represent the most substantial assets in Nova’s portfolio, despite not generating any revenue for investors. BDO was Nova’s auditor at the time, and the valuations were written down by nearly R1.4 billion.

BDO also filed a RI during this reporting period, as the composition of the board was in contravention of the Companies Act. Nova then appointed several directors, and the RI was withdrawn.

BDO later resigned as Nova’s auditor and was replaced by Nexia SAB&T.

Myburgh was also recently cited in a Section 417 report into the possible looting of assets before the liquidation of an unrelated company, Harrison & White (H&W). A Section 417 investigation is usually ordered by the Master of the Court to investigate whether assets were looted prior to a company being put into liquidation. 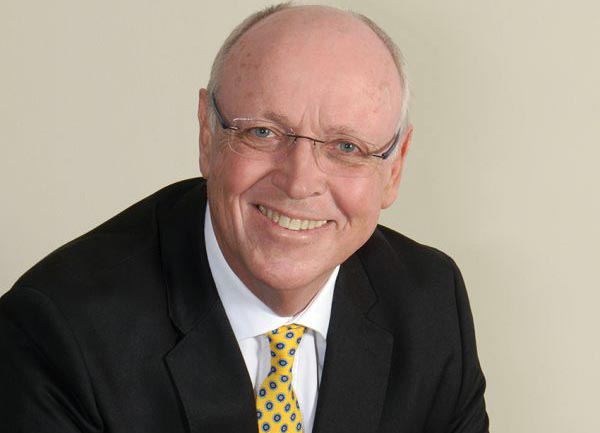 The report, penned by respected retired judge Eberhard Bertelsmann, found that Myburgh “colluded with the company directors (of H&W) and management in obstructing the flow of justice by delaying the finalisation of the liquidation application”.

The report also recommended that Myburgh’s actions be referred to the Director of Public Prosecution for further investigation.

Myburgh has never responded to questions regarding the Section 417 report, although he has stated that Moneyweb did not have permission to publish the report.

In most countries in the world with a well developed legal and finance sectors, there would have been an investigation into the dealings of Myburgh and Haese. The resignations of a former finance director and the chairman of the audit committee scream financial irregularities. This happened while Myburgh and Haese wrestled full control of the company by working out previous directors without paying a cent.

And Standard Bank closed Nova’s bank accounts? WTF? Banks only close accounts if they believe there are fraudulent transactions.
There are many regulators in SA. FSCA, CIPC, Reserve Bank, Irba and the FIC should hang their heads in shame.

Hans Klopper and Connie Myburgh are big buddies and birds of the same feathers. Like the Nic Georgio/Pickvest misery LOOTING is written all over their faces!! For Pete’s sake just start investigating these scams.

Not much to choose from in the “Integrity Rankings” between some corporate operators and politicians is there? They seem to be trying to outdo each other in the corruption and fraud competition events

‘’The report also recommended that Myburgh’s actions be referred to the Director of Public Prosecution for further investigation.’’

JCI and its views that the Companies Act could be applied like ‘’building blocks’’, off the shelve, according to their needs and those of the ‘’rainmaker’’, Investec.

This reminded me of the shenanigans and denials at JCI – I again opened the update that JCI gave to their shareholders on the CIPC application – 14 August 2019 (on their JCI Ltd website).
I can only but laugh when I read Peter Henry Gray’s reply in this regard. My views are:
The mainstream media carried this via a plethora of articles over a very long time:
• it has been reported how Peter had a helicopter view of Kebble’s shenanigans, starting with the BNC debacle at Society Generale, Johannesburg Branch
• his involvement as CEO of Tsec, where he facilitated the sale of a Trusou Chest full of stolen Randgold shares by JCI (Kebble), was only the beginning of his ‘’involvement’’. It was at Tsec, where he operated as CEO, and where the theft and fraudulent scrip lending (and subsequent sale) of stolen DRD and Randgold Resources shares were traced through various Tsec trading accounts ( one of which were FAIS compliant)
• He was well briefed by Kebble/Lampbrecht that the toxic gold hedge book losses had to be funded with stolen money by both Kebble (stolen from Randgold) and Investec – the ‘’white night’’ loan structure ‘’provider! He was well aware that Western Areas were going down their South Deep mine – despite the billions of stolen money that were sourced with the sale of stolen shares via Tsec, to try and salvage it.
• And ending with the massive frauds that were conducted at JCI for many years after Kebble died. His helicopter view after his appointment by Investec, to facilitate and oversee their ‘’interests’’, became a ‘’birds-eye view of money laundering to ‘’save’’ JCI from insolvency – I think only the big benefactors should believe that JCI had the means to survive on its own – ‘’the white night’’ were keeping them afloat for years and out of insolvency – as Investec’s hedge book would be worthless if JCI and Western Areas were forced into insolvency.
• The forensic auditors ( John Louw of JLMC) that Randgold – (Marais Steyn) appointed – gave them a plethora of answers of the magnitude of the fraud that was going on – it’s mind-boggling that Steyn apparently binned this report (but so far uncontested ) and ‘’settled’’ its claims against the perpetrators against no payment. Maybe he should one day explain why he failed to pursue Randgold’s claims in court, against Western Areas and JCI
….and then I read these ‘’comical replies’’ in JCI’s affidavit:
• ‘’that JCI’s draft financial statements were net fully IFRS compliant and could not be made fully IFRS compliant in the light of specific and historical circumstances of this company’’. Ask me I know!
• ‘’that it would be improper, unjust and unfair to punish JCI for something over which it had no control’’
• ‘’JCI is absolutely and objectively, and through no fault of his own, unable to perform the obligations imposed by the Compliance notice (even if it is not set aside)
• ‘’the situation that JCI finds itself in is not of its own making’’
My view, bollocks – between Peter Henry Gray, Chris Lampbrecht, KPMG and Investec, they could have drawn up IFRS compliant financial statements – for each year review – as they knew exactly what has transpired there and helped to ‘’rearrange the furniture’’ there.
Delinquent Directors have become very topical in the SA financial market lately (with the help of the Zondo Commission). The same should apply to most of the characters mentioned above!

should read – ” none of which were FAIS compliant”