The CEO of the Stringfellow Group, Thomas Stringfellow, handed himself over to police at the Honeydew Police Station in Johannesburg on Thursday morning. Picture: Shutterstock

Financial advisor Thomas Stringfellow appeared in the Specialised Commercial Crime Court Palmridge on Monday morning, where he was formally charged with fraud. His lawyer, Johan Eksteen of BDK Attorneys, confirmed that a formal bail application was brought and Stringfellow was granted bail of R20 000.

Stringfellow faces accusations that he misappropriated large sums of money from clients who placed their money in unregulated investments that he was offering. They were guaranteed returns of 14%.

Eksteen said that the matter has now been postponed to September 3 for the state to conduct further investigation. He however declined to comment further on the allegations.

The Financial Sector Conduct Authority (FSCA) has confirmed that it is working with the police on the matter. The regulator has noted that more than R100 million may be at risk.

Would be daft to go to Aus when there are many countries we do not have extradition treaties with..

Yup – the law really is an ass (or is that ars*). Disgusting doesn’t even come close… 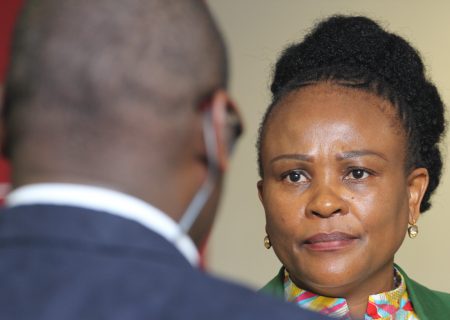