President Jacob Zuma’s nephew Khulubuse Zuma did not know that the representations made to the liquidators of the Pamodzi Gold Mines were false, the North Gauteng High Court heard on Monday.

Judge Eberhard Bertelsmann is hearing an application in the North Gauteng High Court by the liquidators aimed at holding the directors of Aurora Empowerment Systems and their business partners personally liable for claims of over R1.5 billion against Aurora, on the grounds that they recklessly and fraudulently misled the liquidators.

The respondents are Zondwa Mandela (who is the grandson of former President Nelson Mandela and signed the agreements with the liquidators as managing director) Zuma (pictured) as non-executive chairman, and director Sheshile Thulani Ngubane, as well as business partners Sulliman and Fazel Bhana.

Aurora singed agreements to buy the Pamodzi mines on October 1 2009 and was appointed to manage them about two weeks later. It became clear within a few months that it was stripping the mines of gold and infrastructure. The liquidators cancelled the agreements about 18 months after the agreements were signed.

Advocate Griffiths Madonsela, representing Zuma, said his client’s position differs from that of the other respondents, since he was not in an executive position and therefore did not know that representations made to the Pamodzi liquidators were false.

Madonsela said Zuma did his best to see to it that Aurora succeeded, to the extent that he put up R35 million of his own money when the company couldn’t pay workers their salaries and wages in December 2009.

Bertelsmann asked Madonsela what his client did when he realised then that the company could not fulfil its obligations. “Did he sit down with anybody to find out what has happened? He must still have known by January 2010 that, unless something drastically has happened Aurora still wouldn’t have been able to pay 5 000 workers,” Bertelsmann said.

Madonsela said Zuma consulted an attorney and tried to find another investor.

He said Zuma might have been negligent, but that is not a basis for being held personally liable.

Questioned by Bertelsmann, Madonsela said Zuma did not see the bid documents for the acquisition of the mines before the agreements were concluded. When asked if he saw monthly progress reports as board chairman, Madonsela said it is not addressed in Zuma’s affidavit as it does not arise. The misleading representations were made at the onset, when the bid was made.

After being pressed by Bertelsmann Madonsela admitted that the only asset Aurora ever had was “the prospects of income from operating the mines”. The company did however take on the obligation of more than R600 million for the purchase of the mines as well as at least R10 million per month for running them until the sale was concluded.

Advocate Cedric Puckrin SC, representing the liquidators of the Pamodzi Gold Mines, earlier equally had his job cut out in explaining his clients’ actions to Bertelsmann.

Puckrin contended that the respondents knew full well that Aurora was not funded at the time it entered into binding agreements to buy the Pamodzi Orkney and East Rand mines (in October 2009) and manage them until the transfer of assets took place. He said their presentation that Aurora acquired 71% in the JSE-listed Cenmag Holdings and acquired Redwood Timber Merchants, putting Aurora at the forefront of the global timber industry, was false and aimed at representing Aurora as a global commodities player.

Bertelsmann asked Puckrin whether the due diligence was done before or after the agreements and suggested it raised a red flag about the transactions, but the liquidators nevertheless proceeded.

Puckrin acknowledged that the due diligence by Sandra du Toit of Standard Bank raised concern, but it was limited to Aurora’s Malaysian investor Dato Shah since his address proved to be that of an internet café.

Bertelsmann said a mere phone call or two could have been enough to establish that Aurora’s presentation – that it had concluded the acquisition of the majority share in Cenmag and its acquisition of Redwood – was false.

Puckrin said in hindsight that may be the case, but nothing the liquidators did could excuse the actions of the respondents.

Bertelsmann questioned the fact that the liquidators did not accept another bid from experienced mining company Simmer&Jack and accepted that of Aurora which looked “too good to be true” as the value of Aurora’s offer was five times more than that of Simmer&Jack.

Bertelsmann also questioned why the liquidators only cancelled the agreements after about 18 months, while it was clear after three to five months that Aurora could not perform. He said an earlier cancellation could hardly have caused more harm to the mines.

Puckrin said the liquidators were in a huge predicament as the mines were stripped and its value depreciated as a result and it had no other buyer, while Aurora gave assurances that huge funding was imminent.

He said the essential recklessness of the respondents was to represent Aurora as a major business player.

Zuma and Ngubane were very cagey in the insolvency enquiry about the roles of the different respondents in running Aurora. “It was a case of ‘see no evil, hear no evil, do no evil’,” Puckrin said.

He said the Bhanas also tried to put distance between themselves and the events at Aurora, but it was clear that they played a very active role and in fact put the deal together.

He said they all knew the agreements were false and if not, it would be a gross dereliction of their duties.

The hearing continues on Tuesday when Advocate Louis Hollander will present arguments for Mandela, Ngubane and the Bhanas.

Trade union Solidarity has created a timeline of events: Why oh why did you believe them – when it was plainly obvious to everyone that they were not telling the truth?

The old trick of Africa, I did not know or I forgot.

Obvious question. Source of the funds he put into the company? Where do these people get such large quantities of cash in such a short time without appearing to actually do anything? 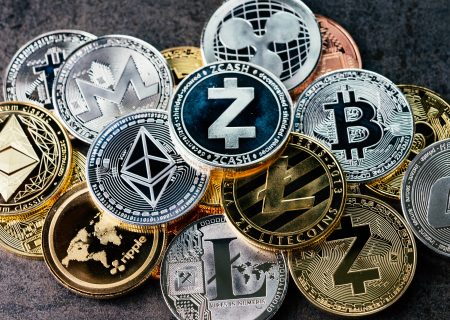