What is the Resilient stable accused of? 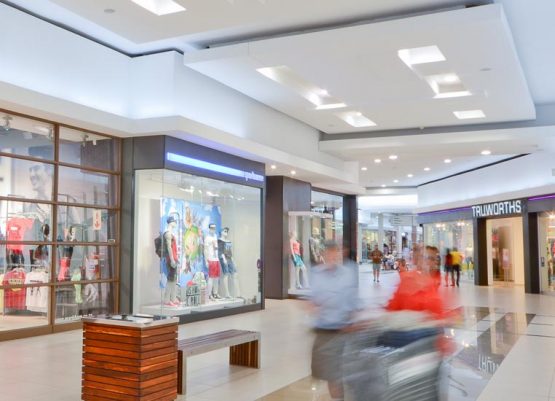 Questions are being asked about whether share prices of companies in the Resilient stable are justified. Picture: Moneyweb
After the publication of this article, NepiRockcastle sent following response:
NEPI Rockcastle Plc is a company listed on the JSE and Euronext Amsterdam. The company, whose shareholders include Resilient REIT (13%) and Fortress REIT (24%) is not controlled by any shareholder and has an independent board and management team. NEPI Rockcastle does not have any BEE structures in place, no ‘cross-holdings’ with any shareholders nor have any allegations been raised about its own accounting policies or management buying shares to artificially boost earnings, dividends or NAV. NEPI Rockcastle’s audited financial results for the year ended 31 December 2017 were released in March 2018. The Company’s auditors are PWC Europe and valuers are Cushmans & Wakefield and Colliers International.
Two reports circulated on Friday – one apparently leaked, the other deliberate – questioned whether the companies in the Resilient stable justified their premiums to book value and why such a phenomenon had come to be.

The reports included one leaked without the consent of the company (SA-based 36ONE Asset Management) and preceded the planned release of one by independent sell-side research house Arqaam Capital on Friday evening. The reports shared concerns over the same issues, namely, why do the Resilient group of companies have such high premiums to net asset values (NAVs), how have these been created, and what are these companies worth if the activities of inter-related companies and parties are stripped out?

Read: The gloves come off for the Resilient Stable

The leaked report by 36ONE cut straight to the chase. In its “Background and executive summary” the firm said that “ We believe that our findings show that the premium valuation of each of the group companies’ did not arise from normal market activity, but from deliberate (and frequently concealed) actions by some of the influential owners and key management of the group.”

In essence, 36ONE is suspicious that the actions of directors, group companies and related parties have all contributed to strange trading patterns in the shares of one company which in turn, and by virtue of the ownership by other group companies have created a virtuous cycle or positive feedback loop.

In addition, staff incentives and loans to BEE schemes have also contributed to non-cash income in the group companies which has led to more buying of group shares and which has again inflated the value of other group companies. To understand this it is necessary to view the group structure as represented below.

This group structure is problematic to 36One because the companies at the top of the structure – Resilient and Fortress – derive their own NAVs from companies in which they hold shares further down the structure – which include Nepi Rockcastle and Greenbay.“The reason that this is a concern is that the NAVs of the companies higher in the group structure (Resilient and Fortress) therefore incorporate a premium to the underlying NAVs of the group companies in which they hold shares,” it said.

In addition, Resilient and Fortress derive much of their income from loans made to related parties – the BEE schemes which comprise the Siyakha Educational Trust 1&2 and employees, which in turn take the borrowed money and buy shares in group companies. The interest on the loans to the BEE schemes is charged at prime plus 2% – above the group’s cost of capital – and is not settled in cash, rather it is capitalised.

Resilient said the reason for not eliminating income earned from third parties is that the BEE schemes have separate and independent boards and it only received interest income from the BEE schemes and no other income.

However, 36ONE doesn’t believe that the BEE schemes are independent of Resilient as it has the control over them. In justifying this, 36One said Resilient has the authority to hire and fire the board trustees, a majority of the trustees work for or even serve on the board of Resilient, Fortress or Lodestone (a subsidiary of Fortress). Both Resilient and Fortress have exposure to variable returns from the BEE schemes as the interest on loans have a variable interest rate, it added.

This has all led to a situation in which the income each of the companies reports, relies increasingly less on income from physical property investments, as this table indicates:

The BEE schemes are not consolidated in the books of Resilient or Fortress. Arqaam Capital believes they are “under water” and therefore should be consolidated into the accounts of Resilient/Fortress. “On a going concern basis, the non-consolidation of the schemes significantly distorts the economic substance of the structure by inflating income, in our view with non-cash interest income and shifting third party loan obligations and interest expense (c.ZAR 175m pa) off balance sheet and income statement respectively.”

But the most staggering allegations regard the trading of shares by related parties and group companies. Arqaam estimated that in 2017 related party and “seemingly connected” parties accounted for R122 billion worth of trade in the shares of Resilient, Fortress B, and Greenbay through hundreds of group companies housed in BNS nominees.

Further, Arqaam noted that there were enormous spikes in trading activity around the time of financial results:

36ONE said: “We ask the following questions: If not to manipulate the share price/volumes traded, what was the economic rationale behind these transactions? And why would these shareholders find it necessary to have this number of transactions if the intention is to hold the shares for the long term?”

If these assertions are accurate, just how much have the companies’ values been inflated? A price-to-book ratio is a key metric to determine a stock’s fair value in relation to a company’s NAV and reflects how much investors are ready to pay for a share. For example, a PB ratio that is more than one means the market value of the company is greater than NAV and should reflect greater expected future gains because of perceived growth opportunities.

36ONE’s calculations for stripping out the NAV premiums in group companies indicates that the PB ratio of Fortress and Resilient drastically increased from 1.27 and 1.44 respectively to 2.76 and 2.39 respectively. The average PB ratios for 87 local and international property companies that 36One follows is 0.98.

How inflated are they? “Therefore, in our view, all the price-to-book ratios [for Resilient companies] that we have calculated appear higher than the norm and there is a substantial risk of overvaluation in these stocks.”

These dynamics, 36ONE said, have negative consequences for the distributable income and NAV of Resilient and Fortress, which implies that their financial statements don’t comply with international financial reporting standards (IFRS), which is required by the JSE.

“This constitutes a transgression of both the Companies Act, 2008 and JSE listing requirements.”

In all the listed property sector the assets have not been transferred since the financial crisis and the share prices are blindly set according to what the valuers tell us they are worth. This is no way to value anything. Only an open market sale can determine a value.

So, ask yourself, how many Billions of Rand are falsely stacked up supporting the share price of the JSE Listed Property Sector? Sobering.

In all fairness, one should remember that commercial properties are valued on the basis of rental income capitalization and which method takes cognizance of the quality of the leases (term, rental escalations, tenant quality, ability to replace tenant, future installation and maintenance costs, etc) and therefor the valuation prices are not “blindly set”.

When the valuer or the owner sets the cap rate, then it is not a fair open-market valuation and the propensity for over-stating values is substantial and significant.

I have said this before – but i’ll say it again – the entire JSE is one giant PONZI scheme!

Robert, you disqualify the (few) intelligent comments you make with your gross generalizations. Sure there are a few bad apples with dodgy accounting, over-promising management teams and misaligned shareholder structures. But, we also have many many more companies which beat their cost of capital every year with cash earnings and which have rock solid governance in place.

Extraordinary accusations in terms of price manipulation around results. If Arqaam was able to get this stats, why has JSE not noticed? Nicky Newton-King wake up. There’s another company where the share price always go up on the day of the results irrespective of how far consensus numbers are missed… Should trading in related party asset managers or entities not be disclosed in a SENS announcement?

The JSE looks like a state-sponsored Ponzi scheme where the odds are stacked against the minority investors and the House turns a blind eye.

I had a brief look at Resilient and what is striking beyond what the report shows in terms of other income, is the extent of unreal transactions that prop up reported income.

There is more going through the books in journal entries than cash. Where do investment analysts get their training nowadays? Look to the cash from operations, NOTHING else matters. A classic OPPOSITE of this is Amazon : hardly any reported GAAP profits but it threw off huge operating cashflow – I think $17b per year last I looked (a number that is multiples of its cumulative headline earnings). Amazon traded at a very consistent multiple of its trailing 12 month cash from operations. PE does not matter, that is for 25y old MBA desk jockeys to fixate on.