Libertas is a new generation technology company that has unleashed the power of the blockchain to solve everyday business snags.
By Ciaran Ryan 1 Jul 2021  00:04 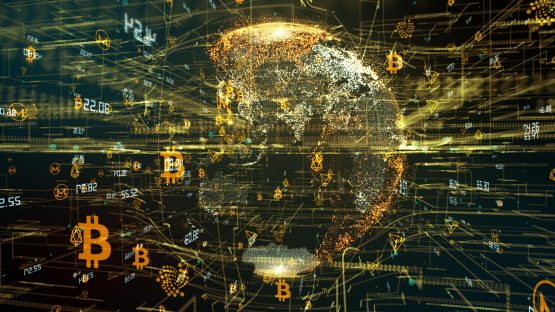 Bitcoin may have been the world’s first use of the blockchain, but it was only when Ethereum was created in 2015 that the full potential of blockchain technology became apparent.

It allowed for the creation of smart contracts between parties, with no intermediary involved. It also allowed for the secure storage of data across tens of thousands of ‘nodes’ or computers, and for payments to be made without the involvement of third party financial institutions.

However, in recent times Ethereum has attracted criticism for the high cost of transactions and its congested network. Libertas decided to create its own TSF Blockchain to overcome these problems.

Take the subject of wills, for example. We rely on intermediaries such as lawyers and financial consultants to draft the wills and then interpret them when it comes time to distribute the estate of the deceased person. There are inefficiencies built into every step of the process, resulting in deceased estates taking years to wrap up, and at considerable cost.

A far simpler method is to write the conditions of the will into computer code – a form of a smart contract – that cannot be altered or disputed later. This is then uploaded to the blockchain, with payout occurring automatically once the above conditions are met, such as the presentation of the death certificate.

The advent of cryptocurrencies has introduced a further complication to the settlement of deceased estates, particularly where the deceased has cryptocurrencies residing in various crypto exchanges. Libertas developed a process to track down these crypto assets, and an application to consolidate and sell them for rapid distribution to the beneficiaries.

In this way, blockchain technologies are reshaping the way we think of contracts and business processes.

In addition to the creation of its own TSF Blockchain, the company operates a 6 500m2 crypto mining operation based out of Bosnia and Herzegovina in Europe, has launched a crypto exchange called Libex, offering more than 90 cryptocurrencies, and is now using its in-house blockchain technology to redefine the way we do business.

A Johannesburg-based insurer was able to cut claims processing times by half (in some cases) on motor and household insurance claims by switching to blockchain smart contracts. Libertas is remunerated when the insurer funds its usage of the system through the purchase of the blockchain fee developed by Libertas, called the TSF (Transaction Service Fee).

Blockchain-resident applications such as those used by insurers require currency for transactions to be processed. “On our TSF blockchain, our currency is the TSF. Clients remunerate us through the purchase of TSF using rands or other fiat currencies,” says Aziz.

In addition to the creation of TSF, Libertas created two financial systems – the Binar and the sZar – to solve entirely different transactional problems. 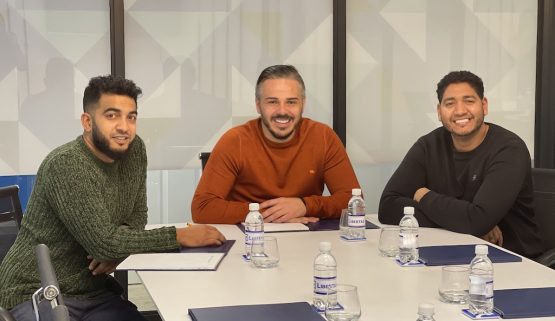 The creation of the Binar and sZar financial systems

Stablecoins are digital currencies linked to an asset such as the US dollar or rand. The largest stablecoin in the world is Tether (USDT) which is linked 1:1 to the US dollar. The purpose of having a stablecoin rather than its fiat equivalent (ie. the US dollar) is that investors can switch from cryptocurrencies such as bitcoin to USDT without having to leave the crypto universe or incur the relatively high costs of converting to fiat and market volatility.

Libertas co-founder George Grujic explains that Binar is a stablecoin backed 1:1 by the Serbian dinar. “We were asked to create Binar as a financial application on behalf of a bank in Serbia that wanted it exclusively for its own internal use.”

Why would a bank want to create a stablecoin for its own use rather than use the pre-existing dinar?

“Because of the security features of a stablecoin,” says Grujic. “Transactions logged on the blockchain cannot be altered after the fact. The bank wanted a complete and accurate ledger of internal transactions in real time.”

This is just one of the benefits of using blockchain – the ability to track transactions in real time and, something of intense interest to accountants, the ability to provide 100% audit integrity (instead of the more usual 1-2% samples).

Telecoms provider to use sZar as its rewards currency

The second stablecoin created by Libertas is sZar, also built on the TSF blockchain, and backed 1:1 by the rand. “The purpose of creating this stablecoin is to have a digital currency that would allow customers to transact outside of the traditional finance system. As adoption of the sZar coin grows, we expect to see the results and profitability in the increase of transactions on the TSF Blockchain,” says Aziz.

One of the uses to which it will be put is as a financial vehicle for a telecom’s provider. Instead of paying customers out in regular (fiat) rands, the telecoms plans to issue sZar direct to the customers’ wallets.

“The blockchain and smart contracts will revolutionise the way we do business and transact. We are only at the beginning of this revolution, but those who seize the opportunities to embrace this technology will be the survivors. Those that don’t will get left behind,” says Hossenbocus.

Blockchain to the rescue of bottling plant and metal industry

Grujic outlines other business problems that are now surrendering to blockchain technology. A bottling company in Russia has to deal with 11 time zones, plants in different locations, multiple suppliers from different countries, and a variety of different product lines. “The administration of an operation like this can be challenging, particularly when it comes to invoicing,” says Grujic. “It would take the company 25-30 days to reconcile its accounts when we can do it in five to 10 days using blockchain and smart contracts.”

Another application currently under development involves a European metal fabricator. The existing system requires CAD drawings to be uploaded to a central server which is shared between multiple engineers and designers. It can become a nightmare to chase down who made what changes to the original drawing. Errors can get introduced into the design, where a millimetre or two deviations from the original specifications can cause the whole product to be rejected by the client.

“Companies are losing millions because of changes made to plans and no one knows who made them, or when they were made,” says Grujic. “Our system solves this problem.”

Yet another development created by Libertas is a payment gateway for companies to accept cryptocurrencies as payment. “This is going to become a huge part of eCommerce going forward,” says Aziz. “We’re already seeing a lot of early adopters allowing customers to pay in crypto. This trend will accelerate in the next few years. We have developed a system which allows customers to select crypto as one of the payment options, and we handle the backend conversion from the most commonly traded cryptos into our sZar stablecoin or into rand fiat.”

These are just some of the applications using blockchain and smart contracts that will revolutionise the way we do business in the years ahead, says Aziz.