MiX Telematics has many irons in the fire. It just needs a little boost. 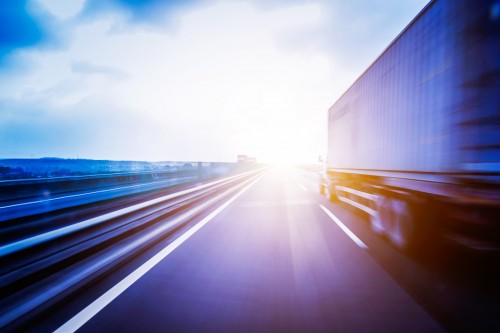 MIX TELEMATICS HAS MANY IRONS IN THE FIRE. IT JUST NEEDS A LITTLE BOOST.

Competition in vehicle security at home is stiff but Mix Telematics’ wide geographic footprint enables it to tap into the very low penetration level globally – around 4%. It now has operations in all continents and close to 40% of revenue is generated outside Africa. So it has a natural rand hedge and reduced exposure to the poor South African economy. The company’s subscription revenue has enjoyed compound annual growth of 17% in the past five years, with its subscriber base having doubled in the past three years. It now contributes 72% (FY10: 49%) of group revenue. It is sitting on a handsome cash pile raised during its initial public offering on the New York Stock Exchange in August 2013. Its operations are cash generative in their own right, which contributes to its significant free cash flow and attractive valuation.

Growth in higher-margin annuity business was augmented by a 14% increase in subscribers to above 512 000. The company grew its revenue 9.3% to R1 389.4m, with strong growth from subscription revenue which rose 17% to R998m. Hardware and other revenue continue to struggle, shedding 6% to R391m as customers opt for subscription-type bundled products.

The group’s gross margin improved to 71.9% from 67.1% (FY10: 49%) because of the higher-margin subscription contribution towards group revenue. However, both operating income and the operating margin faltered as sales and marketing costs ballooned by 1 100% to R23.9m. Restructuring and staff costs also increased abnormally to support the company’s growth and value-creating initiatives.

Against this backdrop, operating profit declined 12.7% to R149.9m and the margin slid to 10.8% (FY14: 13.5%). But management says the restructuring exercise carried out in Asia, Australia and Africa in the third quarter to streamline costs has started to improve margins.

Headline earnings dropped 9.5% to 19c/share and initially no dividend was declared after a dividend of 6c/share in FY14. Management said it had allocated the funds to pursue growth opportunities. This was a bit surprising considering the company’s huge cash purse. However, the dividend policy has since been reviewed and the board says it will review it quarterly. So during August management declared 8c/share with respect to FY15 (a dividend yield of 2.5%) and also declared 2c/share for 1Q16.

The ratio of its average operating cash flow to Ebitda (earning before interest, tax, depreciation and amortisation) is 0.75 and to net income is 1.9. It has enough cash resources to meet both its aggressive growth drive and pay dividends. So there is room to pursue organic and acquisitive growth. However, some of its metrics have deteriorated with return on equity (RoE) now at 8.5% from 15.7% two years ago. Its peer, Digicore, is not doing too well either with RoE of 1.2% in FY14 from a loss in the prior period. The dividend yield improved from last year to 2.4% (FY14: 1.3%) after a steady decline from 4.9% in FY11. Digicore last paid a dividend in FY11. It will be interesting to observe how a newly listed peer, Cartrack, fares.

Mix’s profile is augmented by low business risk emanating from a net ungeared position and low operating leverage. The technology is scalable at low cost so the onus is on growing market share, but locally the market space is heavily contested, notably by its listed rivals, Digicore and Cartrack. Prospects are further dampened by a poor economic outlook. But the group’s geographical spread is good, although it is struggling to turn a profit in the Americas and Brazil. Brazil is still in the start-up phase and there has been increased allocation towards marketing expenditure in the Americas in a bid to grow the business.

Operating costs in FY15 were elevated by the marketing efforts. Cost-cutting measures were also implemented during the year under review. So we expect to see value being created at the top line coupled with improved margins. However, we are worried about the inclusion of net foreign exchange rate gains in finance income. We don’t believe it is a sustainable source of income, so after adjusting for it, our DCF model suggests the share is trading within its intrinsic value.

Nature of business: Established in 1995 and listed in 2007, MiX Telematics is focused on vehicle telematics, vehicle tracking & recovery, driver/passenger safety and support services and fleet management products and services. The group has international brands including Matrix, Fleet Manager and Datatrak. It has operations in SA, the UK, US, Uganda, Brazil, UAE and Australia supporting its global distribution network. The group has customers in 120 countries and manages 450 000 mobile assets and a network of more than 130 fleet partners.

Disclosures: The analyst, Phibion Makuwerere has no financial exposure to the instrument discussed. The opinion represents his true view.