Betting on the big boys

What equity fund managers have been buying and selling.

The tricky thing about power and control
Approaching a Reg 28 fund differently pays off
The more things change, the more they stay the same
CLICK THIS COMPANY MORE COMPANY NEWS SENS
TRENCOR 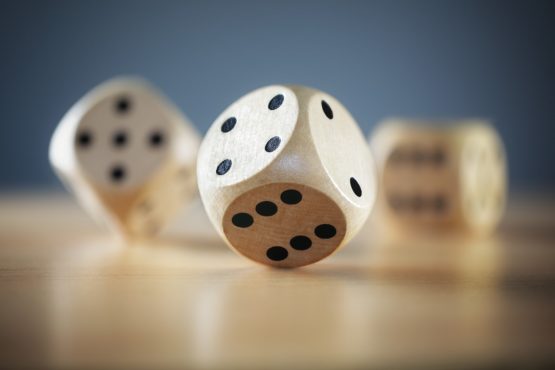 There are now over 1 300 collective investment schemes available in South Africa and the number of smaller fund managers has boomed. Yet the market remains dominated by a few large players.

This is clear from a simple analysis of the South Africa equity general category. There are over 200 approved funds in this category, but the 12 largest have more than a 50% market share by assets under management.

Over time these funds have build up track records that show them to be reliable long-term performers. They are not necessarily delivering top returns year to year, but they have attracted large amounts of assets precisely because they have grown investor capital over the long term.

It is interesting to look at the portfolios of these funds because they tend to invest predominantly in the larger, recognisable names on the JSE. They can give a good idea of what fund managers think about local blue chip counters.

The tables below show which counters three of these managers have bought into, and which they sold out of over the 12 months to the end of March 2016. The share must have had a weighting of more than 1% to be considered. The tables also show any notable and substantial changes to positions within the funds.

The final table shows their top five holdings at the end of March 2016.

It is interesting to note that Old Mutual has been buying Barclays Africa while selling out of Nedbank and Standard Bank and reducing exposure to FirstRand. There is clearly negative sentiment towards banking stocks at the moment, illustrated by the high dividend yields they are currently trading at, but the fund managers appear to have seen value in Barclays at these levels.

The fund also bought into AngloGold Ashanti over the last year, which has proved to be a positive move. The miner’s share price has more than doubled since the start of 2016.

The two interesting smaller stocks that appear in the table are Italtile and Trencor. The former has been one of the JSE’s most consistently-performing retail stocks over the last five years. The counter has appreciated from around R4.40 per share in mid-2012 to current levels in the region of R13.50.

Trencor, whose business is centred on marine cargo containers, had enjoyed a strong run between 2012 and mid-2014, with its share price more than doubling. However, it has since lost almost all of those gains.

The Investec Equity Fund has clearly been far more active over this period than its Old Mutual counterpart. There have been some distinct shifts in the fund’s portfolio.

The most obvious is a general move away from financial stocks. The managers sold out of Standard Bank, Liberty, Sanlam and RMB Holdings, while reducing their exposure to FirstRand, Old Mutual and Capitec.

Although the fund has bought into RMI Holdings and increased its exposure to the JSE, the move has predominantly been away from financials. In the cases of the Standard Bank, FirstRand and Old Mutual holdings these were particularly substantial moves, as all three were top five holdings in March last year.

At the same time, Investec has broadened its exposure to resource stocks, and to physical gold through NewGold debentures. Glencore and Sibanye have come into the portfolio, while positions in Anglo American Platinum, Sappi and AngloGold have grown.

Interestingly the fund managers have also increased their holdings in consumer stocks. Most significantly they made a big purchase of Tiger Brands stock, but also bought into fashion retailers Foschini and Truworths, as well as telecoms giant Vodacom.

The Sanlam Investment Managers (SIM) fund has been the least active of the three, with only a single change to the composition of its portfolio. That was to buy into Sanlam, which is widely recognised as a great company, but many investors have stayed away because it has looked expensive. Between March and the middle of December 2015, however, its share price fell nearly 40%, and some managers saw this as a buying opportunity.

The more general trend in this fund has however been to decrease exposure to financial stocks. Although the managers did add to their position in RMB Holdings, they dialled back on Old Mutual, Barclays Africa and MMI Holdings to a far more significant extent.

SIM also sold down its position in MTN quite aggressively. The company has been under pressure from a number of quarters and its share price has slipped by more than a third over the last year.

The table below shows the top five holdings in all three of these funds at the end of March.