Blue Label – many balls in the air

But upside potential seems priced in. 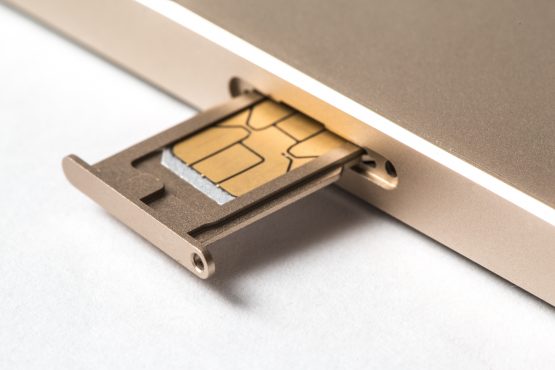 Blue Label is trying out new things to diversify from its old model and the results are showing. The company’s move to leverage its distribution channel is paying off  — its interim period to end-November is the first time it has grown revenue by more than 20% since FY09. Until last year it managed only low single-digit growth figures. The share has climbed by more than a third since the results were announced at end-February.

Blue Label has a number of growth initiatives in the works. The two most notable are the potential R4 billion acquisition of a 35% stake in Cell C (set for June 2016); and establishing a network of more than 400 retail technology stores in the short to medium term in a joint-venture with the Edcon group, dubbed Edgars Connect stores.

We think the group’s value-enhancing prospects are fully priced in but its option on Cell C creates potential for an upswing in the medium term. Cell C is highly geared and under financial distress, so we presume value accretion from the transaction should flow through in the medium term after Cell C’s balance sheet has been deleveraged. However, other synergies are likely to accrue much sooner given the symbiotic nature of the two companies. Although our discounted cash-flow model suggests the counter is overpriced, we think the Cell C deal will create support for the share and we recommend a hold.

Blue Label’s main operating geographies are SA, Mexico and India. Growth was driven by expanding its distribution channels, which resulted in market share gains. In Mexico, losses are shrinking and management expects the trend to continue. The Indian operation is focusing on expanding its mobile wallet subscriber base, thereby growing its money transfer operations.

SA revenue growth was achieved by expanding distribution channels. Revenue generated on behalf of mobile operators, called prepaid PINless top-ups, grew 50% to R1.8 billion, but the group only recognises commissions earned. So its SA distribution revenue actually grew by 27%. Net commissions earned on the distribution of prepaid electricity rose 20% to R95 million  – this is based on turnover of R6 billion generated for the electric utilities.

Blue Label Mexico’s 27% decline in losses was underpinned by a higher gross profit margin, stemming from the company becoming a multi-carrier distributor as opposed to being confined to one mobile network. As a result, commissions earned initially fell, but management reckons it has created a more competitive environment among the mobile networks and that should benefit the company in future. In addition, cost efficiencies saw a 5% decline in operational expenditure.

Blue Label’s business model relies heavily on the penetration level of mobile phones. With the general penetration level already high in all its geographies of operation, its traditional business of distributing start-up packs and prepaid airtime is likely to face growth challenges. However, we think the group will get traction from its relatively new products that it vends through mobile devices, such as financial services for the unbanked. At least 50% of the global adult population is unbanked, with SA, Mexico and India all having large unbanked populations. Another positive is that the expansion of its product distribution channels, which it implemented during the period under review, should increase sales.

Blue Label’s non-SA operations are accounted for as associates which means they contribute only to pre-tax income. While contributing only a small part of pre-tax profit, they both have exciting growth potential. India’s economy is expected to grow 7.4% this year with 65% of its 1.3-billion people unbanked. This is conducive to entrenching its money transfer business. Mexico’s GDP is forecast to grow modestly at 2.5% this year but with its mobile penetration at 67%, there is still some latitude for decent growth.

A move by Blue Label’s Mexican associate company in FY15 to accommodate various mobile operators – as opposed to its old model which relied on one big mobile operator – came at a significant loss of income and turned the Mexican operation into a loss-making one. However, it is positive for the medium term. Not only does it reduce concentration risk, but the loss has already been shrinking drastically and looks set to turn into profit shortly.

Overall, the Mexican and Indian exposures provide both geographical and currency diversification, which are much-needed given SA’s lethargic outlook and rand weakness

The biggest revenue source, SA, has a saturated mobile market and growth should come from increasing the spread of its distribution channels and growing its product breadth outside of non-telecom sectors. For example, it has started adding prepaid water meters to its electricity offering as well expanding its money transfers business. This can be done at relatively low cost since it has the technology and infrastructure in place. Such initiatives should help expand group margins. Its move to increase both its product breadth and distribution points through the Edgars Connect stores initiative is an interesting one. Greater access to its products should enhance earnings. However, the company is planning to build new stores rather than integrate into Edgar’s existing ones.

Blue Label’s relies heavily on its proprietary technology, which it has to constantly develop to stay ahead of the technology curve, and this can be at a significant cost. Using its technology, it is expanding its product base with a particular focus on products that can be vended virtually on mobile devices. This is potentially a positive move but the challenge is that a number of competitors, such as Net1 UEPS, are jockeying for that same market opportunity.

Another real threat to its model emanates from the margin-compression woes being experienced by mobile operators due to a structural shift by consumers as they substitute high-margin voice with low-margin data. So in a bid to recover lost margins, mobile operators can potentially squeeze out the middlemen such as Blue Label. In this light, the Cell C deal is quite strategic for the group’s long-term survival.

Blue Label has staged a dramatic comeback from a low-growth trap. In our projections we have remained conservative with our outlook on margins given its unconvincing previous growth path and the saturated mobile markets. We believe the market has overvalued its new-found earnings momentum as well as the pending Cell C deal. It is trading at a market multiple of 17 times whereas the industry multiple is just above 10.

Our valuation model – based on the company’s core business and excluding the potential Cell C deal – shows that the counter is overpriced and investors can take profits. However, we recommend holding the counter because the Cell C tie-up brings is a new dimension with potential for an upswing, and sets something of a floor for the share price. We do, however, have concerns about the deal. First, metrics of listed mobile operators have been in a low-growth trap for some time now. Second, Cell C has abnormally high debt levels. Therefore, we are neutral on Blue Label.

Nature of business: Blue Label’s core business is the virtual distribution of secure electronic tokens of value – predominantly prepaid airtime, starter packs and prepaid electricity – as well as transactional services across its global distribution channels. It has its main operations in SA, Mexico and India. The business model is based on strategic partnerships underpinned by long-term contracts. Operations are grouped into four main business segments: SA distribution; international distribution; mobile; and solutions.