Don’t be daunted by the 4th industrial revolution

South Africa must seize the opportunity. That Telkom CEO Sipho Maseko’s call for a sharper national focus on the fourth industrial revolution was well received by the state should come as no surprise. As Maseko observed in his open letter earlier in June, the contraction of the South African economy in the first quarter of 2018 “should jolt us into action”.

The state is desperate for solutions to SA’s twin problems of low growth and high unemployment and is more willing than ever to engage with business and labour to find joint solutions. Left ignored the fourth industrial revolution (4th IR) has the potential to erode SA’s competitiveness and eat into her fragile work-force.

So I like his idea of a summit that culminates with a sector-by-sector list of practical suggestions on what to do and how. To a man and woman South Africans are sick and tired of talking. They want action. From an outsider’s perspective there seems to be so many opportunities for easy wins. For instance government’s attempts to move from analogue to digital broadcasting have been woeful. The state has missed multiple deadlines and spent billions on the move. As a consequence, spectrum, which among other things is well
suited for delivering affordable mobile broadband in rural areas and enabling tech innovation, cannot be freed up.

Yet despite government, SA’s citizens are forging ahead in the IT space: Cape Town has many more active entrepreneurs than the average rich-world city and both Cape Town and Johannesburg are internationally recognised as fintech hubs, according to an article by Standard Bank CEO Sim Tshabalala .

Aside from concrete action steps, when such a summit comes, I’d like to suggest that the participants shelve any tendency towards protectionist thinking. Of course it is understandable that any discussion of the 4th IR creates fear. The fusion of technologies that is blurring the lines between the physical, digital, and biological spheres – and the speed at which change is happening – is daunting. According to
the World Economic Forum the speed of current breakthroughs has no historical precedent. Moreover, it is disrupting almost every industry in every country.

So yes some jobs will disappear (up to 66% in developing countries by some estimates), but others will grow and jobs that don’t even exist today will become commonplace.

This is why Maseko’s call to action must be heeded: South Africa should have at least a basic strategy to ensure that we benefit from the coming changes – and I mean everyone – not just the skilled elite. The transition requires careful handling with business, labour and government focused on the same goal: providing support and assistance to those already in the workplace and creating a generation of workers capable of critical thinking.

I’m not being deliberately naïve here. I recognise that transformation of one of the world’s worst education systems will take a generation or more to achieve. Which is, of course, no reason why change should not begin and no reason why we should not have a vision for the future.

I’m also aware that South Africa has done terrible harm to her mining and manufacturing industries, but again, this does not have to be a foretaste of the future. Instead we need to draw on strengths that we don’t always fully appreciate having. In the article mentioned above, Tshabalala points out that South Africa has a sophisticated financial system, solid infrastructure and (some) supportive polices for encouraging investment in a range of industries.

Innovation is the name of the game. He cites an interesting fact: While SA firms spend seven times less than American companies on R&D between 2009 and 2014 was about four times higher than in the United States, and eight times higher than in Taiwan. Thus by increasing R&D South African
manufacturers have an opportunity to maximse profits, he says.

Wim Naudé, the Dean of the Maastricht School of Management, also argued recently that the 4th IR offers opportunities for “new forms of manufacturing that would trigger a period of valuable growth”.

It sounds right up South Africa’s street. What we need is to think differently and come to grips with the fact that the world is fundamentally changing. We cannot miss this opportunity. 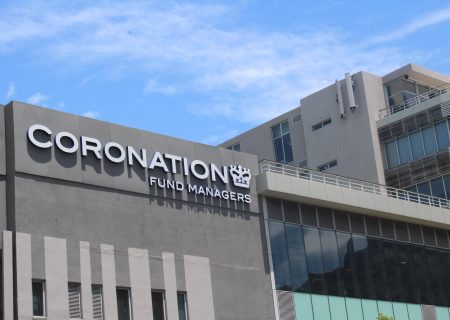 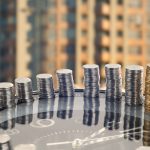