We could be stumbling into a digital welfare dystopia, says Open Secrets
CPS has still not revealed how much profit it made from social grants contract
Power, principles and profit (or lack thereof)
CLICK THIS COMPANY MORE COMPANY NEWS SENS
NET1UEPS 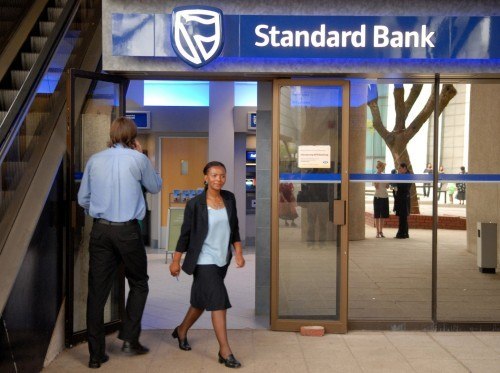 With economic growth at home so disappointing, South Africa’s banks are paying much more attention to the rest of Africa. The World Bank reckons sub-Saharan Africa will grow by 4.6% this year and higher in the years following. Banks depend crucially on broader economic activity, so the prospect of strong GDP growth is enticing. It also looks great for shareholders wondering how South Africa’s banks can possibly grow.

The banks have all now firmly recovered from the post financial crisis recession, with bad debt rates at cyclical lows and returns on equity back around 20%. But the local economy will take them no further. Will Africa do it? In my view, not for a long time.

Our banks have been trying their best to position themselves in other African markets. Standard Bank has spent decades building a network of full-scale commercial and retail banks. Barclays Africa Group has completely restructured the Barclays banking network on the continent into a Johannesburg-led group with Absa at the helm. FirstRand has been pushing into the continent slowly, mostly through Rand Merchant Bank taking advantage of deals ranging from property to large-scale project finance. Nedbank has its alliance with Ecobank, in which it has taken a 20% equity stake, giving it real traction across the continent.

But there is a problem. The rest of Africa is small. In our own neighbourhood of the 15 member Southern African Development Community, the South African banking industry makes up 78% of banking assets. The next largest is Angola, with one tenth of that. And SADC is where our banks have the most traction, particularly in neighbouring countries.

The smallness is particularly acute for the normal commercial and retail banking that represents a serious ambition for Standard Bank and Barclays Africa. Some banking markets are fundamentally underdeveloped. For example, the Democratic Republic of Congo has mineral riches in abundance, but its entire domestic banking system is about the size of the balance sheet of Capitec, our sixth largest bank, despite a population of 80-million people. It has the lowest private sector credit extension on the continent at only 5% of GDP. On the other hand, Botswana and Mauritius are in some respects in a better position than South Africa’s banking industry with higher market penetration in some products.

This lack of development is both an opportunity and a problem. A lack of development represents a major opportunity to grow, provided there is political stability and legal reforms are undertaken to create the supportive environment that banks need. But it is also a challenge. The standard product suite just doesn’t suit many of those markets. Domestic competitors have a major advantage in being able to develop products for local conditions. For example, in a market like Tanzania, with about the same population as South Africa, less than 1% of adults have a credit card (the number in South Africa is 13.5% according to the World Bank’s 2014 Findex survey). But, more than 32% of Tanzanian adults have used a mobile money service in the last year, compared to 14% of South African adults. It looks like Tanzania will leapfrog cards in the development of its retail banking market with consumers developing a culture of phone-based transactions. South Africans, in contrast, will take many years to break out of their habit of using cards, just like they once had to break out of the habit of using cheques. South African banks will have to adapt to this relatively alien environment for their products.

When they get it right, though, African markets can be highly profitable. Some banks in Angola, Botswana, Namibia, Tanzania, Uganda and Zambia boast returns on equity of over 30%.

What has proved a clear opportunity for our banks is in large commercial finance, often alongside South African companies. South African banks have been big players in syndicated loan transactions joining global majors like Citibank and JP Morgan, with $27.7bn of syndicated loans done in 2013 according to the Loan Market Association. South Africans have also been increasingly involved in property finance and project finance in support of mines and other suppliers moving into the continent. Those will provide far more growth for South African balance sheets than retail and commercial banking, but margins are thin. For the rest, while growth will look good, the low base means local shareholders are not going to feel it any time soon in the returns from their banking shares.

To really get some life into them, the local economy has to turn around.

Stuart Theobald is CEO of Intellidex.