Until recently the market was against them; what have Anchor Capital and Sygnia been doing to improve performance? 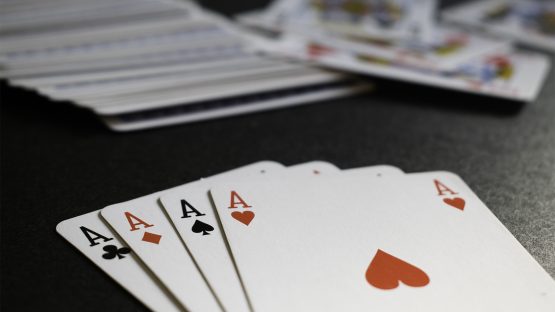 Asset managers Anchor Capital and Sygnia, once darlings of the investment community, have seen their share prices tumble to 12-month lows as difficult market conditions have put pressure on investment performance.

While industry peers are also feeling the ill winds, their share performance has not been as badly affected. Coronation, the industry bellwether, is down 6% for the year, Peregrine Holdings is up 6.26% and PSG Konsult is up 27.29%.

“Sygnia and Anchor were priced at stratospheric levels – they were cruising for a bruising the minute their performance was not up to standard,” says Anthony Clark, small-cap analyst at Vunani Securities.

“Those crazy share prices were a case of overinflated shareholder expectations,” adds Cassie Treurnicht, a research analyst at Gryphon Asset Management. “At one stage Sygnia was on a P/E ratio of 40x and Anchor on 50x. Investors who bought at those levels were destined to lose money.”

“After idling for almost three years the JSE All Share Index is on the move, climbing 10% since July,” says Treurnicht. “Positive market movements are good for asset managers, enhancing assets under management (AUM) and with that performance fees.”

Sygnia and Anchor, which have spent the last few years investing in new capacity, should benefit from this growth. For instance, Anchor has invested in building a product range across asset classes and geographies. It launched its unit trust offering in 2014, acquired a fixed income team in 2015 and 47.4% of hedge fund manager Capricorn in 2016.

It has also focused on building distribution capacity and bulked up on its ability to generate growth in AUM with acquisitions such as that of private wealth manager Portfolio Bureau.

As a result AUM, which are a primary driver of growth, have risen steadily since listing. Despite the subdued stock market and grim economy AUM rose to R52.7 billion (as of September 30 2017), up R6.9 billion (+15.1%) in the year-to-date.

However with markets just turning and hedge funds still out of favour, it may take a while before the benefits of a stronger market trickle through to performance.

“This is young business and as such it remains sensitive to market moods,” says Anchor CEO Peter Armitage. “While turnover growth was not enough to maintain profit levels in the last period, a lot has changed in the last three months.

“We can’t control the share price. We have invested significantly in the business – in people, products and processes and all we can do now is go out to bat and put runs on the board,” he says.

Sygnia has also not sat still since listing, evidenced by the fact that its AUM grew from R4.7 billion in 2007 to R184 billion at the end of September.

While the company is in a closed period, preventing CEO Magda Wierzycka from discussing the recent AUM update, it is worth noting that AUM grew 13.6% or R22 billion between June and the year-end in September.

Of course, this includes the R11.3 billion of DB-X assets acquired in the R325 million acquisition of the ETF business. Strip this out, as well as the recent rise in the All Share Index, and Sygnia’s AUM increased by 2% year-on-year. “This is not to be sniffed at, not many large asset managers have actually added to their assets in the period,” says Clark.

While Clark is expecting fair results for Sygnia’s 2017 financial year, there are several reasons why 2018 could be a very good year, he says.

“Over the last few months Sygnia has replaced some very low-cost AUM, which paid a pittance in annual management fees with higher quality, better margin paying AUM. So while the AUM growth may seem slim, the substance is much greater.”

The DB-X acquisition was earnings accretive from day one and will boost Sygnia’s annual profit after tax by R38 million. Sygnia will squeeze further profit from the acquisition by bringing all the dealing and administration in-house – whereas previously it had been outsourced.

DB-X (renamed ITRIX) clients are likely to move onto the Sygnia platform, incentivised by lower fees (which do not apply unless they move platform). This will enable cross-selling opportunities.

But Sygnia’s real ace, it seems, lies with the long-awaited National Treasury regulatory changes that will dramatically affect sizable assets in retirement funds. “A board of trustees should now allocate 30% of the retirement fund in their care to passive investment [index tracking] strategies,” says Clark. “If they do not do so they need to be able to justify why they have not, which could leave them open to fiduciary risk. Sygnia is now well placed with its low-cost index tracking and umbrella funds to meet the new industry demands and challenge the fees paid by rival index tracking funds.”

This makes Sygnia less dependent on the growth of the total savings market – whose slow growth is holding the entire sector back. Instead it aims to grow by taking market share from ex-growth competitors like umbrella funds, multi-managers, active asset managers and actively-managed unit trusts.

Anchor, on the other hand, is reliant on heavy marketing and the growth of its private client business.

That said, neither business is to be ignored. “While I might lean towards Sygnia at the moment, both of these are small businesses with a good growth story,” says Treurnicht.