The world’s biggest index provider may adjust its stock weightings. 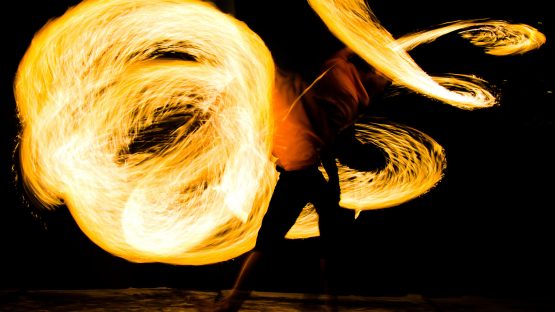 This week MSCI Inc, the world’s largest provider of indexes and analytics, will decide whether it will treat stocks with unequal voting rights differently. It has proposed that it should adjust the weights of stocks like Naspers, Google and Visa in its MSCI Equity Indexes to reflect shareholders’ diminished voting power.

This is a decision of enormous significance with MSCI’s proposed approach likely to remove (or restrict) about 4% of the market capitalisation from the current MSCI World Index and 11.2% from the MSCI ACWI Index, which covers both developed and emerging markets. The latter contains 243 stocks with unequal voting rights out of a total of 2 493 companies (as of September 2017), according to Dmitris Melas, MSCI’s MD and head of core equity research.

The largest of these companies are Alphabet, Facebook, Berkshire Hathaway, Samsung and Visa.

MSCI’s decision, when it comes, follows almost a year’s worth of consultation with the investment community.

That the debate is complex is reflected by the fact that it has been ongoing for decades, but was brought to the fore with Google’s listing 15 years ago. And the list of companies employing these structures is not getting shorter. Recently companies like Dropbox, Spotify and Snap (founder of Snapchat) have listed shares with unequal voting rights.

On the one hand executives like Naspers chairman Koos Bekker argue that retaining superior voting power protects them from hostile takeovers, particularly when operating in foreign markets. At the same time, this security frees executives from the pressure to deliver short-term results.

Equity investors argue that in today’s age of corporate malfeasance, voting power enables them to express their views on things like executive remuneration, perceived conflicts of interest and other corporate governance decisions.

Caught between the two are stock exchanges, regulators and global regulatory coordinators who have not adequately responded to the growing separation of ownership and control.

There are more than 20 large stock exchanges in the world and hundreds of smaller ones and competition for new listings is intense. Thus many have adopted (or are planning to adopt) listing requirements that will further accommodate misalignment.

There is no doubt that the ideal regime is one where there is alignment between economic rights and voting power. Voting is an important tool for investors to exercise their ownership rights.

Dual class or unequal share structures tend to be used by companies that have recently listed, are in innovation-driven sectors like technology or health care, and have active owners. Certainly the listing of Snap last year saw investors ‘snapping up’ ordinary shares (sorry!) with no voting rights and barely any sunset provisions (where a company commits to removing the structure over time).

That said messing with indices is also problematic as the job of a broad equity index is to accurately reflect the international investable opportunity set of equities.

It has been argued by the likes of BlackRock and the Council for Institutional Investors that while the logic behind MSCI’s proposal (to adjust the weights of unequal voting stocks in the index) makes sense, and could in fact encourage companies to move towards the “one share, one vote” principle, its implementation could have far-reaching and potentially unintended consequences.

Apart from one-off effects (costs associated with adjusting indices), the move would skew the composition of the MSCI indexes and would limit portfolio diversification for investors who want to follow the broader index – with all of its foibles. Imagine if Facebook and Alphabet were weighted down in the MSCI World Index? The unintended consequence is that portfolios would be concentrated in more mature companies, in more traditional industries, with dispersed and passive ownership.

It is difficult to predict the potential impact of this proposal on the equity market and Thursday’s decision will be watched with interest.