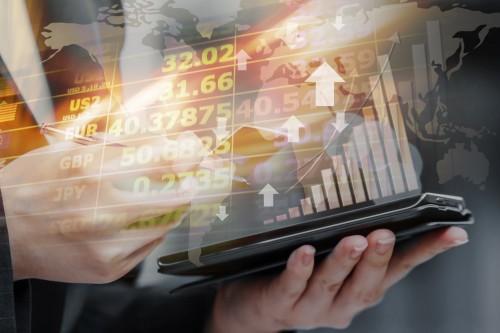 The mid and small cap space on the JSE is always interesting. While the larger, more well-known companies on the bourse tend to receive most of the attention from analysts and investors, there are dozens of very good businesses in interesting sectors lower down the market that are often overlooked.

Evidence of this is that while there are over 120 general equity unit trusts available in South Africa, there are only seven specialist small cap funds. Many investors stay away from these smaller companies because of concerns over their liquidity and volatility.

For astute stock-pickers, however, the small-and mid cap space can be very productive. It offers the opportunity to find mispriced opportunities that large parts of the market may miss because they are not focused on these areas.

Investors who are keen to look at this space can get an idea of which stocks could be worth following by looking at the portfolios of local small cap fund managers. The Nedgroup Investments Entrepreneur Fund, SIM Small Cap Fund and Investec Emerging Companies Fund are three good long-term performers, and their holdings are certainly worth scrutinising.

The below tables show which counters these funds bought into, and which they sold out of over the 12 months to the end of June 2015. The share must have had a weighting of more than 1% to be considered.

The tables also show any substantial changes to positions within the funds. To be reflected, the change must be more than a 1% shift in the weighting of the holding, which is due to not just price movement. The first interesting thing to note is that the Nedgroup Investments fund has clearly altered its preference for stocks within particular sectors. In the hospitality sector it bought into City Lodge and upped its stake in Sun International while moving out of Tsogo Sun. In financial services,
it sold out of Coronation and Liberty, while it added Peregrine to its portfolio and increased its interests in Santam and Alexander Forbes.

The fund has also moved away from stocks exposed to the construction and mining sectors. Group Five and Glencore are the most obvious casualties there, while Eqstra and Omnia also depend on those sectors for large chunks of their earnings.

Most interesting, perhaps, is the positions the fund has taken in local consumer stocks – specifically the retailers Foschini, Cashbuild, Italtile and Holdsport. Despite concerns about the local economy and the pressure on local consumers, all four of these counters have enjoyed good price momentum over the last twelve months. Foschini and Italtile are both up around 30%, Holdsport 40%, and Cashbuild’s share price has more than doubled. 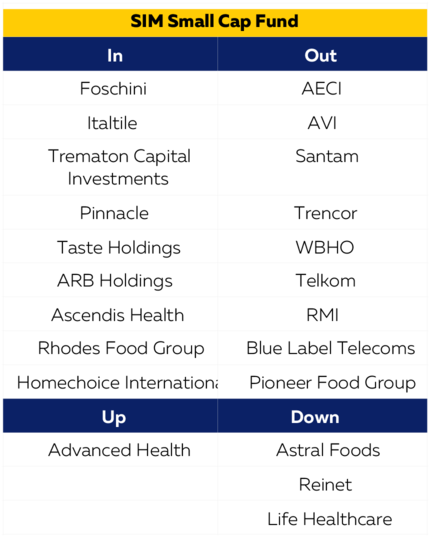 There are some notable similarities between the SIM and Nedgroup Investments funds, and the choice of retail stocks is one of them. SIM has also bought into Foschini and Italtile, although its most interesting purchase in this space has been Homechoice.

The home shopping retailer is up around 16% since it listed in December, but analysts are very divided on the prospects for its business model. The SIM Small Cap Fund is one of only three local unit trusts that holds it.

Another choice in the SIM portfolio that is shared by very few other funds is Trematon. The property and leisure investment group has, however, done very well over the last five years, with its share price up nearly 300% since 2010.

SIM has also adjusted its portfolio with regards to local food producers, including Rhodes Food Group while selling out of AVI and Pioneer, and reducing its exposure to Astral. Like the SIM fund, Investec has also shown a preference for Rhodes when it comes to food producers. At the same time it has sold out of Clover, RCL and Illovo.

There has also been a shift in the fund away from mining counters. London-listed diamond miner Petra, Aquarius Platinum and Sibanye all fell out of its portfolio.

Interestingly, however, it increased its stake in Coal of Africa. The coal miner’s shares have been hammered in the last four-and-a-half years, falling from over R12 in early 2011 to a low in April this year of just 25 cents. However, some analysts do feel that demand from Eskom could bolster the fortunes of local coal producers and that there may be a recovery in sight.

Another counter with exposure to the mining industry that the fund manager likes is Master Drilling. Many analysts believe that the raiseboring business, which has continued to generate good earnings despite the mining downturn, represents outstanding value at a current price-to-earnings ratio of under 10.

The bolter in the portfolio is probably Niveus Investments. The holding company with interests in gaming and alcohol enjoyed sharp share price growth from R10 a share in late 2012 to a high of over R37 in December last year, but has stalled since. It currently trades at around R25.

Have asset managers been absent landlords?

What top large cap managers have been buying and selling

Have asset managers been absent landlords?

What top large cap managers have been buying and selling