The what, how, why – and whether you should invest. 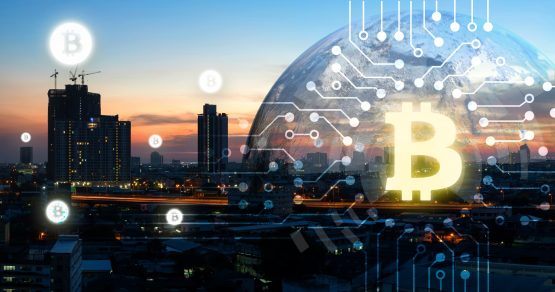 Bitcoin is taking the internet by storm. It was the top performing currency in 2016, gaining more than 126% against the US dollar. And its 300 000-strong daily transactions power a digital economy worth between $200 million and $300 million per day, according to a joint study by the University College London, Deutsche Bundesbank and the University of Wisconsin-Madison.

For those familiar with the cryptocurrency, it holds enormous potential and threatens to upend the global payments landscape. For others, the question remains: is it really revolutionary or is it just magic pixie dust?

What is bitcoin and where did it come from?

Bitcoin, as defined by the pseudonymous Satoshi Nakamoto, is “peer-to-peer version of electronic cash [that] would allow online payments to be sent directly from one party to another without going through a financial institution”.

The Nakamato persona, who is credited with creating the Bitcoin protocol, first floated the idea of the currency in an academic paper in 2008 and was active in the official Bitcoin forum before disappearing. To this day, various attempts to unmask Nakamoto have failed but (s)he/they are/is said to hold a fortune in bitcoin.

Bitcoin is created through a process called mining, in which specialised computers called miners process data related to the currency network in compensation for bitcoin. Bitcoin has a finite supply as the protocol allows for only 21 million bitcoins to be mined. Each bitcoin can be split into 100 000 000 units, with each unit or 0.00000001 bitcoin called a satoshi.

A full “history” of each bitcoin and every satoshi is stored in an immutable public ledger, the blockchain.

How do I get bitcoin?

Bitcoin can be purchased online through one of the many exchanges and trading platforms. Since the exchanges operate in an unregulated space – neither the South African Reserve Bank nor the Financial Services Board regulate the cryptocurrency or register the exchanges –  it is important to vet them.

Angus Brown, co-founder of Centbee, suggests carrying out the same checks on a bitcoin exchange as one would when buying shares in any other company. Such checks may include verifying that the company is registered with the relevant authorities, looking into its history and media presence, and whether it lists terms and conditions and legal constructs on its website.

“If you’re buying an asset that you’re unsure about, start small. You don’t have to spend R10 000 buying bitcoin, you can buy bitcoin for R250. So spend R250, buy your fraction of a bitcoin, make sure you get it into your bitcoin account and actually go and use it to make sure that it’s there,” he said.

The failure of Mt Gox, from which around $400 million in bitcoin was stolen, and the $65 million hack on Bitfinex, also highlight the importance of interrogating an exchange’s security.

“We keep the majority of funds offline; on devices that never get connected to the internet. This is known in the industry as “cold storage” [and is] an essential step to keeping funds safe. Many of the hacks that happened in the past were due to operators who do not apply these industry best-practices or any security practices at all,” said Werner van Rooyen, head of growth at South African exchange Luno.

He added that Luno’s funds are stored using multi-signature security with independent third party providers, that private keys for offline funds are kept in bank vaults in different places around the world and that sensitive customer information is encrypted and passwords stored in hashed form. The exchange is also said to carry out regular financial and security audits.

Upon purchase, bitcoin owners are issued with a public key, which can be verified against the ledger, and a private key. Both keys are necessary to transact and can be stored in bitcoin wallets, which are similar to bank accounts.

Bitcoin is typically used to spend, invest and trade.

A growing number of South African merchants accept bitcoin as real-time payment for online purchases. But to protect themselves and customers from fluctuations in the bitcoin price, payments are processed using rand spot prices.

“Orders placed on Takealot.com are all in rand. If the bitcoin payment option is selected, PayFast informs the customer of the bitcoin amount required, and the customer makes payment to PayFast. PayFast then remits the rand amount of the order to Takealot.com in cash,” explained Julie-Anne Walsh, chief marketing officer at Takealot.

Although PayFast provides the service to a number of merchants, bitcoin makes up less than 1% of the monthly transactions processed, said Jonathan Smit, managing director of PayFast.

Bitcoin is also regarded as an investment tool, and in some cases an alternate to gold.

According to Capital Economics’ global chief economist Andrew Kenningham, bitcoin and gold are similar in that they are independent of governments and central banks, are in finite supply and have no identifiable income streams which make them hard to value.

“Personally, I think bitcoin is a very poor substitute for gold. It has a much shorter track record than gold, is more subject to regulatory [and potentially technological] uncertainty, and it is much less liquid and less transparent,” he said.

“If bitcoin is a Ponzi scheme, then gold is a Ponzi scheme too because they’re based on the same ‘sound money’ principles such as predictable and finite supply,” countered Lorien Gamaroff, CEO of Bankymoon.

He referred to bitcoin as a hedge against inflation and economic uncertainty, similar to gold.

According to Gamaroff, Bitcoin has the potential to directly compete with trillion dollar markets such as the $2 trillion annual market for electronic payments, the $1 trillion annual e-commerce market and the $4.5 trillion cash market among others.

“Even a small fraction of value moving out of these markets into bitcoin will cause the price to skyrocket,” he said.

As with all investments, buying bitcoin carries risk. But whether South Africans can seek advice from financial advisers is debateable.

“It is not currently listed as one of the products that licensed financial advisers may advise on. So there are concerns about whether they are allowed to give advice and if they do, whether they may face any recourse for giving bad advice,” said Nerushka Bowan, a technology lawyer at Norton Rose Fulbright.

Volatility in the bitcoin price, which is often more dramatic than that of fiat currencies, also draws traders.

“The bitcoin price is determined strongly by technical patterns. The market is small and traders are generally unsophisticated. Fundamental issues like exchange hacks or government action have a large impact on the price. Complex markets such as widely used commodities and currencies are large and are affected by a multitude of factors. Unpredictable weather events can affect the price of food, central bank actions impact the price of gold and new discoveries of oil or metals can impact supply and therefore the prices as examples. Bitcoin supply is predictable and energy costs involved in transaction processing, or mining can be factored in. Bitcoin has a short history and people are generally unsure whether or not it will survive over the long term. This makes speculators trigger happy and of short-term thinking,” said Gamaroff

The bitcoin price does however appear to be linked to sentiment in China, which makes up around 98% of global trade volumes. Statements from the People’s Bank of China have caused wild fluctuations in the bitcoin price in 2017. It’s said that the central bank wants bitcoin exchanges to comply with the regulations as a means to control the outflow of yuan.

“I don’t think people should get distracted by China and the short-term fluctuations of the price, but rather look at the overall trends and the potential that comes with this exciting new technology. The bitcoin price is determined by many very complex factors and it’s easy to point to specific events but one should be careful to confuse correlation with causation,” said Van Rooyen.

In a 2014 position paper, the South African Reserve Bank said it would not oversee or regulate the space. It was believed that currencies did not pose a significant risk to financial stability, price stability or the national payments system.

“At this stage, I think the regulation will come later and be built around the technology when we see widespread adoption,” said Bowan.

The Sarb, however, is known to have a team that observes developments in the fintech space and regularly engages with cryptocurrency stakeholders.

Industry stakeholders are said to welcome regulation as it will bring legitimacy to market, build trust for businesses and safeguard consumer rights.

There’s no denying it, in less than ten years Bitcoin has created its own economy of sorts, generated enormous hype, spurred several copycat cryptocurrencies and caught the attention of regulators. However much of its future growth and widespread adoption hinges on it being viewed as legitimate legal tender and shedding its reputation as a currency that powers the dark web. Until then, it may well just be pixie dust to the average consumer and investor.

How to recognise a Ponzi scheme

How to recognise a Ponzi scheme