Taking its place on the stage 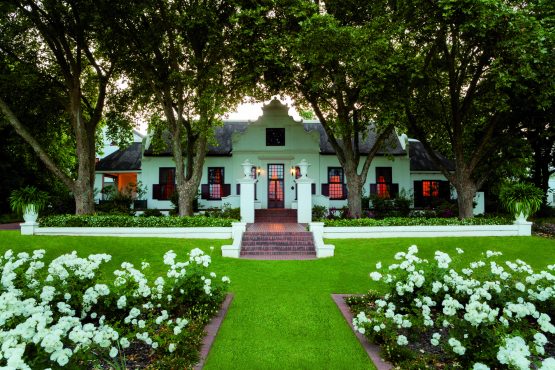 Distell is in the process of transforming into a small, but exciting global alcoholic brands business. Picture: Shutterstock

This article was first published in the September issue of the Moneyweb Investor. Click here to read the magazine in full, at no cost to your pocket.

Distell makes the world’s best brandy and has a rich portfolio of award winning wines, ciders and spirits, yet somehow it has remained the company that also ran.

It is early days yet, but there are tactical moves being made that could transform Distell into a small, but exciting global alcoholic brands business.

For a start the strategy is less grandiose. Rather than chasing portfolio and geographic expansion willy-nilly, which proved highly capital intensive, Distell now focuses on products and geographies where it has existing competitive advantage.

This approach should prove more asset efficient and should result in Ebitda growth. Leading from this, CEO Richard Rushton has committed the company to doubling revenue and Ebitda growth by 2012.

While group revenue increased by 3.7% to R22.3 billion in the year to June, headline earnings decreased by 3.6% to R1.6 billion.

However, efficiency improvements and cost containment initiatives helped the business lift headline earnings adjusted for currency movements by 7.4% in a year where volumes were flat for the first time since 2005.

That focus is key was rammed home with the announcement that Distell has sold crown jewels such as the Stellenzicht and La Bonheur wine farms, with others possibly in the offing. Touching the company’s extensive network of wine farms was previously considered taboo.

Simplifying its asset base will allow Distell to reduce working capital and, in this case, focus on just four premium wine brands – Nederburg, Durbanville Hills, Alto and Fleur du Cap. A dedicated wine unit has been formed to drive their growth.

“We don’t need to own wine farms to drive our strategy,” says Rushton.

Wine brands are not the only ones under review. The entire brand portfolio, which includes wine, spirits, ciders and other ready-to-drink offerings, will be simplified, allowing Distell to focus its investment in selected areas.

“This focus is essential. Big global players like AB InBev pose a big threat,” says Chris Logan from private investment firm Opportunaté. “Heineken has made cider one of its six priorities and AB InBev will be eyeing their lunch too.”

An important step in Distell’s bid to become more fleet-footed is the long-awaited decision to simplify its multi-tiered ownership structure. This sees Remgro and Capevin own an effective 80.58% of the company, leaving just 19% available for the free float.

A simpler structure, which is yet to be voted on, will increase the free float to 37.5%, and should make the company more attractive to investors. It will also enhance the group’s ability to raise capital for acquisitions, which it can’t do currently.

The move is important, as Distell’s focus has shifted towards inorganic growth through small acquisitions as organic growth is challenging in the current economic environment.

This is evidenced by the acquisition of a 26% stake in Angola-headquartered Best Global Brands for R710 million in July 2017, the 75% stake in Cruz Vodka purchased from Blue Sky Brand Company in April 2017 and the increased stake (to 52.4% from 26%) in KWA Holdings East Africa.

While African markets, outside of South Africa, delivered flat revenue on sales volumes that were down by 5.2% compared to the previous year, the region remains integral to the strategy. “Fundamentally we are long-term optimists in Africa. We will continue to invest so that we are ready when the cycle turns,” says Rushton.

Rushton also notes that they are watching for opportunities in certain developed markets, in Latin America and China. “China is a big bet.”

Acquisitions will only be entertained if they provide a strategic ‘route to market’. “The acquisition of Burn Stewart Distillers (2013) provided us with a fantastic platform for growth in Taiwan, which is one of the world’s largest whisky markets,” says Rushton. “We have used the strong base there to seed Savanna and some wines in that market. It’s a classic example of how we can bulk up an acquisition with other products.”

Management’s strategic efforts have been received favourably by the few analysts that actually cover the company. “It will take two to three years to fully implement this strategy, which management has guided on,” says Reuben Beelders, a portfolio manager at Gryphon Asset Management. “So it’s not for short-termers or the faint-hearted. But they have an exceptional portfolio of brands and I am sure they will pull the available leavers to continue to generate solid growth into the future.”

However turning an inward looking South African company into a global liquor giant takes more than selling off a few wine farms and making a few strategic acquisitions. “What they need is ‘high velocity decision making’, a term coined by Jeff Bezos,” adds Logan. “The likes of Ab InBev and Treasury Wines make decisions quickly and execute on them fast. You cannot run a multi-national from Stellenbosch.”

Rushton, who once ran SAB Miller’s operations in Columbia, knows this well and has begun the difficult process of implementing cultural change. The top management team has been reduced from 20 to 12, and is now more diverse, with considerable industry and international experience, he says. “There is now momentum and shift in gears to break out.”

In addition a change in management programme to build the belief and entrepreneurial mindset necessary to thrive beyond SA and the Western Cape is underway and steps are being taken to decentralise decision-making away from Stellenbosch and empower regional heads.

“There is work to be done, but we are on our bicycles,” Rushton says.