Have hedge funds outlived their usefulness? 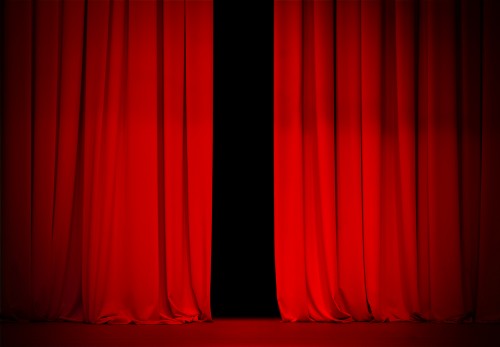 Is the era of the hedge fund coming to a close? Globally, these money makers are coming under attack. Their fee structures, typically the notorious “two and twenty” model which allows them to charge 2% of assets and 20% of profits each year, is increasingly seen as a rip-off.

To some extent hedge funds face the same vitriol that is being dished out to active investing as a whole. The extra fees that hedge funds charge as opposed to normal long-only funds, who get around 1.25% of assets, make them even more of a target. Why pay these fees, goes the typical assault, when an index tracking fund, such as an exchange traded fund (ETF), that costs a few basis points, can do just as well?

The attack has been given impetus by the recent performance of hedge funds worldwide. Since the financial crisis, which exposed many as having less than optimal risk management practices, funds have struggled to generate consistent returns. This year is turning out be a shocker, with hedge funds down about 2% on average globally. Just this month a number of the biggest funds in the world came unstuck when their shorts on Glencore were undermined by a 20% recovery in that stock. One of the most devastating reviews of hedge fund performance by analyst Simon Lack, whose 2012 paper The Hedge Fund Mirage: The Illusion of Big Money and Why It’s Too Good to Be True (google it, it’s a great read), included this observation: “Investing in the business of hedge funds is so much better than being a client.” His paper found hedge funds did a little better than shares and a bit worse than bonds between 1998 and 2011, with things particularly bad post 2007.

Not all data agrees. A 2014 study published in the Journal of Private Equity on European hedge funds found they outperform stock and bond indices and do so at lower volatility, which implies less risk. In South Africa, hedge funds had a great 2015, with research by Novare Investments showing they returned almost 15% in the year to end February while the JSE returned only 3.7%. But in 2014 average returns were 10% while the JSE did 18%. The local industry has doubled its assets under management in the last five years to R62bn so the business of hedge funds here is thriving. Looks like Lack’s observation applies in SA too.

Funds can be of various types, but the biggest type locally and in the rest of world is long/short equity. Managers pick stocks they think are going to fall in price and short them, while going long on other stocks they think will appreciate. This can mean that funds are “equity market neutral” which implies the portfolio won’t be affected by which way the overall market moves, though in fact most have a long bias. Such long/short strategies aim to generate “alpha”, that mythical extra return that active managers try to earn by picking stocks the rest of the market hasn’t quite valued correctly. The academic literature makes it clear that it is notoriously hard to distinguish someone who is good at finding alpha from someone who is just lucky. Over time alpha averages out to the mean return of the market. And if that’s ultimately all a fund manager is delivering, there is no reason to be paying him for it.

Even if funds are able to deliver superior risk-adjusted returns, there may be cheaper ways to get them than a highly paid hedge fund manager. Hedge funds are notoriously opaque in terms of what they are actually doing (though regulations are changing that, including locally), but the wizardry is increasingly capable of being implemented through automated strategies. While we don’t have them in South Africa (yet) the US market boasts hundreds of ETFs that use long/short strategies or even “inverse equity”, usually at an annual fee of less than 1%. They can use filters and factor-based models to select stock for either side of their exposures. Some are also actively managed, but even then fees are less than 2%.

This all said, there is still scope for intelligent investment decision making. If cleverly designed ETFs can replicate the strategies of most hedge funds, someone still has to do the job of choosing the ETFs. And there are some strategies that don’t appear capable of replication, such as event-driven strategies that swoop on special situations like defaulting sovereigns or complex corporate disputes, usually bringing an army of lawyers alongside them. The people who get on with the job of such decision making may want to call themselves “hedge funds” if they like, though it seems even more of a misnomer than it has been given that hedging really isn’t the point. Ultimately it looks to me like the curtain is drawing on the era of hedge funds, but active decision makers will continue to ply their trade in another name. Inspiring words from an advocate recently incarcerated in Zimbabwe.