Esport is the new investment opportunity. 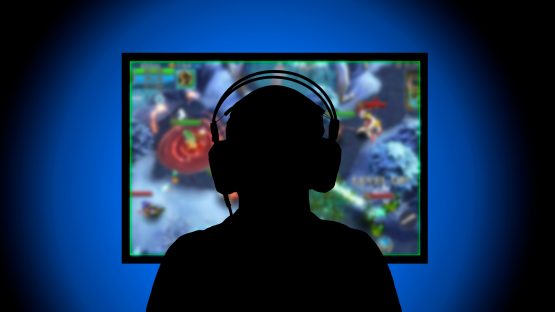 It used to be that the coolest kid at school was the captain of the netball or rugby team. However, the day may not be far off when the coolest kid in school is the one with the highest player rating in the first-person shooter online game Overwatch.

The top gamers have turned professional. Sponsorships and broadcast deals are reaching tens of millions of dollars. Millions of people are watching.

This is not just recreational gaming any more. It is esport, the competitive edge of an already substantial industry.

Last year the global esports market generated revenues of $655 million. A recent report from Goldman Sachs estimated that by 2022 this will reach $2.96 billion.

In 2017, media rights accounted for around 14% of esports revenue. Goldman Sachs predicts that this will grow to 40% in the coming years.

One should consider that the League of Legends World Championship last year attracted more than 100 million online viewers. In January of 2018 Twitch also attracted more viewers than CNN or MSNBC. It now averages more than 1 million viewers per month.

Mainstream channels like ESPN and NBC have also recently signed esport deals. In South Africa, there is already an esport channel on DSTV – GiNX on channel 240.

This is turning into big business, and that also means it’s a growing investment opportunity.

“eSports has lots of structural growth ahead with growing societal acceptance of computer games as a sport combined with deflation in the cost of the hardware and software needed to participate and become a spectator,” says Ruan Stander, a portfolio manager at Allan Gray. “There will most likely be a couple of big successes skewed towards mega hit games that are successful in building esport businesses around them and in doing so perpetuating a virtuous cycle of fans becoming participants and participants becoming fans.”

Gerrit Smit, the head of equity management at Stonehage Fleming, says that the centre of this industry is currently in Asia.

“I think China especially and South Korea to a lesser extent are way ahead of the west in terms of their participation in esport,” Smit says. “It has developed to a stage where there are particular esports people who have become recognised as heroes in gaming communities. It has already become something like people watching the main stars playing in live sporting events.”

The Goldman Sachs report estimated that the number of people playing online has reached 2.2 billion. That is just under a third of the world’s population.

However, only around 5% of these watch esport, which suggests that the potential for growth just amongst currently active gamers is significant. This obviously presents an opportunity for media companies, particularly streaming services like Amazon’s Twitch or Google’s YouTube.

The even greater investment opportunity, however, is in the companies that actually develop the games that become popular.

“Direct investments are hard to find and risky due to the difficulty in predicting success and longevity,” says Dirk Noeth, an analyst at Centaur Asset Management. “Probably the best strategy to invest in this space would be to focus on the big names like Tencent, ATVI, Amazon and Google.  Only ATVI (Activision) is a pure-play on gaming, with the other players having substantially different core earnings drivers.”

These larger players tend to buy out any companies that come up with hit games anyway, since they have the balance sheets to protect their market share. The only large unlisted gaming-focused company is Valve.

“It owns the steam platform as well as rights to Dota2, and Counter-Strike: Global Offensive, which typically attract large crowds,” Noeth says. “There has been talk of it coming to market, but it does not seem to need any capital at present.”

The good news for South African investors is that the current leader in this space is Tencent, which can be accessed through Naspers.

“They are a leading developer and marketer of games,” Smit says. “They have also clearly adopted a strategy of diversifying into the west by buying leading game developers such as Supercell Oy in Finland.”

“Online games contributed 40% to Tencent’s Revenue in 2017, growing 38% from 2016,” he points out. “Tencent games like League of Legends (PC) and Honour of Kings (mobile) are actively developing esports businesses to strengthen the franchise and improve the longevity of the underlying games.”

Tencent is also spending a lot of effort identifying smaller companies with promising ideas. It then takes large minority stakes in order to support their development putting it in a perfect position to make a full acquisition if the game catches on.

The company’s open platform also allows tech entrepreneurs to work on their ideas without having to own the infrastructure. Tencent won’t necessarily take a stake in what they are doing, but the company is nevertheless attracting talent into its universe and placing itself as the obvious first mover if something noteworthy develops.

“Overall, they have announced a five year plan for spending $15 billion on further esport development,” says Smit. “Those are serious numbers.”

The potential for playing and watching esport on mobile devices is also a significant growth driver.

“It allows gaming to spread even further, where anyone on the go can play or watch,” says Smit. “Of the growth in esport in China last year, more than a third was on mobile devices.”

Ultimately, Smit is bullish on the outlook, particularly since growth in esport has thus far been predominantly in Asia, and there is therefore substantial potential in the rest of the world.

“The kinds of sponsorship and media deals we see in traditional sports like tennis or golf are going to happen in esport as well,” he says. “Slowly, but surely, that eastern culture of esport is going to become a global one.”