What top boutique managers have been buying and selling 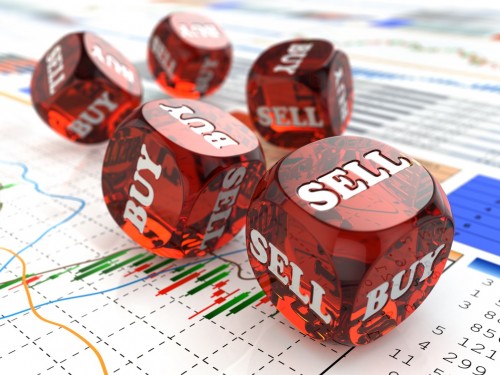 Over the past three years, a number of the top performing general equity funds have been offerings from boutique managers. These quality smaller firms are continuously proving that they have the skills and processes in place to provide outstanding returns to investors.

Three managers who have performed consistently well over this time are Anchor, Fairtree and Truffle. The equity funds run by these companies are all managed by highly regarded and experienced individuals who have moved from larger asset managers and are now establishing enviable track records in their own right.

In order to evaluate how these managers have been positioning their portfolios, the tables below show which counters they have bought into, and which they sold out of over the 12 months to the end of December 2015. The share must have had a weighting of more than 1% to be considered. The tables also show any notable and substantial changes to positions within the funds.

The final table shows their top ten holdings at the end of December 2015.

The first thing to note is that Anchor has continued to be very active in its portfolio management, with substantial changes taking place during the year. This is one of the advantages to running smaller funds, in that it is easier to enter and exit positions.

During 2015 Anchor essentially got out of the resources sector completely, selling its holdings in the big diversified miners Glencore and BHP Billiton. It also sold a smaller position in Anglo American. To some extent this has contributed to Anchor producing a negative return so far in 2016, but its longer term record has been so good that it is still the top performing equity fund over the past three years.

It is also interesting that the fund managers took profits on Curro and Capitec, which have both shot up in value over the last few years. In addition, it moved out of Nepi, which has also run hard.

Many of the stocks it bought into were in the financial sector – the biggest of them being FirstRand and the JSE. The managers also favoured investment companies Astoria, Brait and Reinet.

Another company Anchor added in the financials sector was Peregrine. The financial services business has been receiving increased attention from the market and has become a favoured pick amongst the listed asset managers.

There are a few very strong themes evident in Fairtree’s approach over the last year. With the most evident being a move away from the defensive, quality stocks that have largely been in favour over the last few years.

The managers have reduced their exposure to healthcare companies Mediclinic, Aspen and Life Healthcare, sold out of the telecommunications businesses Vodacom and MTN, and also moved away from the highly stable brewing and tobacco giants SABMiller and BAT.

The other side to that coin is that the fund then bought into out-of-favour gold miners Sibanye, Gold Fields and AngloGold Ashanti. Given how the market has performed over the first few months of this year, this has proved to be a fortunate move as the fund is one of the top performers for the year to date.

The other prominent theme is that it shared Anchor’s taste for financial counters. Fairtree’s most aggressive purchase over the year was Old Mutual, but it also substantially increased its exposure to Investec, Sanlam, Standard Bank and MMI Holdings.

The managers also continued to believe in local retailers, despite general concerns about the South African consumer. It favoured Spar and Truworths, although it did sell down its holding in Shoprite.

The Truffle portfolio was the most stable of the three over the year, particularly among its largest holdings. Its top five positions – Naspers, BAT, Old Mutual, Steinhoff and SABMiller – did not change.

Like the other two funds, Truffle also saw value in the financial sector during 2015, buying into Investec and RMB Holdings, through which it gains exposure to FirstRand. At the same time it did however sell out of MMI and Liberty, while reducing its exposure to Nedbank.

The managers also took some assets into the commodity space, through BHP Billiton and Sappi. Although not reflected in this table it also holds smaller positions in a handful of platinum producers as well as Pan African Resources.

Finally, Truffle’s purchase of shares in Intu emphasises how managers are tending to see more value in the property counters listed locally that have international assets. The fund also holds a substantial position in Capital & Counties.

Life Healthcare to spend up to $1bn on European acquisition

Life Healthcare to spend up to $1bn on European acquisition