Despite positive traction from new initiatives. 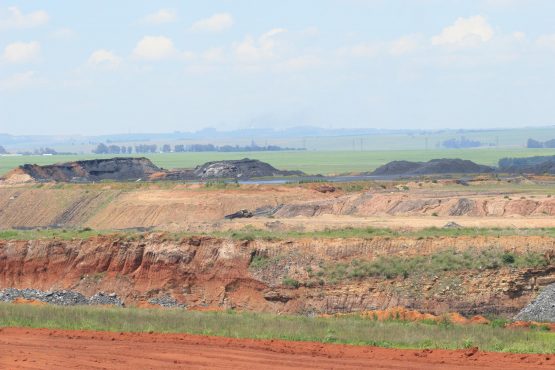 Nature of business: Wescoal is involved in the exploration and mining of coal. Through its subsidiaries Chandler and MacPhail, it provides logistical support for distributing coal to the market. It operates its mining business through three collieries, Khanyisa, Intibane and Elandspruit.

Wescoal was one of our stock picks for 2017 published by The Investor early this year. Many things impressed us. Management was making progress in stabilising the flagship Elandspruit colliery, restructuring the coal trading division and securing coal supply contracts – including a much-anticipated coal supply agreement with Eskom. It had also finalised a BEE transaction that not only guaranteed black shareholding of more than 50% for the next five years, but also injected about R176 million of new equity. We felt these initiatives created a solid platform from which the company could grow and this is proving to be the case, with the company exceeding our expectations.

Elandspruit is now functioning at full capacity. Management says production at the mine consistently averaged more than 200 000 tons a month during FY17, which saw total production exceeding our target of 1.8 million tons a year.

Initiatives at its smaller colliery, Intibane, saw sales rising to 853 000 tons (FY16: 522 000t). We had projected lower sales of about 600 000 tons from this mine. The restructuring of the trading division also successfully reduced the division’s exposure to low-margin, high-risk business and optimised the fixed cost infrastructure.

A strong operational performance in the mining division, underpinned by Elandspruit operating at full capacity and a consistent performance from the trading division, saw revenue leap 33% to R2.12 billion (R1.59 billion). The gross profit margin grew to 17.4% (FY16: 15.8%) as the mining division benefited from improved unit costs on the back of increased production. Earnings before interest, tax, depreciation and amortisation (Ebitda) were dented by non-recurring costs relating to a non-cash BEE discount of R82 million and the Keaton transaction expenses of R8.5 million. Excluding these non-recurring costs, Ebitda was at R294 million, 94% up on the previous year. Headline earnings came in at 11c/share (FY16: 27.1c/share) or 53c/share before non-recurring costs.

Despite this sterling earnings performance, the share price has been disappointing, as shown on the graph below. Nonetheless, we are still confident that the counter will deliver the upside implied by our valuations and we maintain our buy call. Investors are likely to buy in when results from the ongoing initiatives come through. Operations are now more stable and predictable; the balance sheet is healthier and cash flows are more certain.

Also bolstering the group’s investment case is the recent acquisition of its peer, Keaton Energy. Keaton’s prospects as a standalone company were not that exciting, but the acquisition gives Wescoal access to some quality long-life assets and creates opportunities for harnessing economies of scale. Wescoal has an opportunity to leverage overheads and lower fixed unit costs across businesses. Further cost savings will be achieved from the potential rationalisation of Keaton Energy and Wescoal head offices. Other savings will come from lower administrative costs, which include listing fees, audit fees, financial statement preparation costs and JSE continuing obligations.

The company is also considering further acquisition targets. In an interview with Miningmx, Wescoal CEO Waheed Sulaiman said the group was likely to clinch another deal within the next 18 months. He also said that Keaton Energy gave Wescoal a larger financial and operating base from which to pursue further acquisitions. Given the depressed coal prices, Wescoal is snapping up some valuable assets on the cheap. If prices improve these acquisitions will prove very valuable.